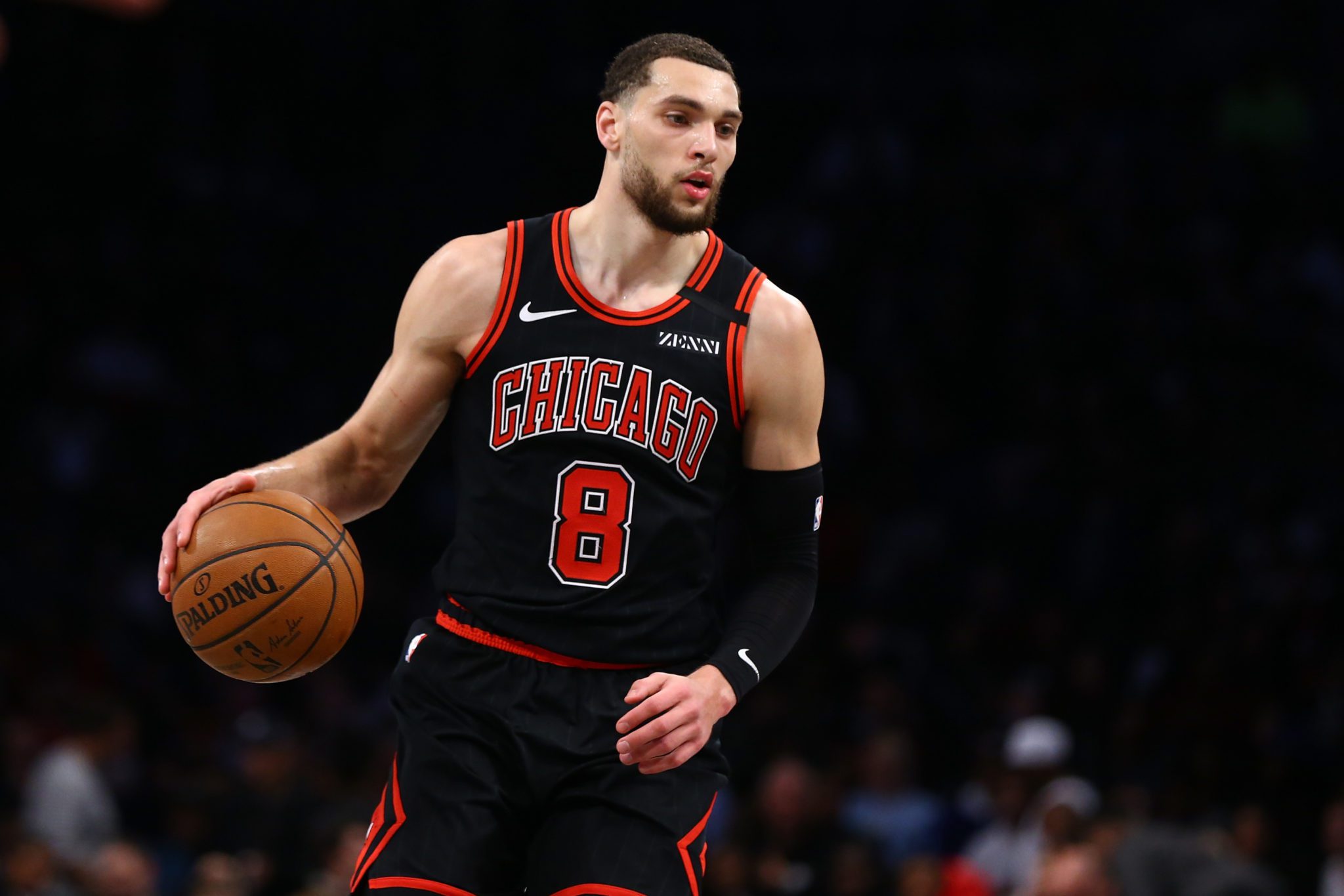 The 4-0 Bulls are off to their best start in 25 years, and guard Zach LaVine isn’t about to let a minor injury stop Chicago’s momentum.

LaVine suffered a small ligament tear in his left thumb but still plans on playing in Thursday night’s game against the 3-1 New York Knicks per Shams Charania of The Athletic.

The six-foot-five LaVine underwent an MRI on Tuesday and was seen practicing with his thumb taped on Wednesday.

“I think right now it’s just trying to figure out how to manage the pain and keep it safe,” said LaVine.

The seven-year veteran said he had already jammed his hand but injured it further during the Bulls win against the Toronto Raptors Monday night.

“Obviously, I don’t want to put myself in any danger,” LaVine said per ESPN. “I don’t have all the information on it yet. We’ll see how I feel tomorrow and go from there. But you know me, I try to play through everything. If I’m able to, I will.”

“I would think that if he does not jam it again or get hit there again, that it will heal, and he’ll be OK,” coach Billy Donovan said.

LaVine, 26, is averaging 25.5 points on 50 percent shooting, 44.4 percent from behind the arc, along with 5.3 rebounds and 4.8 assists in the first four games of the season for the new-look Bulls.

DeMar DeRozan and Lonzo Ball have added serious firepower to a Chicago squad that finished 11th in the Eastern Conference last season at 31-41.

Winners of their first four contests and sitting at the top of the East, the Bulls haven’t experienced this kind of success since Michael Jordan was leading the team.

They’ll try to keep the streak going Thursday at the United Center against the New York Knicks.