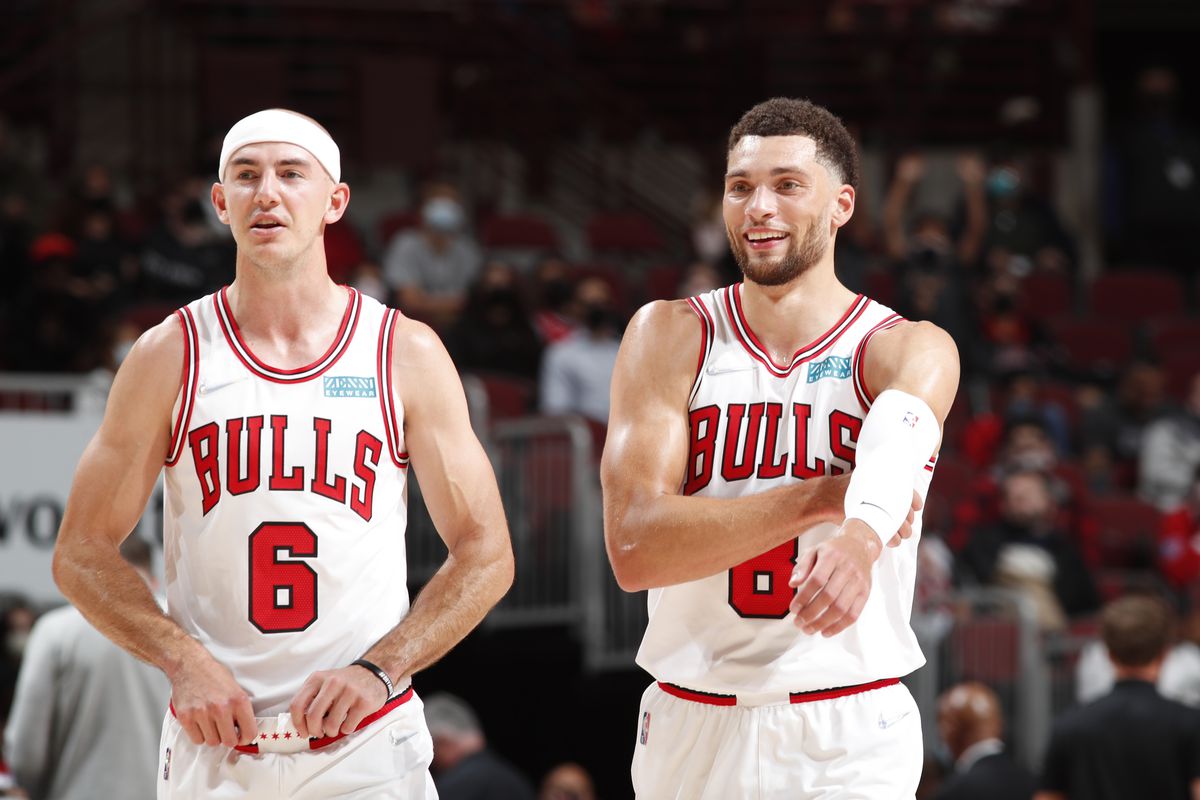 Chicago was voted the most improved team by NBA GMs, and the new-look Bulls wasted no time showing fans this could be the season they finally return to the playoffs.

Seven players, including the newly acquired DeMar DeRozan and Alex Caruso, scored in double figures for the home team in a 131-95 win over the Cleveland Cavaliers.

Strong defense in the first quarter led to an array of fast-break points, no-look passes, and alley-oops to new teammates.

“We are a bunch of athletes,” said Zach LaVine, via NBA.com. “We’re going to watch each other’s backs. We’re going to try to get out in transition. We want to play with that type of style of play. So defensively, we were really good. Trying to fly around. We’re playing free basketball right now, getting up and down the floor.”

It was a welcome sight for fans and the Bulls’ front office, which worked aggressively to put the team together during the offseason.

“I think we know we have a lot of talent, and there’s just one basketball out there, and we understand that, and it’s all about getting the best shot, and I think everyone understands that one through 15; we showed that tonight,” said Lonzo Ball, who came from the New Orleans Pelicans. “Whenever we can get out in transition like we did tonight, we are going to put ourselves in a good position to win.”

Ball scored eight points and had five assists and five rebounds in 26 minutes of play.

Still, it was more than just the numbers the team put up that impressed.

Related Article:  Lonzo Ball To Miss at Least 6 Weeks Due to Knee Surgery

“For me to play off the ball, get cuts, get easy shots, get easy spot-ups, it’s something I haven’t had for a while,” LaVine said. “We have a bunch of guys who know how to play and make open passes. It’s good to play with guys like that.”

The Bulls play the Pelicans on Friday.