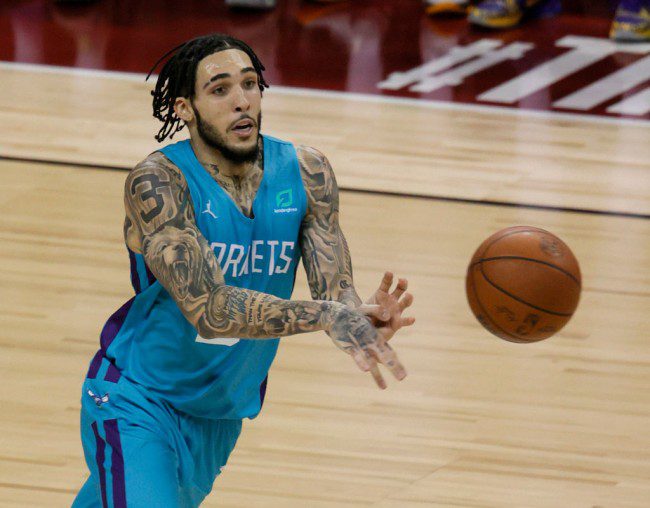 LiAngelo Ball will stay with Charlotte Hornets after the team agreed to offer him a non-guaranteed contract.

The Hornets will offer Ball the contract and then waive him so Charlotte can keep his G League rights, allowing Ball to potentially play for the Greensboro Swarm.

Ball, 22, was a fan favorite during the Las Vegas Summer League.

He averaged 9.6 points and two rebounds in 17.6 minutes, connecting on 37.5 percent of his shots in five games.

However, the six-foot-five guard’s solid play wasn’t enough to secure an invitation to the Hornets’ 20-player training camp roster.

“I’m comfortable with LiAngelo and how he played,” Borrego said.

“I thought he got better during that period, but we have to make certain decisions here, and I’m comfortable with where we’re at. … I can only speak for what he did on the floor in Vegas, and I thought he performed well and opened eyes and played at a higher level than I expected.”

For Ball, it was good to know he was appreciated and allowed to show off his skills.

It wasn’t his best performance, but he did enough in five games to stay on the Hornets’ radar.

“LiAngelo did a good job in summer league, I can say that,”

Borrego said last month. “As a basketball coach, I think he did a heck of a job in the time we had him there. What happens now in the future with LiAngelo, I don’t have that answer.”

Ball’s younger brother LaMelo, joined former Hornets, Larry Johnson and Emeka Okafor, as the only Hornets to win Rookie of the Year honors.

If LiAngelo makes the Hornets lineup, the three Ball brothers would be just one of eight sets of brothers playing in the NBA, including Steph and Seth Curry, Jrue, Aaron, and Justin Holiday, Robin and Brooke Lopez, and Giannis, Thanasis, and Kostas Antetokounmpo.