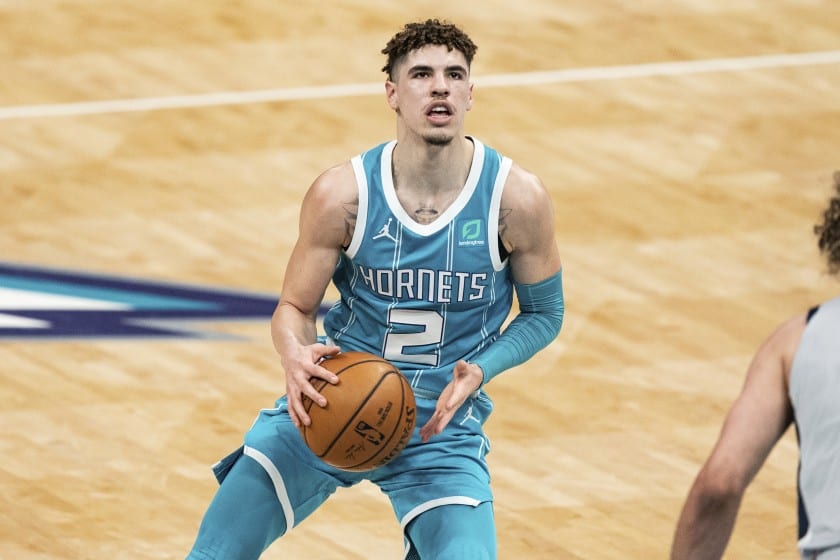 Coming through on his dad LaMar’s guarantee, the Charlotte Hornets LaMelo Ball was named Kia NBA Rookie of the Year.

Ball beat out Anthony Edwards from the Minnesota Timberwolves and Tyrese Haliburton of the Sacramento Kings to win the award.

“It definitely feels great. I mean, for sure a blessing,” LaMelo Ball said during the press conference.

Teammate Miles Bridges helped break the news to the first-year guard, hiding the award behind one of Ball’s jerseys in the team shop.

“It was a big moment,” Melo said when he realized he had won. “Probably something I’m never gonna forget.”

“I always thought [he would win the award], but I didn’t really know, know until today,” said Ball.

Melo didn’t enter the Hornets starting lineup until February when Terry Rozier was injured, but Melo’s stay would be short-lived, breaking his wrist in a game against the Clippers in late March.

Early reports had Melo possibly out for the rest of the season, but after missing 21 games, he returned in time for Charlotte to make it to the play-in.

“I was pretty much just working out every day trying to get the wrist better,” said Melo. “At the end of the day,  I don’t like missing games, and also I want to help my team win.”

“When I was able to feel like I was playing basketball again, I just came back.”

When asked if winning Rookie of the Year was a dream come true, the young star hinted at what might yet be to come.

“NBA championship, Hall of Fame,” said Melo, who didn’t think about the award until he entered the league.

The Hornets finished the season 33-39, and Melo said he was focused on getting “better every day.”