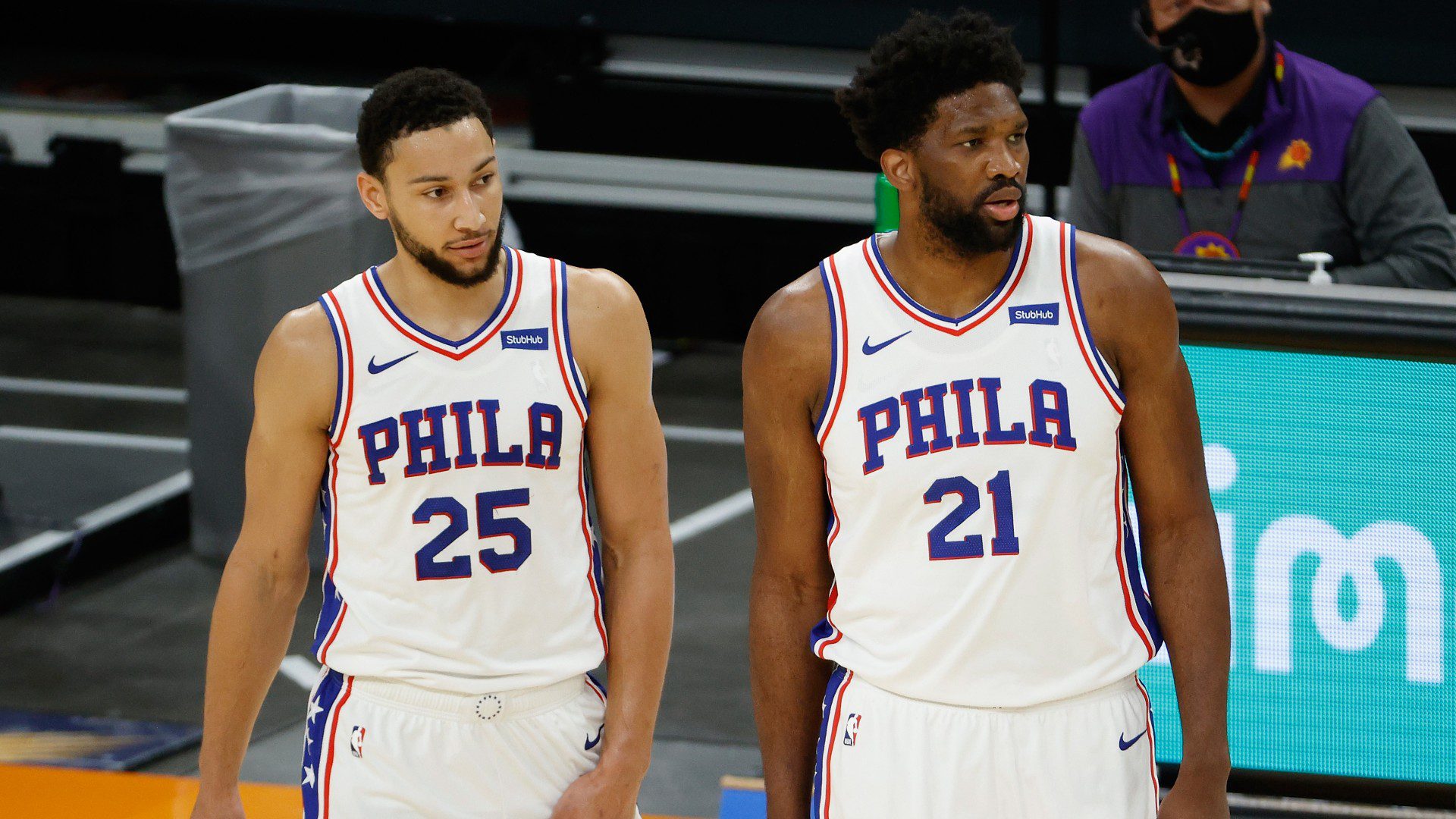 The brotherly love is all but gone for the Philadelphia 76ers Joel Embiid and Ben Simmons.

Embiid finally responded to a report that Simmons felt their on-court relationship had “run its course” via Sam Amick’s article in The Athletic.

“The situation is weird, disappointing, borderline kind of disrespectful to all the guys that are out here fighting for their lives,” Embiid told Kyle Neubeck for the Philly Voice.

Simmons has been MIA for the start of training camp and revealed that he would never play for the Sixers again, making Philly’s task to trade him for an equal value that much more difficult.

The 4-year veteran has been on rocky terms with the team since he discovered the Sixers tried to send him to Houston for James Harden last season.

Simmons’ poor showing in last year’s playoffs only exacerbated the situation, with the former NBA Rookie of the Year feeling as if he was scapegoated for the Sixers’ loss.

Despite Simmons’s rhetoric and stance, Coach Doc Rivers and Embiid expressed their hope that Simmons would return.

Embiid pointed out that not only were the Sixers superior with Simmons directing the floor, but they were designed for him.

“Seth [Curry], one of the best three-point shooters ever. Danny Green, Tobias [Harris] is a 40 percent three-point shooter. Furkan [Korkmaz] coming off the bench. At time Shake [Milton], I think he can be a better shooter, but you know, he can get hot. We just added Georges [Niang]. So I feel like, our teams have always been built around his needs,” said Embiid.

Embiid went on to say that he hopes Simmons changes his mind, but the Sixers now need to focus on the players who have shown up and want to put on a Philly uniform.