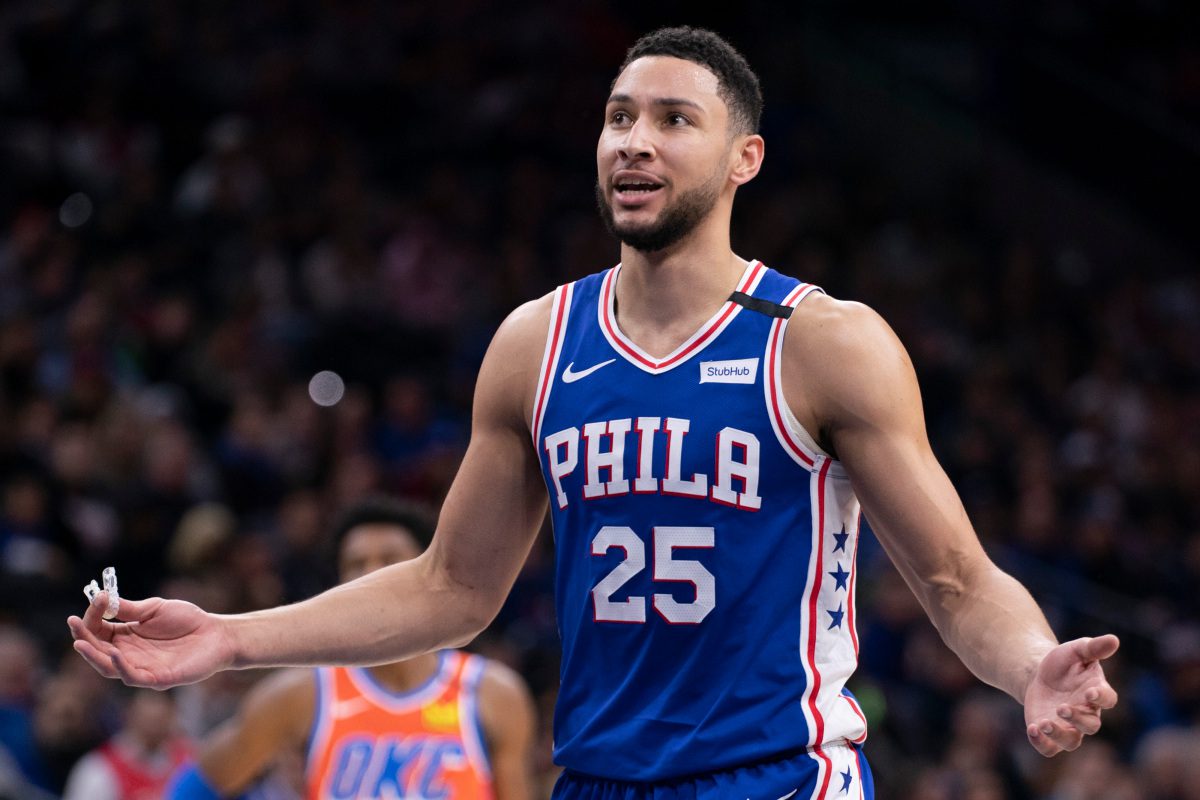 The drama surrounding Philadelphia 76ers point forward Ben Simmons continues to make its way through NBA headlines as the start of the 2021-22 season looms in October.

After another disappointing playoff run, the Sixers have been taking calls from other teams regarding the 25-year old Aussie.

Despite the interest, Philadelphia’s asking price continues to be high for the three-time All-Star.

With training camp fast approaching, slated to start on September 28, the Sixers look like they will head into that period with Simmons still on their roster.

Now they have to figure out how to fix what has been and will continue to be an awkward situation.

According to The Athletic’s Shams Charania, league executives believe the Sixers will deal Simmons before their October 20 opening game against the New Orleans Pelicans.

“For now, all signs continue to point to Simmons’ career in Philadelphia coming to an end.

Simmons was almost moved to the Rockets along with Matisse Thybulle and two first-round picks in the James Harden negotiations, but Houston traded Harden to the Brooklyn Nets. With previous trade talks coming so close to moving Simmons out of Philadelphia — coupled with the comments of Joel Embiid and Doc Rivers to end the 76ers season — the writing appears to be on the wall.

The Timberwolves have been motivated to find a deal for Simmons but would likely require a third team given their asset pool of Malik Beasley, Jaden McDaniels, and D’Angelo Russell might not entice the 76ers.”

Another note in Charania’s report is that the Sixers continue to keep a close eye on Portland Trail Blazers star guard Damian Lillard.

Lillard remains the Sixers top target and plans do not appear to be changing anytime soon for Philly.

“Philadelphia has its eyes set on Portland All-NBA guard Damian Lillard, sources say, but the Trail Blazers have fully focused on continuing to build around Lillard. As of now, Lillard is continuing to evaluate the Trail Blazers’ present and future and is slated to begin training camp with the organization. In some ways, the 76ers are stuck between deciding whether to make a move now with Simmons — or waiting until a star like Lillard shakes free.”

Whatever the case may be, Philly will have to wait to see what happens out west in Portland, and Simmons will head into training camp as a member of the 76ers.