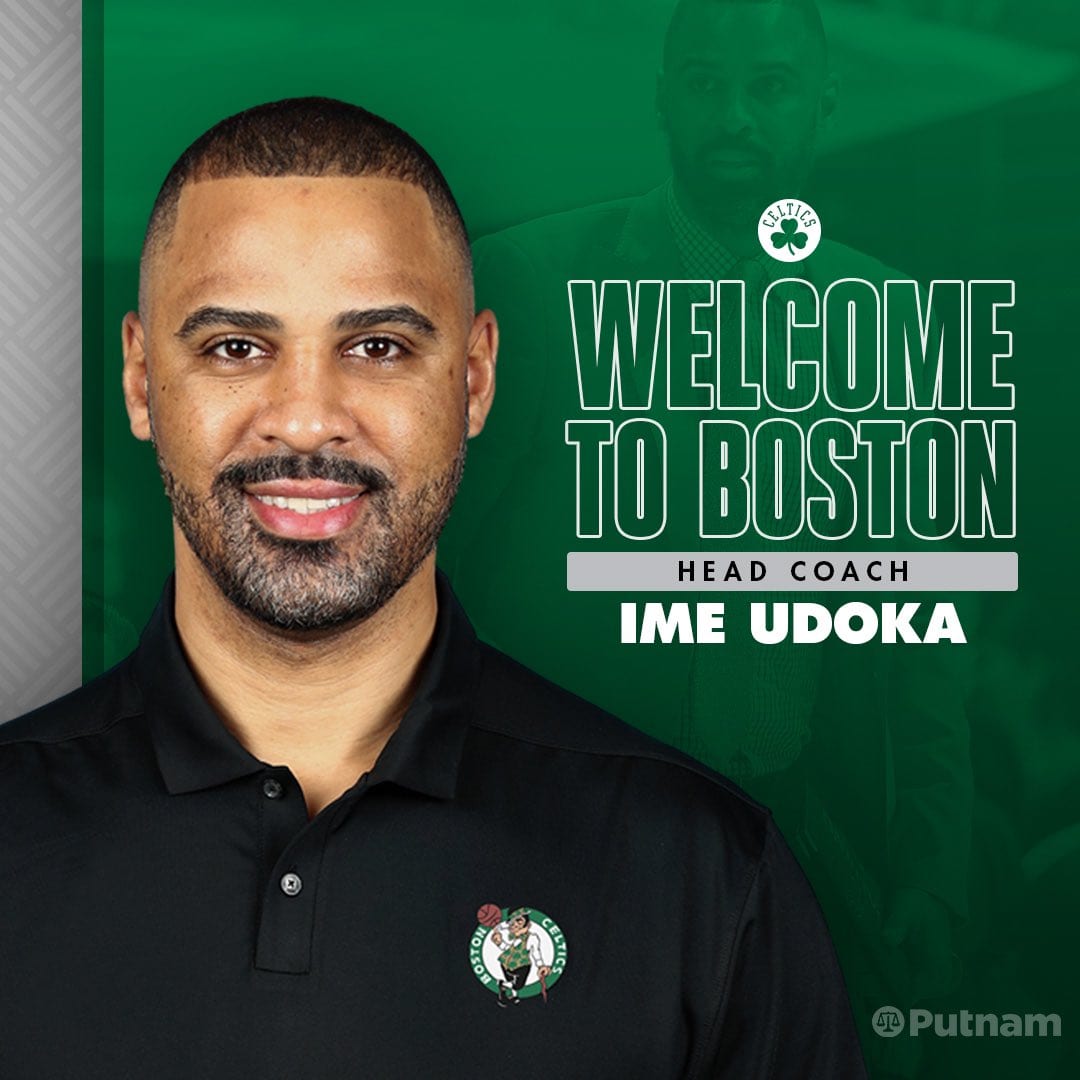 “It’s a great day to be a Celtic and we welcome another Celtic to our family… Ime stands out as a person of integrity, accomplishment, energy, and insight,” Celtics’ Co-Owner and Governor Wyc Grousbeck said in a press conference alongside Celtics’ Co-Owner Steve Pagliuca and Celtics’ President of Basketball Operations Brad Stevens, via NBA.com.

“He has worked with some of the best and is ready to take the next step forward. I look forward to having him as our head coach.”

Udoka has been one of the most sought-after coaching candidates for the past few years despite being just 43 years old.

“He’s a leader that is warm and demanding, and we are so excited that he has chosen to join us in pursuit of Banner 18,” Stevens said.

The Celtics have made some huge moves this off-season, including the promotion of head coach Brad Stevens to President of Basketball Operations and the trade of guard Kemba Walker to the Oklahoma City Thunder for centers Al Horford and Moses Brown.

Udoka has a talented core in Jayson Tatum, Jaylen Brown, Marcus Smart, and Horford to work with in the pursuit of building a championship team.

If one thing’s for certain, it’s that Celtics fans are hoping Udoka can lead the franchise to an 18th championship to beat the tie they hold with the Los Angeles Lakers.