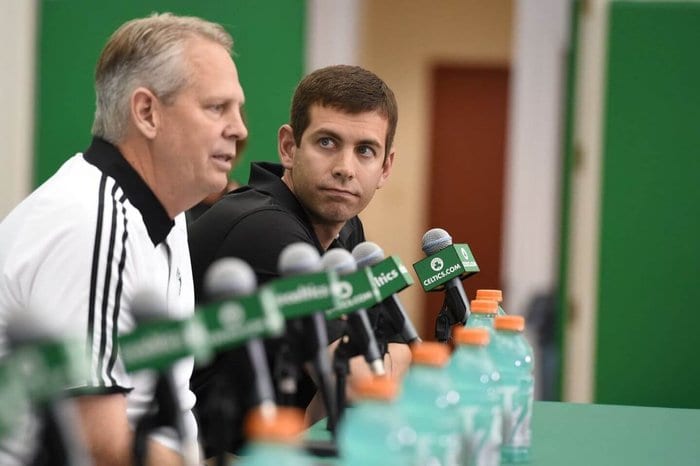 The Boston Celtics wasted no time shaking things up after falling to the Brooklyn Nets, announcing long-time President of Basketball Operations Danny Ainge was stepping down, and current head coach Brad Stevens would replace him.

“Danny has made all the difference over the past 18 years. Our record of winning percentage and playoff victories is near the top of the league during that time. He has

always been a relentless competitor and a winner. Red Auerbach told us Danny is ‘lucky,’ and he was right, but a lot of the luck came from his intense drive and his incredible

basketball insights,” said Co-Owner and Governor Wyc Grousbeck. “Turning to Brad is a natural next step since we have built a partnership over the past eight years,

and he is a special basketball mind. We want him to lead us into the next great era of Celtics basketball.”

Ainge has worked in Boston’s front office since 2003 and is the only Celtic to win a title as a player and a general manager.

Though he was known for making some bold moves early on, even garnering the nickname “Trader Danny,” Ainge has come under criticism recently for failing to take steps

to get the Celtics to the next level.

Stevens, who has coached the C’s since 2013, has also come under fire this season, and commentator Kendrick Perkins recently revealed that many players around the league

don’t think Stevens is the guy to get the team to the Promise Land.

Still, Ainge expressed his full faith in Stevens, who pledged his loyalty to Beantown when rumors were swirling he would take the Indiana University coaching job.

“I’m grateful to ownership and to Danny for trusting me with this opportunity,” said Stevens. “I’m excited to tackle this new role, starting with a wide-ranging and

comprehensive search for our next head coach. I love the Celtics and know the great honor and responsibility that comes with this job. I will give it everything I have to help

us be in position to consistently compete for championships.”