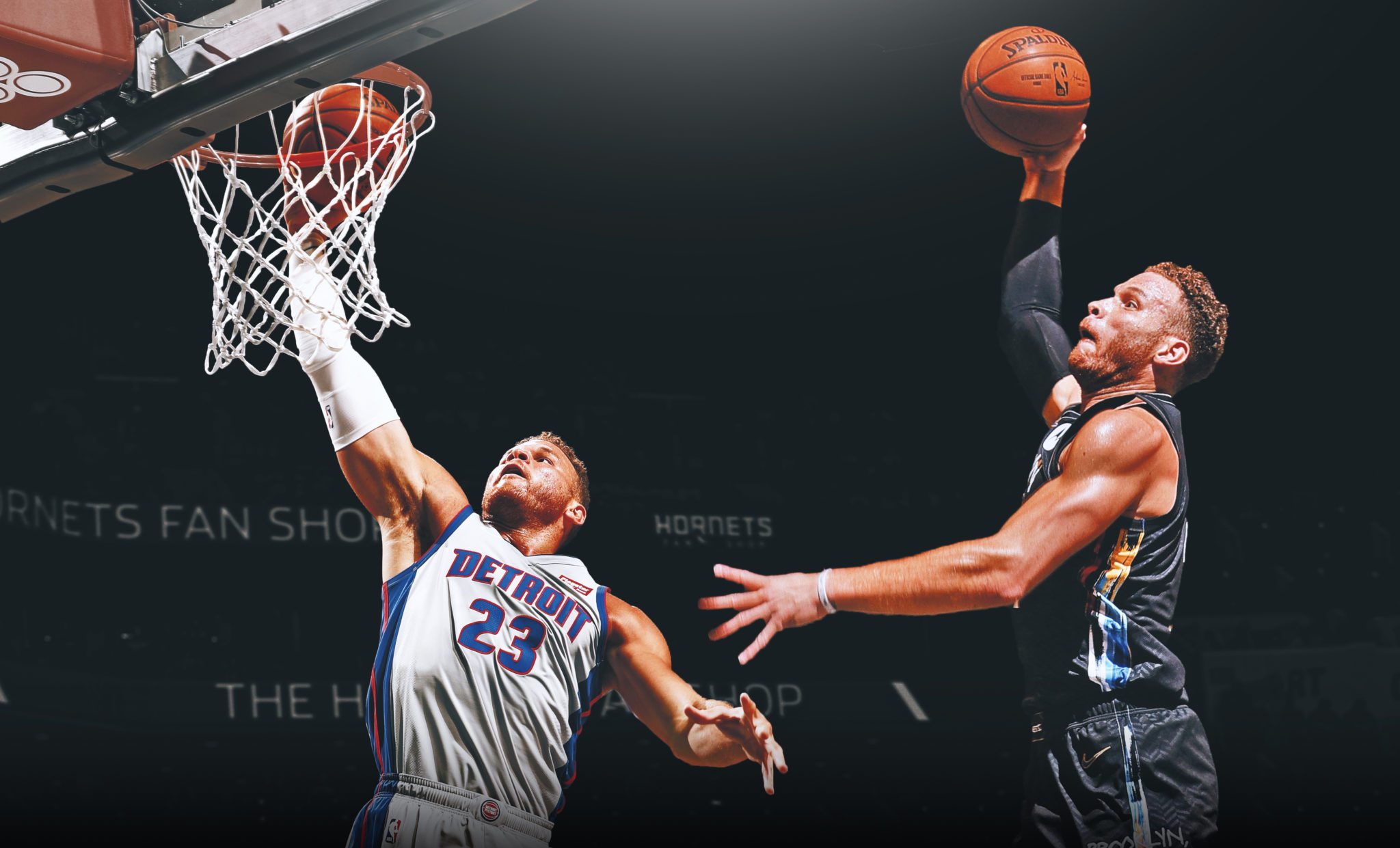 Blake Griffin heard all the talk about his lack of dunking in Detroit, and he didn’t particularly appreciate it.

“But I played those 19 games with the Pistons and didn’t dunk. … That just pissed me off because you guys know the stat, you’re just choosing to be like ‘let’s do days instead of games.'”

Griffin openly admitted to struggling during his final days in Detroit, and his honesty in doing so suggested his problem was not with people pointing out his slump, but with the manipulated numbers they used.

He also explained why he played badly leading up to his Pistons departure, before looking so much better with the Nets.

“I was trying to be sort of a mentor for the young guys [in Detroit] and accept my role, not come in and take a bunch of shots,” he said. “I averaged like a career-low in shots…wasn’t playing that much, also wasn’t playing well at all. … I was out there trying, but I just couldn’t get my legs back under me.”

Griffin said his six week between leaving Detroit and arriving in Brooklyn, which he used to train in LA, ultimately proved to be a game-changer.

“That was a huge, huge difference for me,” he said. “When do you ever get a six week break when you’re not injured in the middle of the season?”

The difference in Griffin’s game was immediately noticeable. Yes, he was dunking more. In fact, he had as many dunks (five) in his first seven games with Brooklyn as he did in his last 49 games with Detroit.

But there was more to it than that. He was just so much more active at both ends of the floor. He was moving better, and playing not only with more energy, but with more joy.

NBA Twitter joked that moving from Detroit to New York City could do incredible things to a man, and look, it probably didn’t hurt.

But the true value of Griffin’s shift from the Pistons to the Nets was that it gave him a chance to hit the reset button when he needed it most.