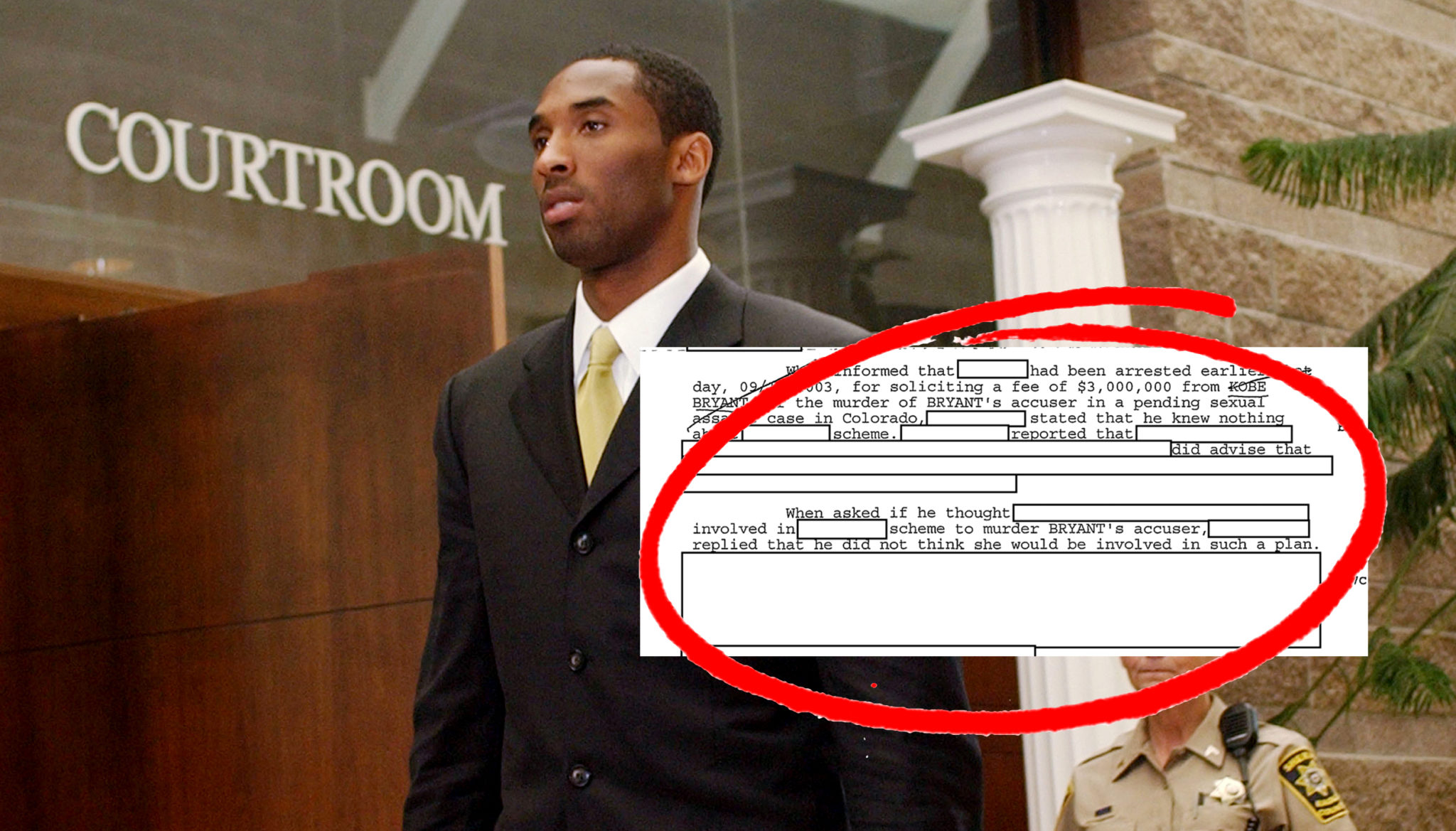 Patrick Graber FedExed to Bryant’s home after the charges became public, he offered to “make Bryant’s problem with respect to the sexual assault case go away for a fee,” according to a Sept. 2003 FBI interview report, known internally as a “302.”

Bryant’s security team brought the solicitation to Bryant’s lawyer, who in turn contacted the Los Angeles Sheriff’s Department (LASD). The Sheriff’s Department escalated the case to its Organized Crime Unit, and brought in the FBI, the heavily redacted documents state. They then set up a “controlled meeting” with Graber, during which Graber—who said his name was “Yuri” and that he was connected to the Russian mafia—reiterated his proposal and said he could “go all the way” to neutralize Bryant’s accuser. Police ran “Yuri’s” license plate number and checked cell phone records to identify him as Graber, which was confirmed by an employee at the Mail Boxes Etc. location where Graber initially mailed his letter to Bryant.

Three LASD deputies and one FBI agent then traveled to Colorado to inform Bryant’s accuser that her life could be in danger.

“The plan for the next 180 days includes a rapid attempt to conduct another meet with [redacted] and then set up a money drop for the intended murder or intimidation of the witness,” the 302 explains. “[Redacted] is asking for $3 million and is expecting the deal to be [redacted].”

A few months earlier, Bryant was accused of raping a hotel employee in Colorado, where the Lakers shooting guard was staying while he underwent knee surgery. Bryant maintained the encounter had been consensual, and charges were dropped when his accuser refused to testify. The two later reached a civil settlement, and Bryant apologized without admitting guilt.

On Sept. 18, 2003, agents interviewed an unnamed woman in California about Graber. Although the names and identifying details are redacted, the woman appears to be someone who knew Graber well.

When agents told the woman what they suspected Graber was up to, she “stated that she did not believe it was true,” the report continues. The woman claimed not to know much about the rape accusations against Bryant beyond what she had seen on TV, and said Graber had never mentioned anything about it to her.

Other associates of Graber’s the FBI interviewed also expressed disbelief over the accusations. Graber was arrested by the LASD and FBI the same day, as he arrived at a supermarket to pick up what he thought was an upfront payment of $1 million, with the other $2 million to come after the murder-for-hire was completed. Cops placed Graber in handcuffs as he opened a satchel filled with prop money. Investigators reportedly found an unspecified number of firearms during a search of Graber’s residence.

Prosecutors ultimately dropped the solicitation to commit murder charge, which could have sent Graber to prison for more than nine years. Graber, whose name is redacted in the FBI report, pleaded no contest to grand theft in 2004. He was deported back to Switzerland after he completed a three-year sentence.