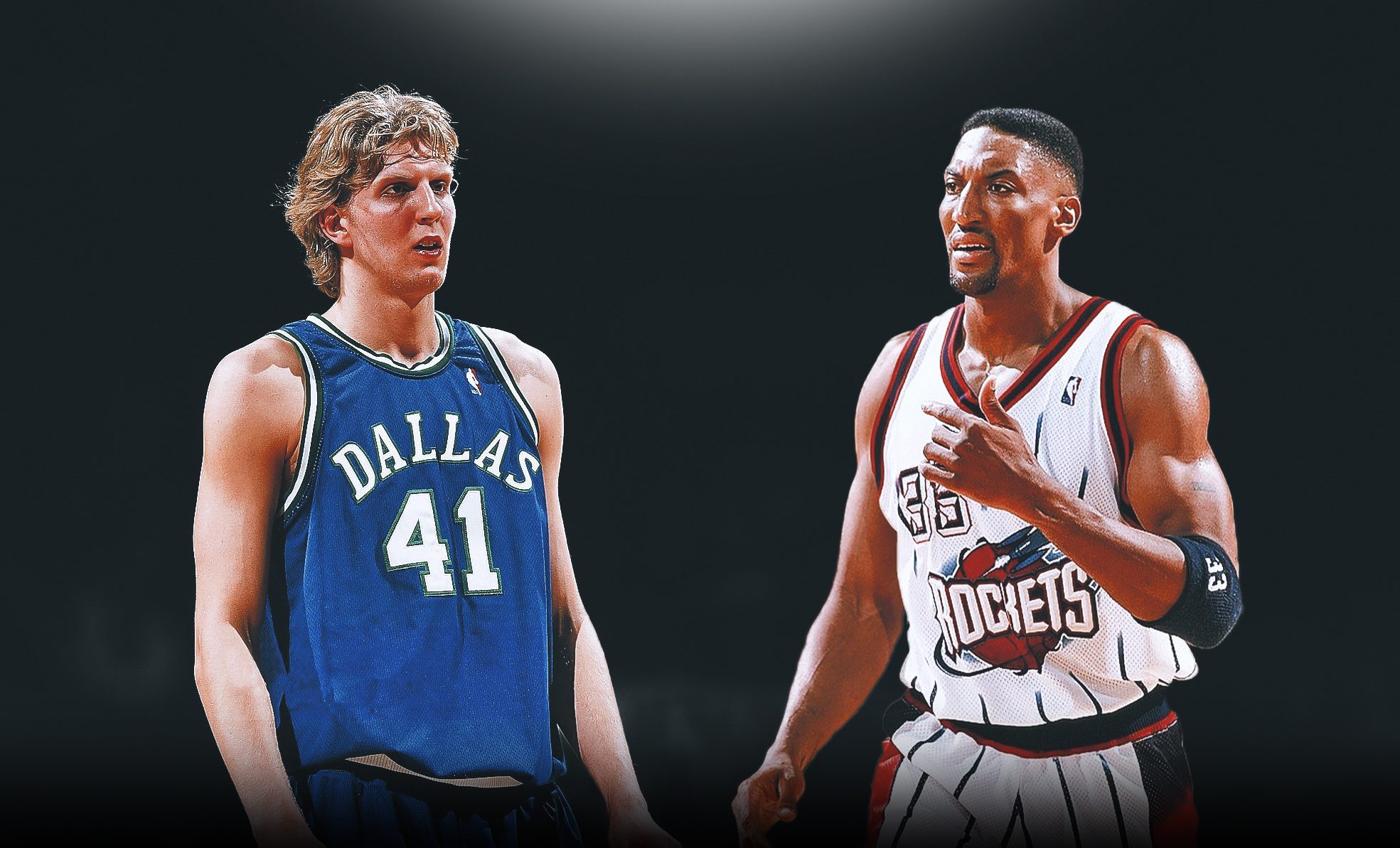 When Scottie Pippen travelled to Berlin with Michael Jordan, Charles Barkley and a host of other NBA stars for a Nike promotional tour in 1997, the trip involved playing against a team featuring a 19-year-old Dirk Nowitzki.

Nowitzki was guarded by Pippen for much of the night, and absolutely lit him up.

Here’s how Barkley would later describe what went down:

“So Dirk is kicking our ass,” he said. “He’s got like 25 at halftime. And me and Michael are like, ‘Scottie, you gotta pick it up a little bit.’ And he says, ‘Man, I’m gonna lock him down in the second half.’ Dirk finished with like 52.”

Taking a page out of Jordan’s book, Pippen took that personally. When he played Nowitzki for the first time in the NBA a year later, he made life miserable for the Mavs rookie. Nowitzki finished with eight points on 3-9 shooting.

The usually mild-mannered Nowitzki did not have good things to say about the man he grew up idolizing.

“That was my idol really, Scottie Pippen,” Nowitzki said. “You’re standing on the court playing against them; I couldn’t believe it at first…

“All the posters I had all over my bedroom, suddenly I was playing against them, that was crazy. And I was totally disappointed because Scottie Pippen was my idol. That’s an arrogant ass beyond belief.”

Dirk never revealed what Pippen said to him, only that it pissed him off.

But any bad blood between them was long gone in the years that followed. In fact, on the night of Nowitzki’s final home game, Pippen stood at mid-court and honoured his old foe with a beautiful tribute.

A lot of time had passed, and besides, some people are just too damn likable to stay mad at anyway.