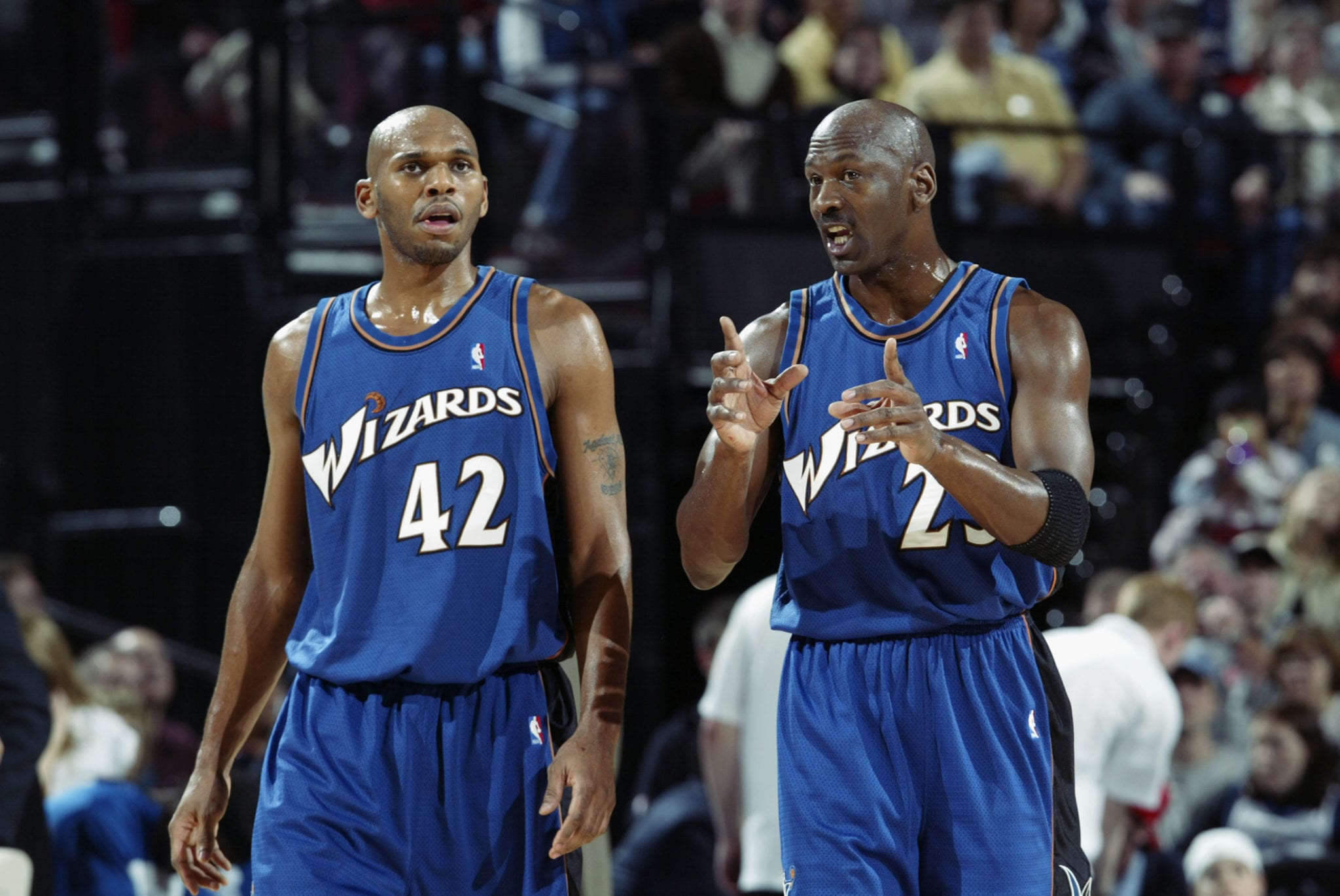 There’s an old adage that suggests you should never meet your heroes, and it certainly rings true for retired All-Star Jerry Stackhouse.

Stackhouse was in the prime of his career and relatively fresh off a 29.8 point season average when he was traded from the Pistons to the Wizards back in 2002, just in time to team up with Michael Jordan before the GOAT’s third and final retirement.

And while you may think that would’ve been a dream come true for Stackhouse, it certainly didn’t turn out that way.

“Honestly, I wish I never played in Washington and for a number of reasons…” Stackhouse said on The Woj Pod this week. “…It was really challenging to be able to be in a situation with an idol who at this particular point, I felt like I was a better player.

“Things were still being run through Michael Jordan, and Doug Collins, I love Doug, but I think that was an opportunity for him to make up for some ill moments that they may have had back in Chicago.

“And it just kind of spiralled in a way that I didn’t enjoy that season at all. Kind of the picture I had in my mind of Michael Jordan and the reverence I had for him, I lost a little bit of it during the course of that year.”

As a fan, it’s easy to love alpha dog heroes like Jordan, but clearly it can be a whole other ball game when you become their teammate.