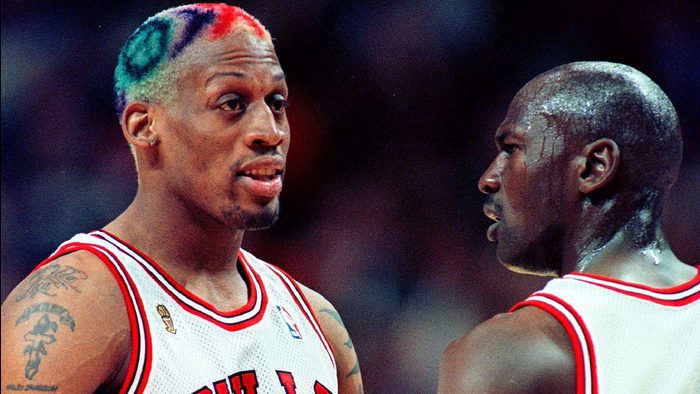 One of the most talked about moments from the The Last Dance was when the documentary touched on Dennis Rodman’s Vegas bender in the middle of the 1998 NBA Finals.

Memorably, Bulls head coach Phil Jackson had allowed the trip, but when Rodman didn’t return on time, Michael Jordan, Phil Jackson and the rest of the Bulls started asking questions.

Now, the incident is being turned into a movie called 48 Hours In Vegas, according to Deadline.

The Lionsgate film will chronicle Rodman’s interestingly-timed adventures in Vegas with his skittish assistant GM and detail their unlikely friendship which ultimately proved to be a saviour for them both.

“There’s only one Dennis Rodman,” Lionsgate’s Motion Picture Group president Nathan Kahane said, per Deadline. “In 1998, there was nobody on Earth who’d be more fun – or maybe more dangerous – to party with. And yet that’s not even half of who he is.

“This movie takes you on an unforgettable ride with the myth, the legend, and also the man that Dennis is, behind everything you think you know.”

Kahane added that Rodman’s “amazing career and life will make for an off-the-wall hilarious yet completely human and emotional movie”.

48 Hours in Vegas is being written by Jordan VanDina, while Phil Lord and Christopher Miller will produce the film.

A release date is yet to be confirmed.