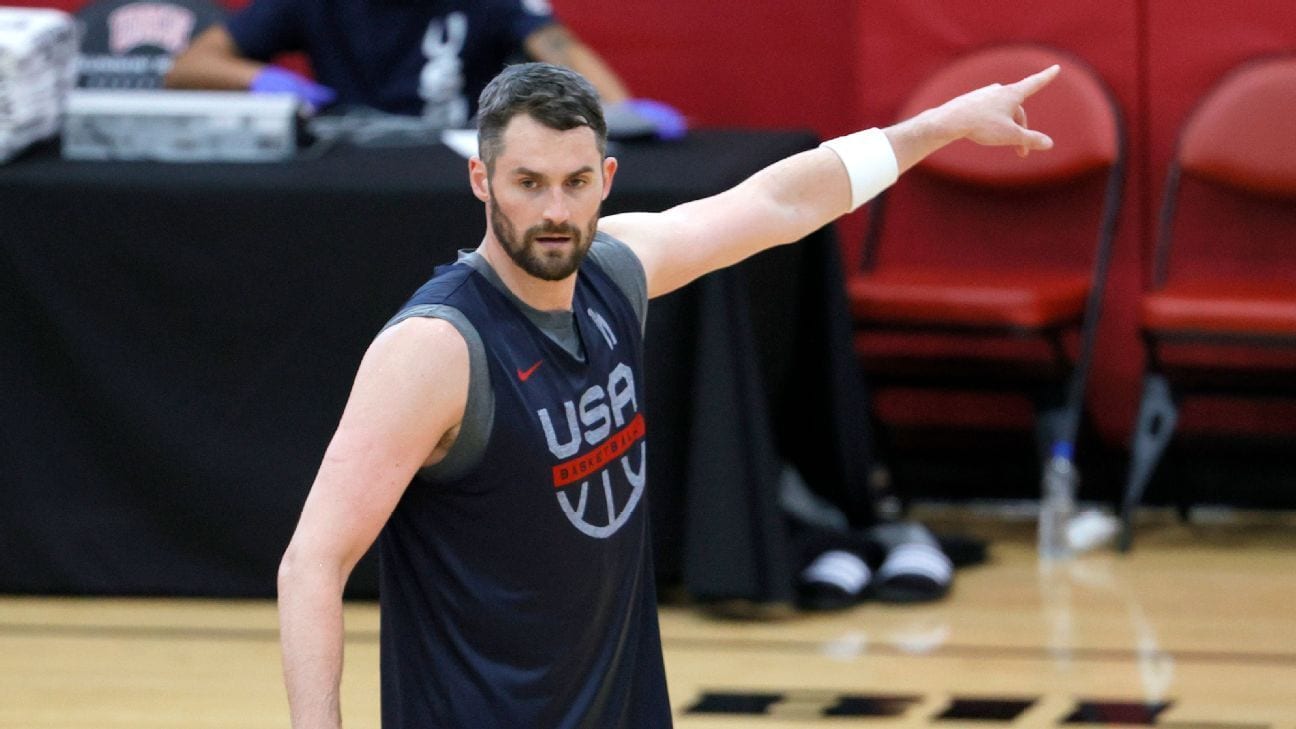 Kevin Love of the Cleveland Cavaliers is withdrawing from Team USA for the Tokyo Olympics due to a nagging calf injury, the same injury that kept him out most of the NBA regular season.

After spending 10 days in Las Vegas preparing for the Olympics, Cleveland’s Kevin Love is withdrawing from Team USA and won’t travel to Tokyo, sources tell ESPN. Love is still returning to full form from a right calf injury that kept him out a significant part of the NBA season.

The bad news capped off a difficult week for Team USA.

Their string of bad luck began on Saturday during their first exhibition game, which they lost to Nigeria 90-87.

That loss marked only the third time Team USA has lost since the 1992 Dream Team, and it proved to be a bad omen start for a team aiming for gold at the Olympics.

On Monday came another shocking 91-83 loss in their second exhibition game against Team Australia.

Team USA has only lost two straight games, just two other times since 1992.

Yahoo Sports’ Chris Haynes said it wasn’t time to panic just yet, but by Team USA standards, these losses are concerning.

Here is what Haynes said:

“It has become apparent that Team USA’s pursuit of gold will not be compared to the Dream Team or the Redeem Team by any stretch, but it still has time to adapt to FIBA competition, build on continuity and ultimately procure the goal at the Tokyo Olympics.”

On Tuesday, Team USA responded by thwarting Argentina, with Brooklyn Nets star Kevin Durant leading them to a 108-80 win.

Depth was a concern going forward for Team USA with the loss of Beal and Love; however, McGee and Johnson should provide strong support.

Johnson, 21, was promoted from the Select Team to Team USA in the absence of Khris Middleton, Jrue Holiday, and Devin Booker, all of whom are competing in the NBA Finals.

McGee, 33, is a 3x NBA champion and defensive specialist who will add much-needed length to the team’s interior defense.

Friday’s exhibition match between Team USA and Australia was canceled due to Beal’s COVID-19 status.