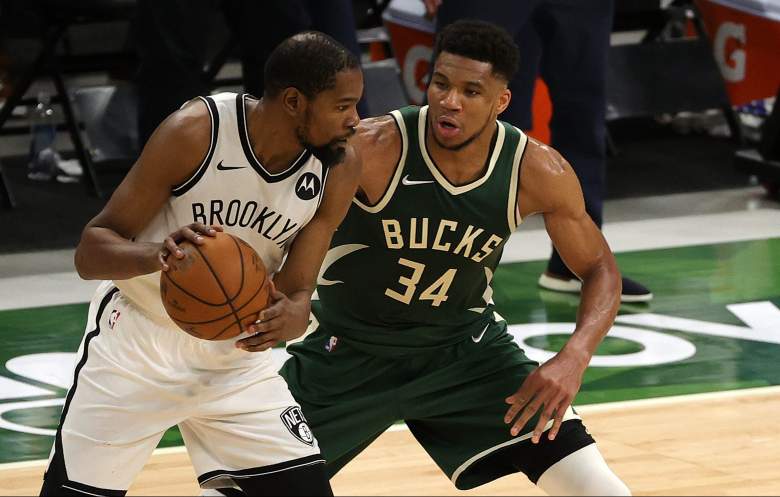 After a surprising turn, the Eastern Conference semifinal matchup between the Milwaukee Bucks and Brooklyn Nets now sits at two games apiece.

With the latest injury to Kyrie Irving and the unknown status of James Harden for Game 5, BetMGM says betters are making the Bucks -3.5 road favorites over the Nets.

Milwaukee managed to tie up the series with strong play from two-time MVP Giannis Antetokounmpo, journeyman PJ Tucker, and NBA All-Defensive Team pick Jrue Holiday, and the Nets are running thin with two of their Big 3 down.

Reports indicate that Harden will test his hamstring during the shoot-around in hopes to be cleared to play, but for now, he’s still listed as doubtful and Irving is expected to miss tonight and possibly more games.

Harden is expected to test his hamstring in shoot-around today and has been determined to try and find a way to get cleared to play Game 5, sources tell ESPN. There are no guarantees on his status but Harden is trying to play with series 2-2. https://t.co/gYCTIKXXl8

Irving injured his ankle in Game 4 when he landed on Giannis’ foot after scoring in the paint.

Harden injured the same hamstring that caused him to miss over a month in the regular season, just 43 seconds into Game 1 against the Bucks.

As of now, only Kevin Durant remains available of the three stars and will attempt to stop the Bucks’ momentum in a pivotal Game 5.

Milwaukee is 5-10 against the spread in their last 15 games and this could just be a coincidence given the Nets’ injuries.

However, betters are wise to pick the Bucks with Harden and Irving’s status in doubt.

Giannis had a monster Game 4 scoring 34 points to lead all scorers and the Bucks have an opportunity to become just the second team in the 2021 playoffs to overcome a 2-0 deficit.

Jared Quay of Yahoo Sports is going with the Milwaukee Bucks on this one.

“I’m backing the Bucks on the road at -3.5,” Quay said, and conventional wisdom says that if Harden can play, he will definitely be on the floor with his teammates tonight at the Barclays Center.