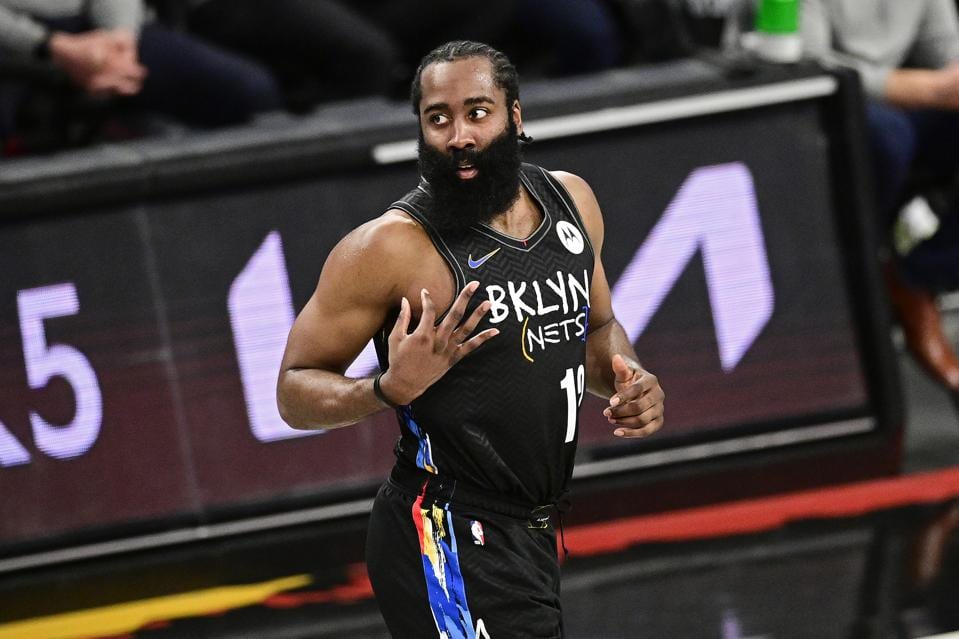 After injuring his hamstring just 43 seconds into Game 1, the Brooklyn Nets announced James Harden will sit out Game 2 against the Milwaukee Bucks due to “right hamstring tightness.”

Harden suffered the injury on Brooklyn’s first offensive possession of Game 1 against the Bucks when Harden drove to the basket against Jrue Holiday.

James Harden walked to the locker room after appearing to injure his hamstring on his first drive of Game 1. pic.twitter.com/drDfqQovVK

The team is now hoping he will be able to come back after a few days’ rest.

“He has high hopes, and he wants to be back ASAP,” said Nets’ coach Steve Nash. “This is playoff time. This is time to take some risks, but it has to be right to take those risks.”

So, we hope he’s back. He believes he can be back. But, we’ve got to see what happens, and only can time can tell how he responds.”

The Big 3 of Harden, Kevin Durant, and Kyrie Irving only played eight games together during the regular season due to injury.

Whether they would have enough time to sync up during the playoffs was in question.

Before the season started, there was concern that there may be more injuries due to the shortened and intensified schedule.

during the regular season to a torn ACL.

Game 2 between the Bucks and Nets is Monday.