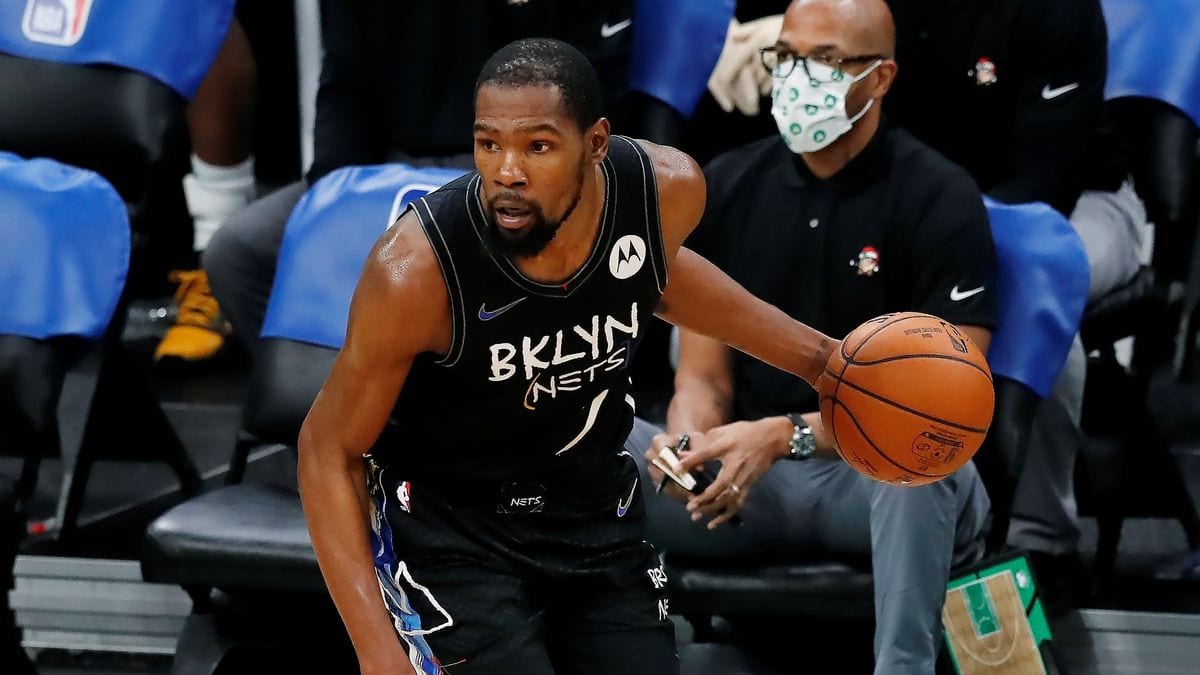 Out of commission the past three games with a bruised thigh, Kevin Durant returned in All-Star fashion, helping the Nets to a 128-119 victory over the Phoenix Suns on Sunday.

“I’m excited I get to be out there with my teammates again,” Durant replied when asked how it felt to be back on the court.

Durant has only played in 24 games this season because of COVID-19 health and safety protocols, a hamstring injury, and preventative rest.

“It’s like riding a bike,” said Durant. “You get your rhythm going, and I think my teammates did a great job looking for me all game.”

“It was a good start. Hopefully, I’ll build on this game and keep going.

Coach Steve Nash asked Durant before the game if he wanted to start or come off the bench.

The two-time Finals MVP decided it was best to start slow.

“I felt like it would be a bigger challenge for me to focus in and lock in if I came off the bench,” it was a solid exercise for me to ease back in the swing of things.

Kyrie Irving led all scorers, besting Durant by one point for 34 total along with 12 assists for the game.

Critics have questioned how successful the Nets can be in the playoffs with the limited time their squad has played on the floor.

Related Article:  Kyrie Irving Will Not Be Offered $186 Million Extension by Nets

The Nets are just 6-4 in their last ten games, but they sit on top of the Eastern Conference, and Brooklyn hasn’t shown any signs of concern for the lack of court time for their starters.

“Just another game,” said Durant in the postgame interview. “Another day at the office.”