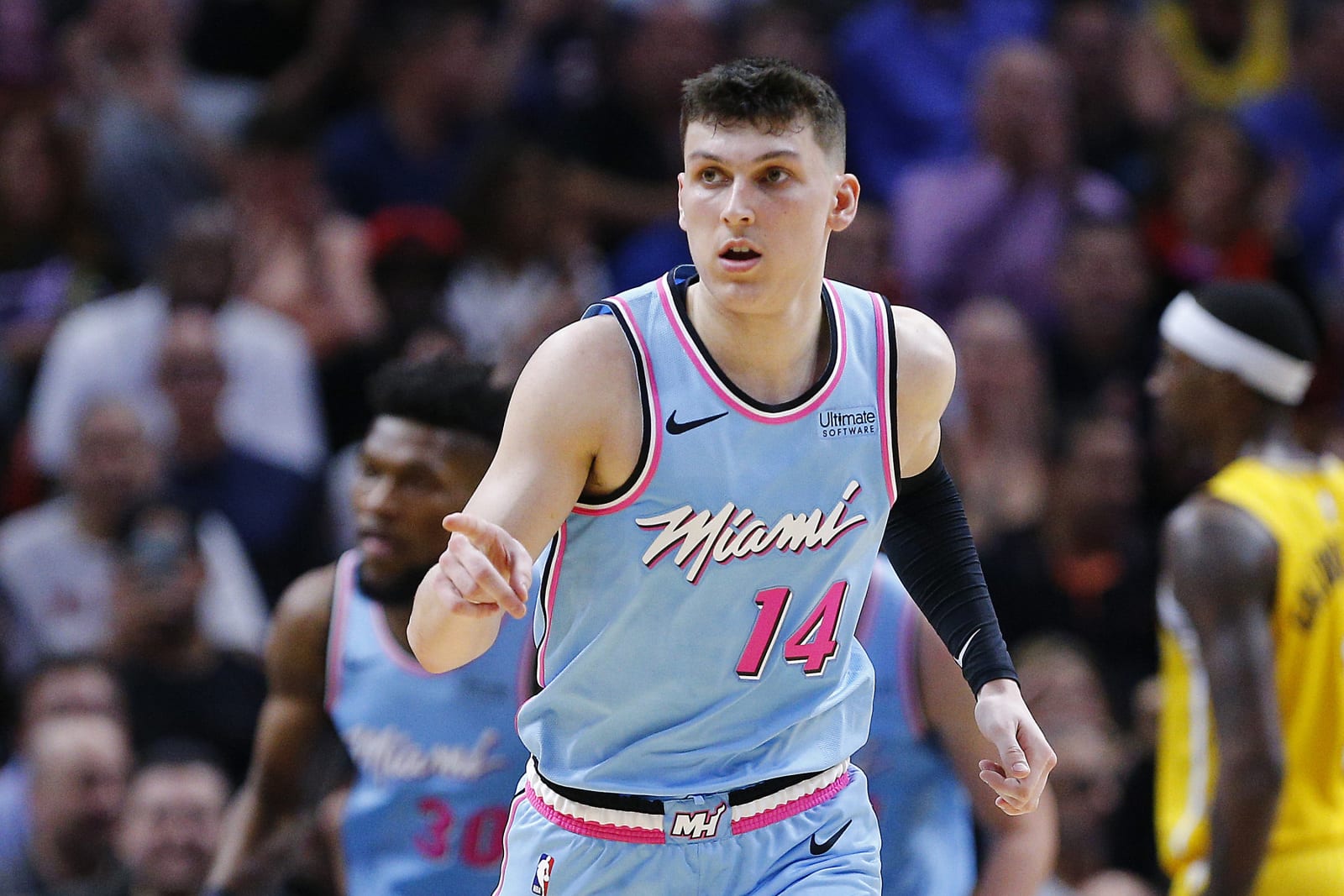 The Miami Heat’s Tyler Herro played like an All-Star in the 2020 playoffs.

Unfortunately, this season the 21-year-old guard has been less than stellar, and Heat officials are growing concerned as Herro continues to embrace his celebrity status.

Here is an excerpt from Ethan Skolnick on the “Inside the Paint” podcast:

“Everybody is entitled to their own personal life, and we don’t try to bring it up. And, look, the greatest player in Miami Heat history, there was a lot of stuff that we knew about that we didn’t talk about. It’s just the way that this played out. And he grew through some things. And we all know who we’re both talking about. But ultimately, the team starts to get a certain level of concern. In this particular case, the team has been concerned now for months. And that’s kind of where it’s at. But they were concerned with players during the big-three era. But this one is different, because this kid is 21.”

Heat officials had plenty of off-court challenges while winning titles with the “Big Three” of Dwayne Wade, LeBron James, and Chris Bosh, but Wade, James, and Bosh were all experienced veteran players who were used to dealing with all of the trappings outside of games and practice.

Endorsements, social media, and the access NBA salaries grant players can all impact play, but good players typically bask in their success while managing their status and potential distractions as best as possible.

In the case of Tyler Herro, the issue is he is not playing anywhere near star-player caliber.

There are multiple possibilities for his lack of focus this season, including injury and the all too familiar sophomore slump.

Any expectation of him becoming a good starter, or even an All-Star player, were unfair to begin with given the small sample size he gave fans in the bubble last year.

It’s way too soon for Heat brass to panic.

Having a great leader like Jimmy Butler could really help set Herro in the right direction.

Butler was criticized as a member of the Chicago Bulls for enjoying the trappings of stardom a bit too much, but the 31-year-old is now known for his legendary and elite work ethic.

Hopefully, some will rub off on Hero.