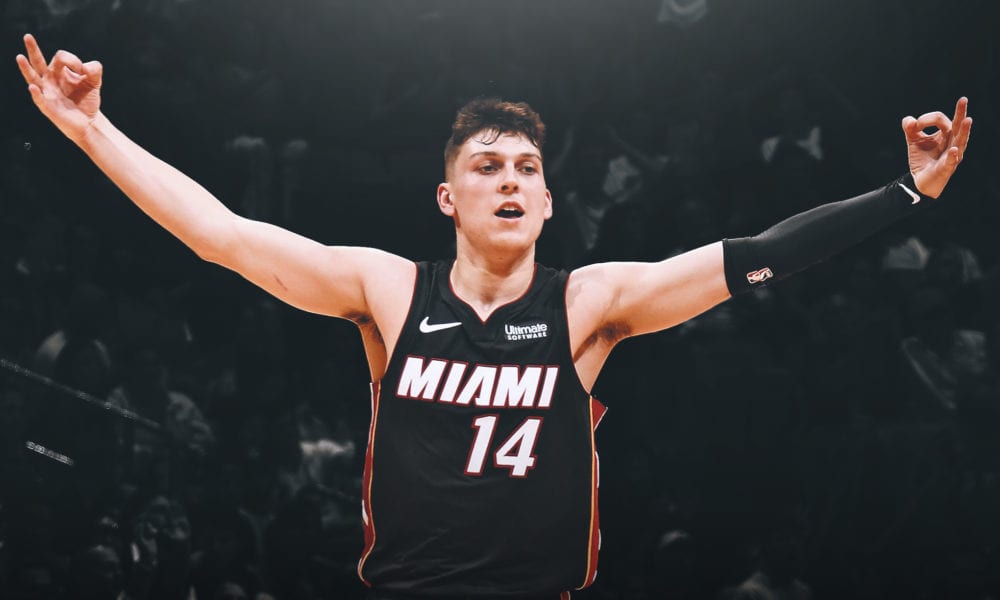 The more cautious among us were initially reluctant to drink the Tyler Herro Kool-Aid.

After all, Summer League heroics are to be taken with a pinch – if not a fistful – of salt.

Sure, Herro’s game looked even prettier than his near 20-5-5 averages, but he was doing it against guys who would primarily adopt European addresses for the upcoming season.

Then came the preseason, and as the 13th overall pick continued to excel, we again had to fight our natural impulses, splashing our faces with cold water and reminding ourselves that this guy still hadn’t played in a real NBA game.

Then came those real games.

During Miami’s opening night win against Memphis, Herro darted past defenders, whipped pretty passes around the court, swished several running floaters and finished the night with an emphatic bucket from miles beyond the arc.

Once the dust had settled, the 19-year-old Kentucky product had 14 points, eight rebounds and two steals in 33 thoroughly enjoyable minutes.

He followed that with a similar line in a road win over Milwaukee and later went off for 29 points on 7-9 shooting against Atlanta, a performance which was punctuated by an electric 19-point second quarter.

While Herro’s six games – five of which Miami has won – still represent a small sample size, it’s becoming clearer by the day that this kid is no flash in the pan.

While his numbers are pleasing to the eye, there’s also a smoothness and elegance to Herro’s game that suggests professional basketball comes very easily to him.

He’s reading the action like it’s happening in slow motion, and yet playing at a frenetic pace.

It really does feel like Herro is playing at 1.5x speed, like one of your old online college lectures.

He has a beautiful stroke and creates his own shot, while proving himself fearless both in hoisting ballsy shots and attacking the rim when defences close out hard, knowing he has an assortment of creative finishes in his back pocket.

Butler works extremely well off the ball when Herro is punishing those overzealous closeouts with drives to the rim, while Herro’s dangerous shooting opens things up for Butler to get to the bucket himself.

Butler has repeatedly raved about Herro’s work ethic and alpha mentality, and that’s coming from a guy who rarely has a kind word to say about anyone.

It isn’t easy to earn Butler’s respect, but Herro seems to have managed the feat just a few games into the season.

Of course, no rookie is perfect.

Herro is by no means an elite passer or ball-handler, and his shooting can certainly be streaky.

But for someone so young that he was born in the year 2000, he has a whole lot of time to improve.

And if the stories about his work ethic are true, what we’ve seen so far is just the tip of the iceberg.