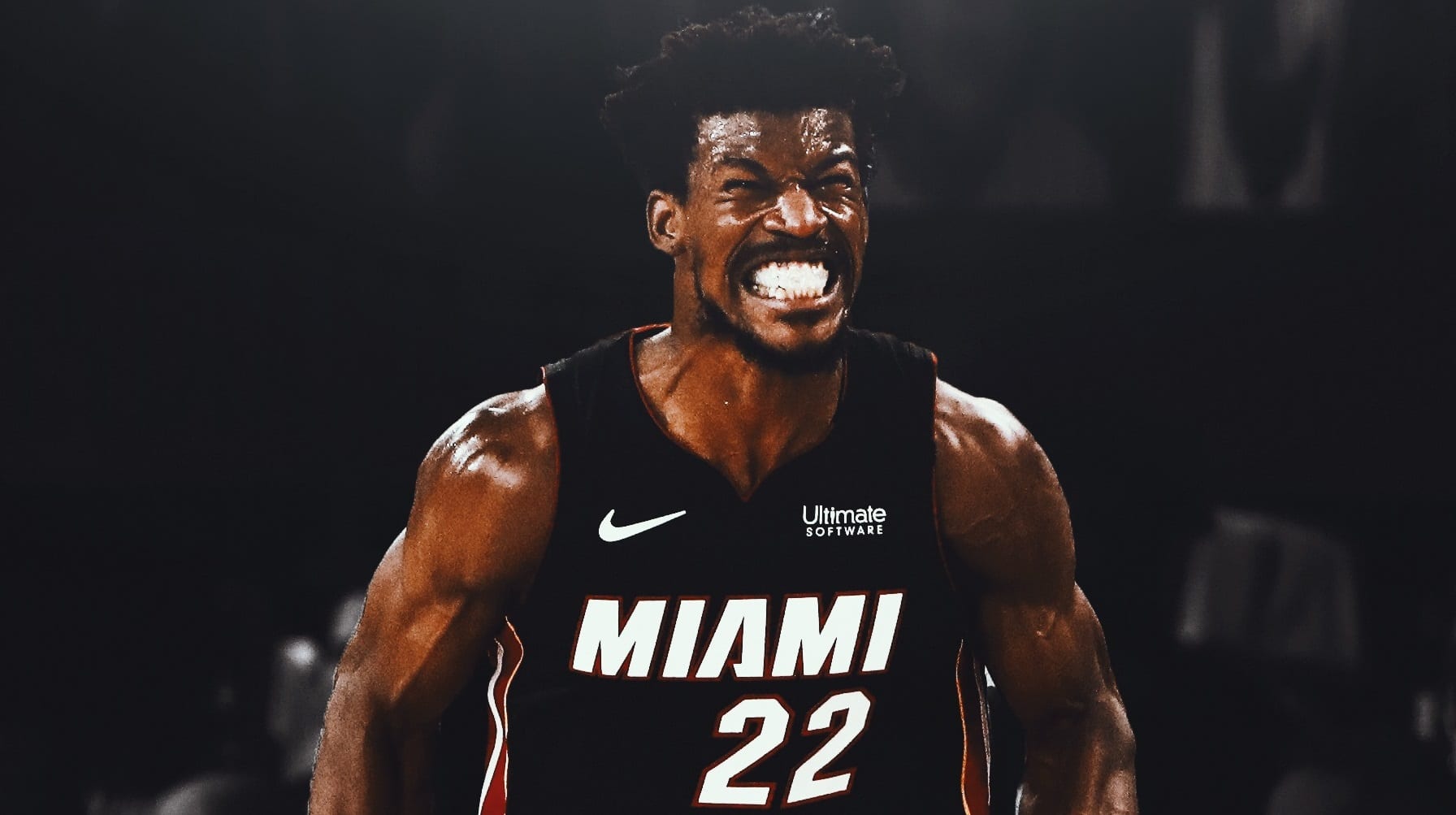 Jimmy Butler just submitted one of the most impressive postseason efforts we’ve ever seen.

The Heat were never expected to make a deep run. In fact, everyone’s expectations for Miami were so low that Butler was even accused of prioritizing money and lifestyle over winning when he signed with the team.

But he led them all the way to the Finals anyway. Butler was the biggest reason the Heat swept the Pacers, beat the 1-seed Bucks in 5 games and upset the Celtics in the conference finals.

Then he took it to a whole new level in the Finals.

In the ultimate David and Goliath battle, Butler’s 40 points, 11 rebounds and 13 assists in Miami’s Game 3 win without his two best teammates was one of the gutsiest Finals performances in NBA history.

He then backed it up with 35 points, 12 rebounds and 11 assists in Game 5.  The man fought like hell when the world had given up on him and his team, when all hope seemed lost.

Butler averaged 26.2 points, 8.3 rebounds and 9.8 assists across the Finals and played an insane 44 minutes per game, doing absolutely everything for a team that was never meant to be here in the first place.

This was a team with two of its three best players hurting or out, and a team that played two rookies huge minutes in the Finals, but none of that mattered so long as Butler was leading the way.

The Lakers might’ve raised the Larry O’Brien Trophy, but Jimmy Butler is a champion at heart.

Related Article:  Denver's Defense is a Mess and It's Killing Their Chances of Contending
-->