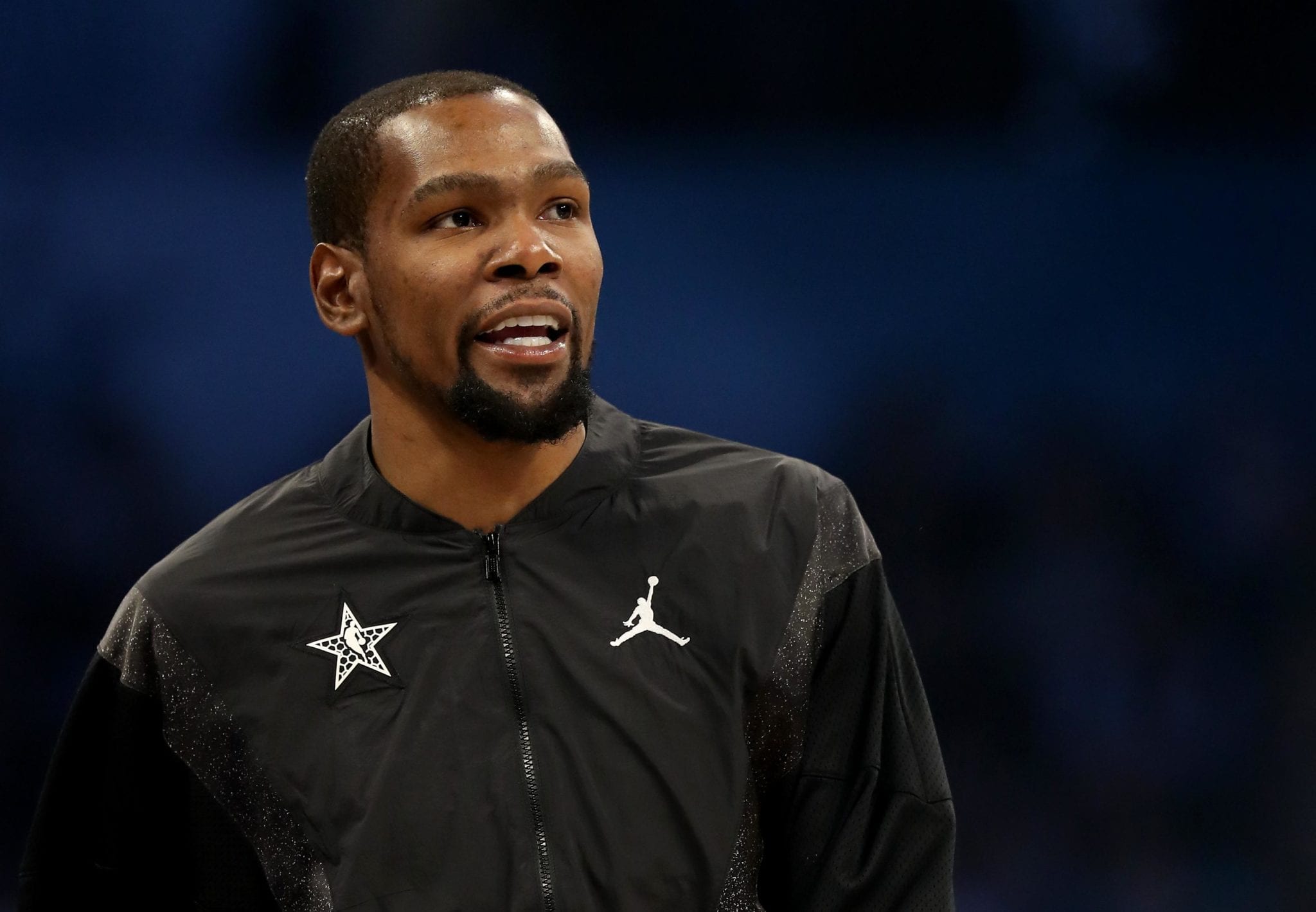 Current Brooklyn Nets superstar Kevin Durant was recently asked to list his top 5 teammates during an appearance on the Million Dollaz Worth of Game podcast.

While most of his picks were predictable, Durant had one glaring omission; former superstar teammate Russell Westbrook.

Durant kicked off his list with Kyrie Irving, to the surprise of no one since Durant recruited Irvin to Brooklyn.

Next on the list was revolutionary point guard Stephen Curry, who is on pace to quickly become the all-time leader in three-point shots made.

Also on Durant’s list was another Golden State Warrior, Klay Thompson, who also is one of the best shooters and a great defensive player.

The shocked two hosts said they expected another former OKC teammate to be his pick.

“I forgot somebody?” Durant asked.

The hosts were quick to remind him of Westbrook.

“I did forget about Russ. Russ would definitely be in the top five.”

He moved Ibaka out of the list and even put Westbrook ahead of Thompson.

“I’m glad you called me out on that,” Durant said.

Shots fired? KD leaves Russell Westbrook out of his top 5 players he ever played with! 😳 pic.twitter.com/quwHLo4QUO

While initially, the 11-time All-Star did forget about Westbrook, there is no ongoing beef between the two.

Westbrook was anything but congenial when Durant left the Thunder for the Golden State Warriors in 2016, but over the years, Russ’s animosity subsided, and the two have been professional when acknowledging each other’s greatness and accomplishments.

It’s hard to imagine that at one time, OKC had Westbrook, Harden, and Durant and made it to the 2012 Finals eventually falling to the Heat’s Big 3 in five games.

That season would be the team’s height of success with Harden traded to Houston the following season and Durant, eventually leaving to win two titles with the Warriors.