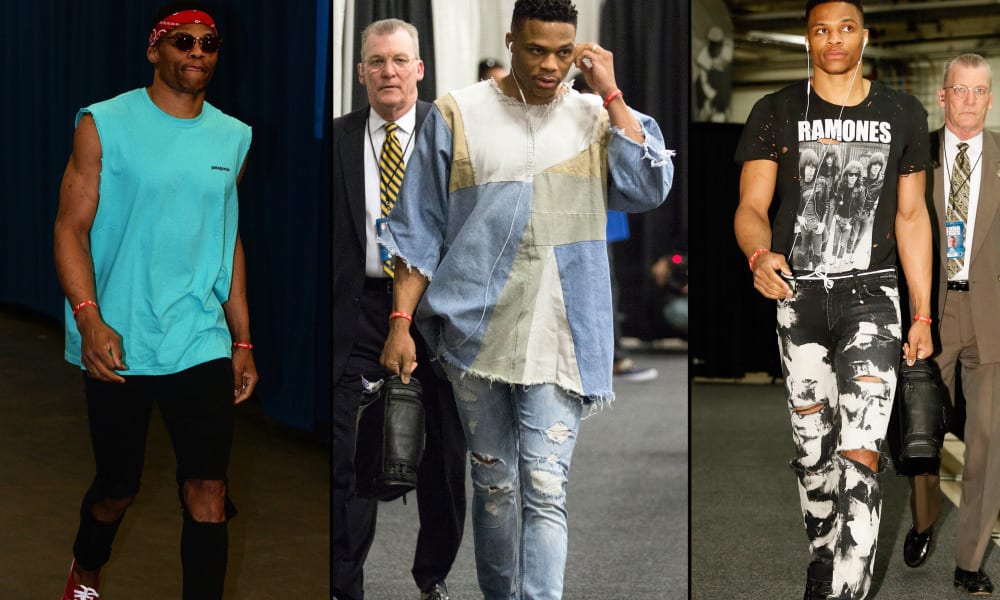 When the NBA returns later this month, the fans won’t be the only thing missing from the game-night experience.

The usual pre-game fashion parade featuring players entering the arena in their latest eye-catching threads will also be noticeably absent.

This is due to a new rule handed down by the league which dictates that players must arrive at games in their full uniform, according to ESPN.

It’s a legitimate blow to fashion-conscious players like Russell Westbrook, PJ Tucker and Kyle Kuzma, who have used these makeshift runways to significantly boost their personal brands over the years.

A major factor behind the decision was the fact that locker rooms in the NBA’s Orlando bubble don’t have showers, according to ESPN.

So to minimise the chances of players changing in confined spaces before and after games without showering, the league decided it was best to have the players arrive and leave the arena in their playing uniform.

So there you have it, just another small slither of joy lost to this goddamn pandemic.