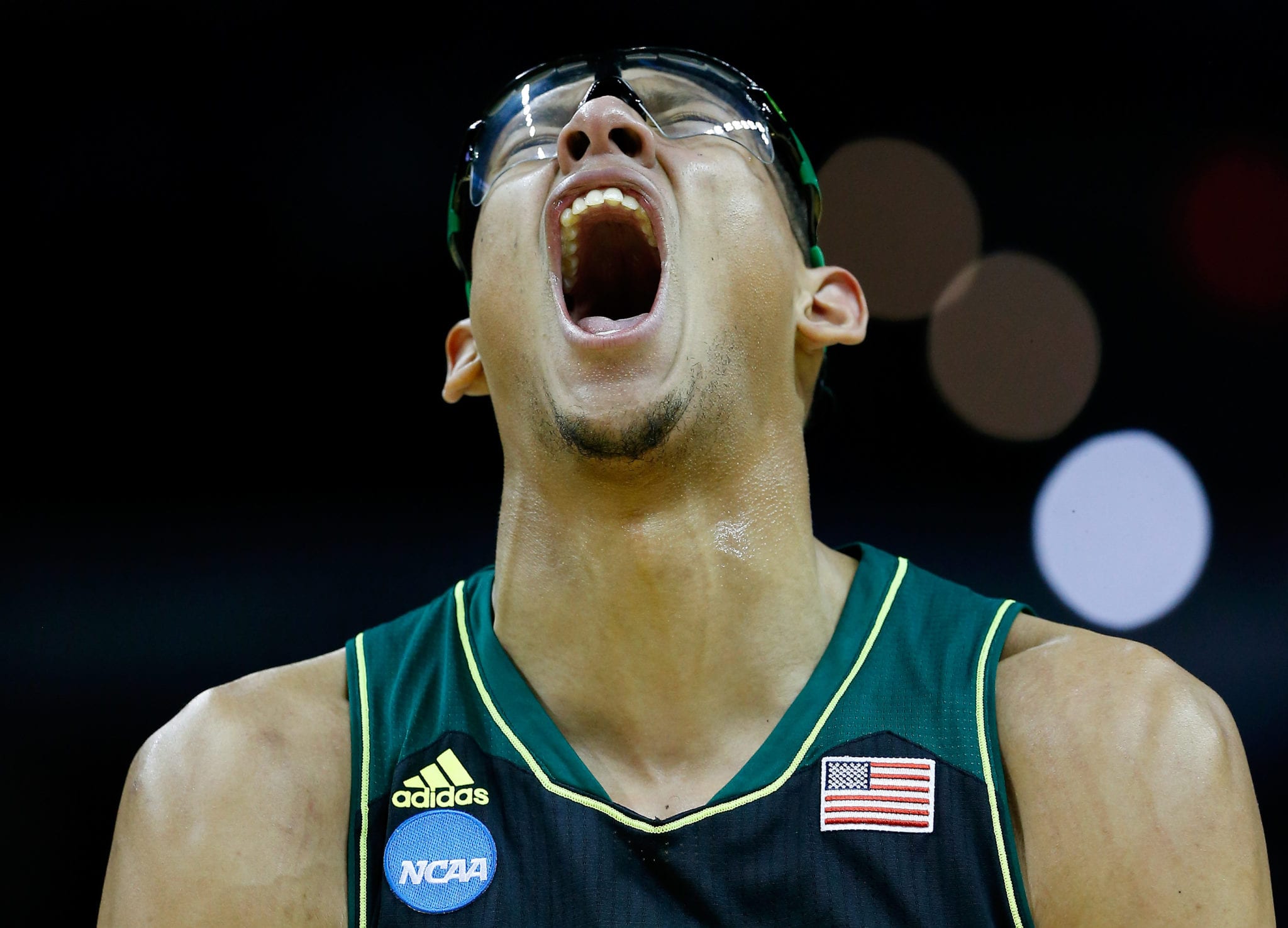 Isaiah Austin has levelled up in his remarkable fight to continue playing elite basketball after being diagnosed with a condition that almost ended his career.

The former Baylor big man found out he had Marfan syndrome in 2014, a genetic disorder that affects the body’s connective tissue.

The devastating news came right as Austin was on the verge of fulfilling his lifelong dream of playing in the NBA.

That prompted NBA Commissioner Adam Silver make Austin a ceremonial pick in one of the most touching moments in NBA Draft history.

After fighting his way back to the professional ranks in 2016 and signing a contract in Serbia, Austin on Sunday was the lifeblood of Team Heartfire in The Basketball Tournament, a competition which is currently bringing joy back to basketball fans’ lives amid the coronavirus crisis.

Despite being blind in one eye and facing the daily challenge of juggling his health and basketball, the big man was a real game-changer.

Matched up against the 7’3 Isaac Hass, Austin went to work and dropped 17 points and 6 rebounds in 29 minutes.

Austin was a force at times, scoring or getting to the line just about every time he made it into the paint.

Team Heartfire ultimately lost to Men of Mackey, Purdue’s alumni team, but Austin’s sole game of the tournament was about so much more than basketball.

Wearing a headband with the letters ‘BLM”,  he said he just wanted to “bring a lot of positive vibes to the world”.

READ MORE: How Does the New Playoff Format Work & What Happens If Someone Gets COVID-19 Midseason?