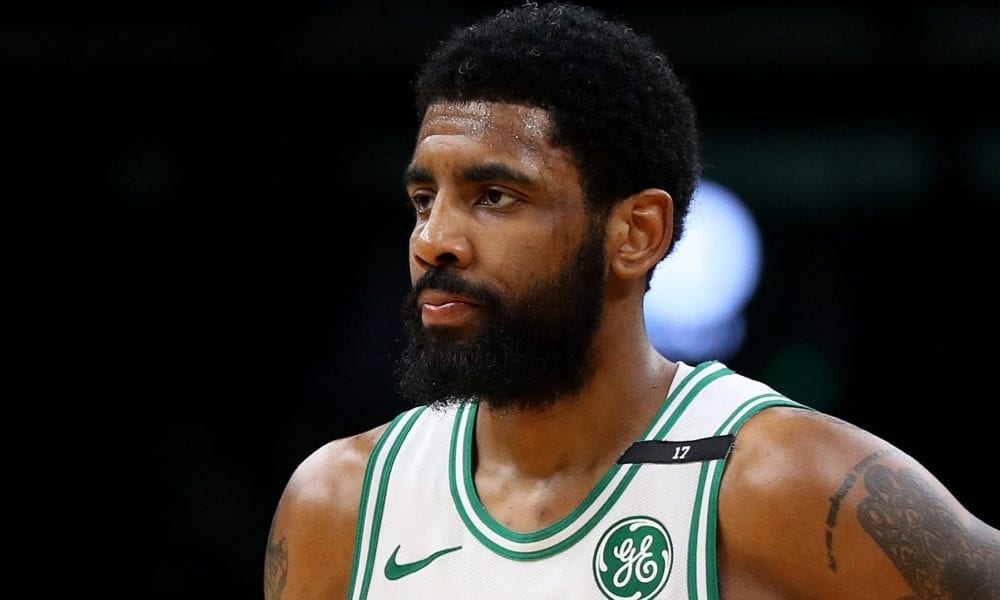 Yesterday Stephen A. Smith said something that made everyone take notice, and that isn’t easy to do when you’re constantly yelling.

Kyrie Irving has given “every indication” he wants to sign with the Nets, not the Knicks.

It wasn’t an overly definitive assertion, but it was a fascinating one nonetheless.

The Nets are building something special in Brooklyn and nothing would be more Knicksy than trading their best player for cap space only to whiff on their supposed free agent locks the following summer.

So what would Kyrie to the Nets mean?

Well, for starters, it would probably mean the end of D’Angelo Russell’s tenure in Brooklyn.

It’s hard to see how he would fit alongside a fellow shoot-first point guard.

It would make the Nets must-watch TV, but risk the chemistry and camaraderie they’d worked hard to build and used to overcome their lack of A-list star power.

It would also just be one hell of a juicy twist in general.

Not just because Irving would be spurning the Knicks for their crosstown rivals, but because when the Celtics traded for Irving, they used many of the assets they’d acquired from the Nets (who could forget the lopsided Kevin Garnett and Paul Pierce trade?).

Not long ago, Brooklyn seemed consigned to years of misery, while Boston was seemingly on track to dominate the East for years to come.

But this season it was the Nets who’d built the high-functioning team of youngsters that the Celtics thought they had.

And now, they might just pinch their best player too.

The Warriors want Klay Thompson to skip Game 3 but he isn’t having it.

DeMarcus Cousins had to fight the urge to quit basketball after his second major injury earlier this season.

Kyle Lowry has vowed to grab Game 3 by the horns.

Vince Carter has announced next season will be his last.

Danny Ainge says Kyrie Irving is taking too much blame for the Celtics’ woes.

Related Article:  Kawhi Leonard Struggled To Understand Why His College Teammates Weren't As Good As Him
-->