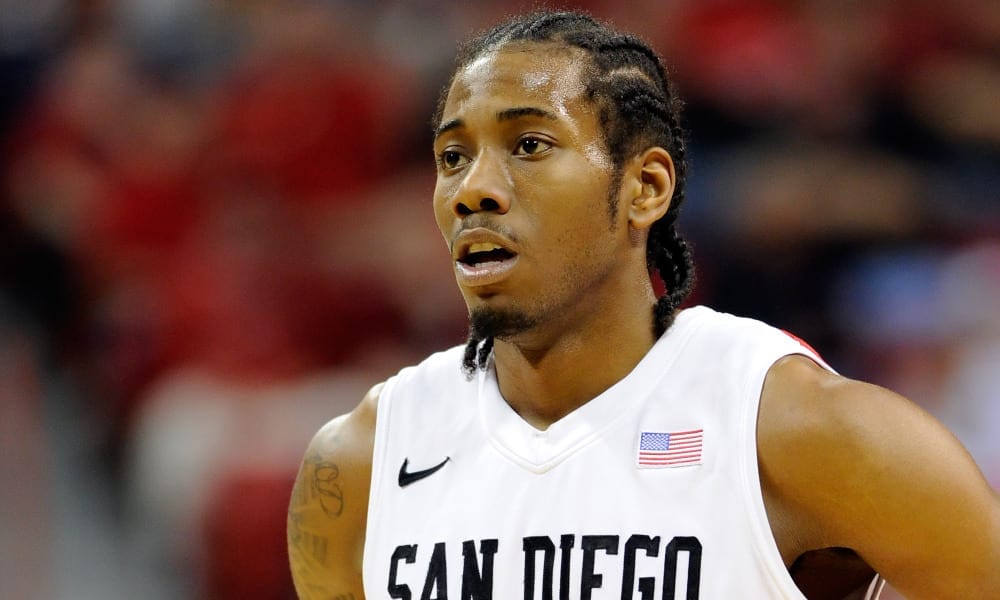 Regular people like you and me look at NBA freaks like Kawhi Leonard and struggle to understand how anyone could be that good at basketball.

But there was a time when Leonard would look around and struggle to understand why everyone else wasn’t on his level.

That became evident in a recent oral history by The Athletic’s Jayson Jenks, who shed some rare insight into Leonard’s persona by delving deep into his college days.

Check out these quotes from assistant coach Justin Hutson.

It’s true. If any team had five Kawhi Leonards, help defence would rarely be required.

The fact Kawhi questioned the necessity of help defence altogether tells you what kind of level he was on.

Being so much better than everyone else may have also contributed to Leonard talking sh*t to his teammates at practice, albeit using own unique style of trash talk.

“Kawhi was not afraid to let you know that you weren’t going to score on him, that you couldn’t get past him or that he would score on you,” former teammate DJ Gay told The Athletic.

“Every time the ball went through the net, he just said, ‘Bucket. Bucket. That was it.”

You can read Jenks’ piece here.

Related Article:  DeMarcus Cousins Could Decide Who Wins The Title
-->