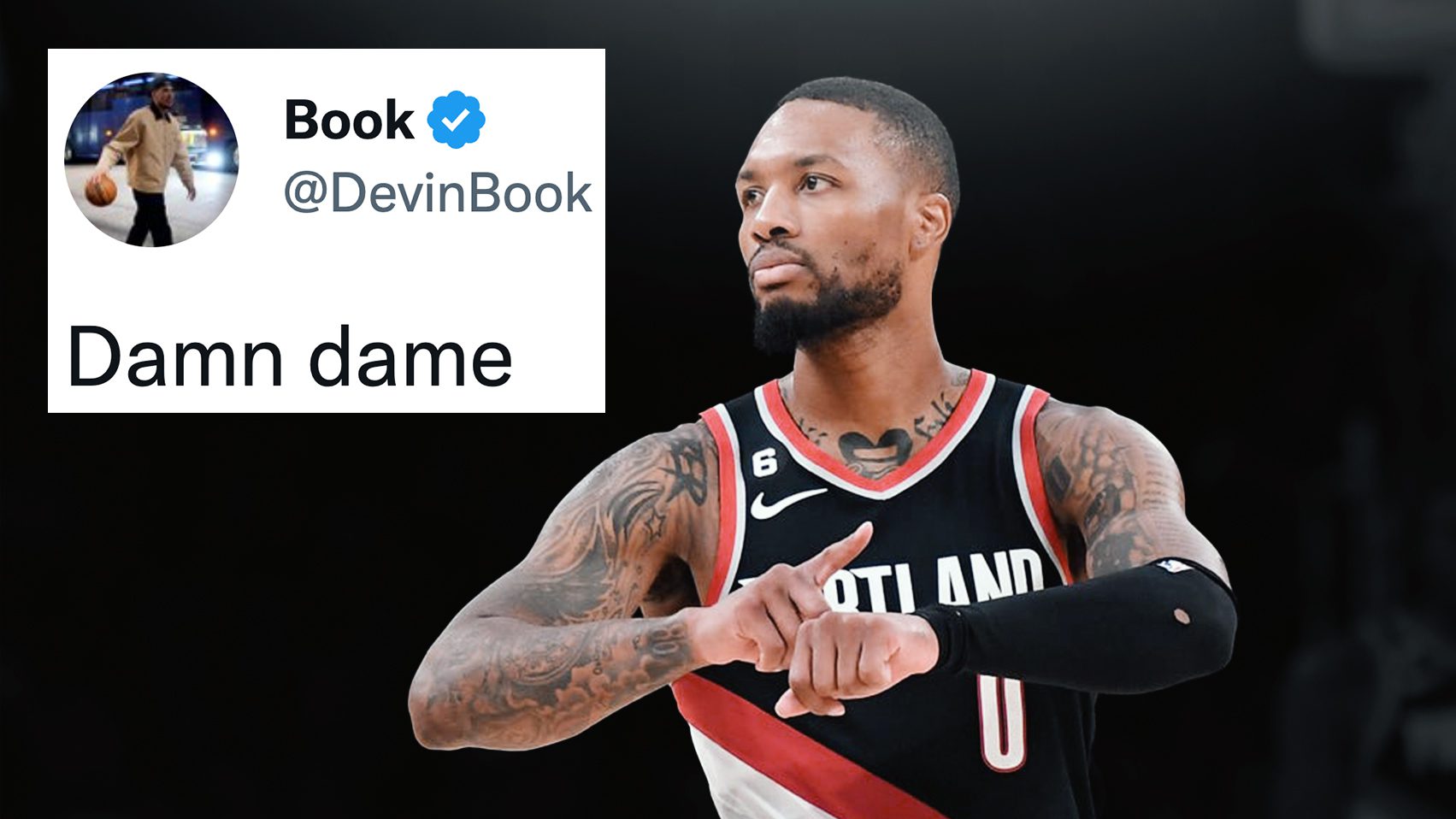 Damian Lillard went nuclear on Wednesday night, dropping 60 points, 7 rebounds and 8 assists in a 134-124 win over the Utah Jazz.

Lillard is now tied for third all-time in 60 point games with Michael Jordan and James Harden. They trail only Kobe Bryant and Wilt Chamberlain.

Here’s how the NBA world reacted to Dame’s epic performance:

I wasn’t going to tweet tonight… but Dame Dolla left me no damn choice!!! That 60 piece wing dinner he dropped tonight about to have me ordering room service. Don’t judge me and Carry the hell on…

Dame is still in his prime 🥹 pic.twitter.com/8e1K8x2IOT

NBA history: @Dame_Lillard just had the most efficient 60+ point game of all time.

Among all players to drop at least 60 points, nobody had ever done it on 88% true shooting or better.

'Hey Dame, how many points do you have to score to allow the Blazers to actually win?'

Dame pulls up so early and casually after crossing half-court that even the cameraman is surprised pic.twitter.com/mAhtSywicy

how dame walked to the bench at the end of the 3rd quarter pic.twitter.com/RSvl0F7mX8