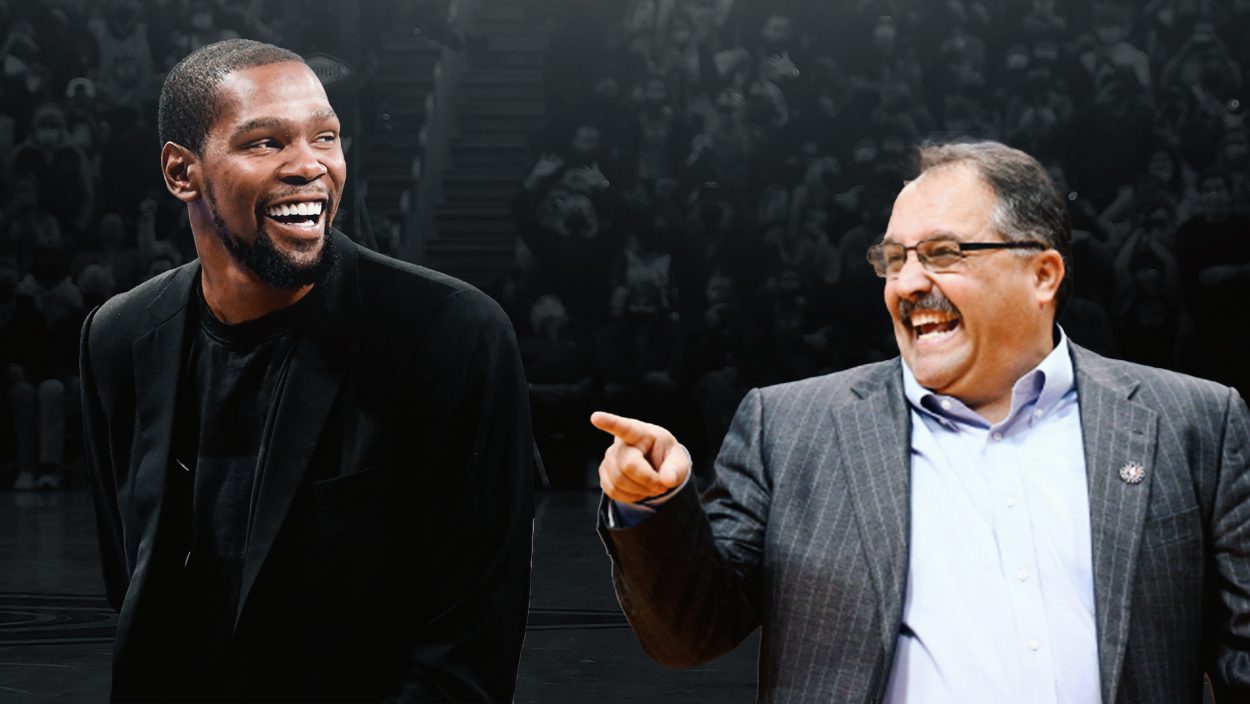 There’s often a war of words between the “old heads” and the players of today.

So when Stan Van Gundy crossed paths with the already confrontational Kevin Durant on Twitter today, it had trouble written all over it.

But as Van Gundy learned after their exchange, KD was in fact agreeing with him all along.

90’s NBA teams had just a trainer and a strength coach, they practiced more often and harder and played more back to backs. Teams now have huge medical & “performance” staffs and value rest over practice. Yet injuries and games missed are way up. Something’s not working!

No. I’m not criticizing players. I’m saying that we are getting something wrong in how we prepare and train players. We can’t do anything about injuries like yours, he fell on your leg. But all of these groin, hamstring injuries etc. shouldn’t be happening as much as they are.

What an incredible turn of events.

Although, perhaps this unintentional comedy should come as no surprise from the man who gave us this: