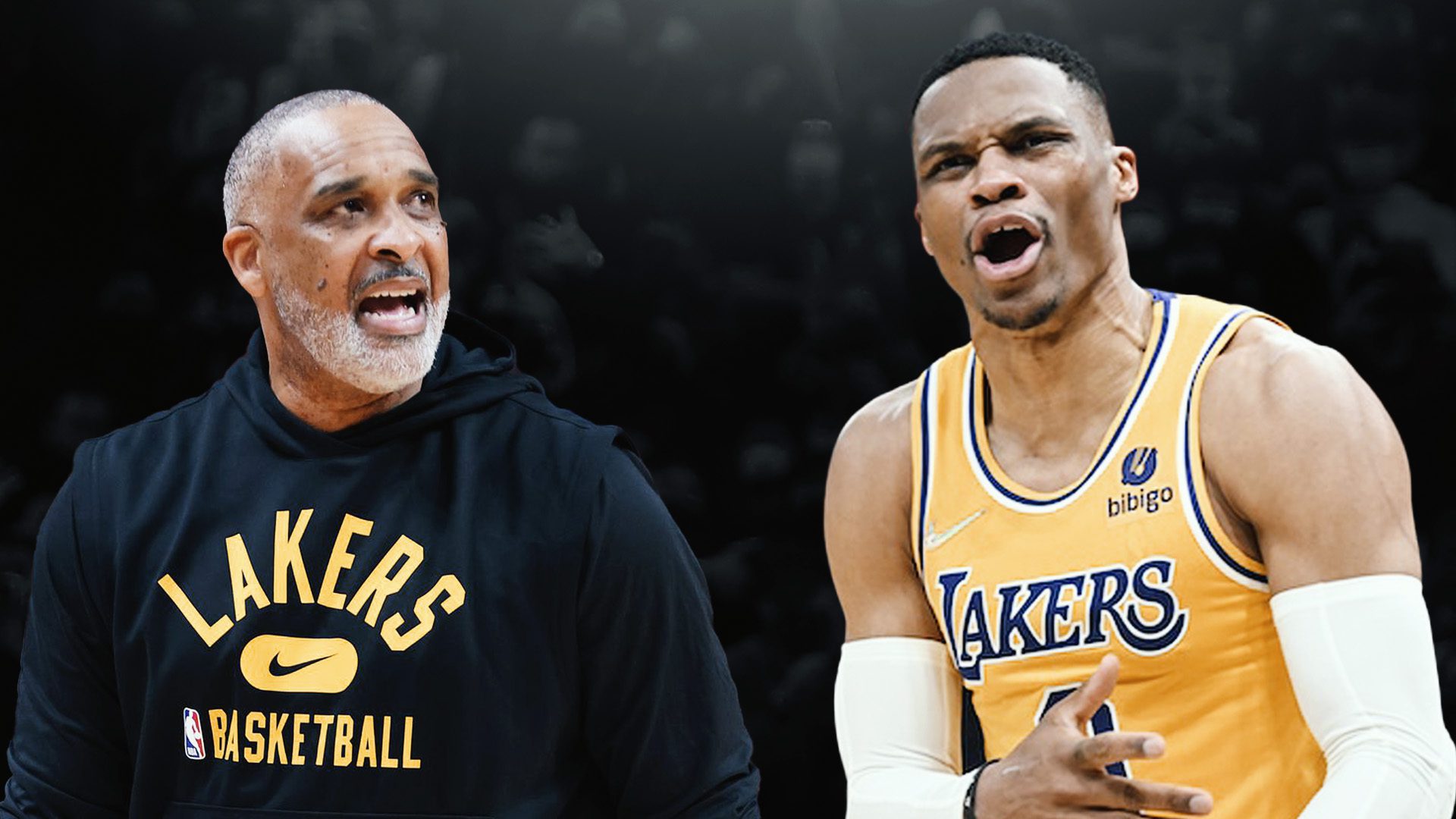 Russell Westbrook is at the center of a new controversy.

“There was an interesting scene as the Lakers headed to the locker room at the end of the first half with the lead,” NBA TV’s Jared Greenberg said on the broadcast yesterday when the Lakers beat the Rockets 140-132.

“Everybody pretty optimistic, happy with things, and then it was Russell Westbrook telling his coaches that they have to be better, repeatedly, directing towards the Lakers coaching staff, ‘Ya’ll gotta be better than that.’ “Phil Handy and LeBron calming Russ down saying, ‘We all have to be better, Russ.’ That was Phil Handy’s words to Russ.”

READ MORE: Lakers’ Trade for Sharpshooter May Implode Due to LeBron Agency Lawsuit

During the postgame media conference, reporters asked Westbrook about the incident and he clarified it was just a normal conversation, but refused to disclose what was being discussed.

“Honestly, just a conversation,” Westbrook said. “I didn’t get into it with anybody. Obviously, people are going to perceive how they want to, but just voicing my opinion and that was it.”

Lakers head coach Darvin Ham told the media that Westbrook was discussing his “rotations” with the assistants and believed it was a “passionate” but “never disrespectful” exchange.

Former MVP Westbrook notched 24 points, five rebounds and four assists from 9 of 16 shooting and looked to attack the paint early in the game, which helped the Lakers to their first win in four games.