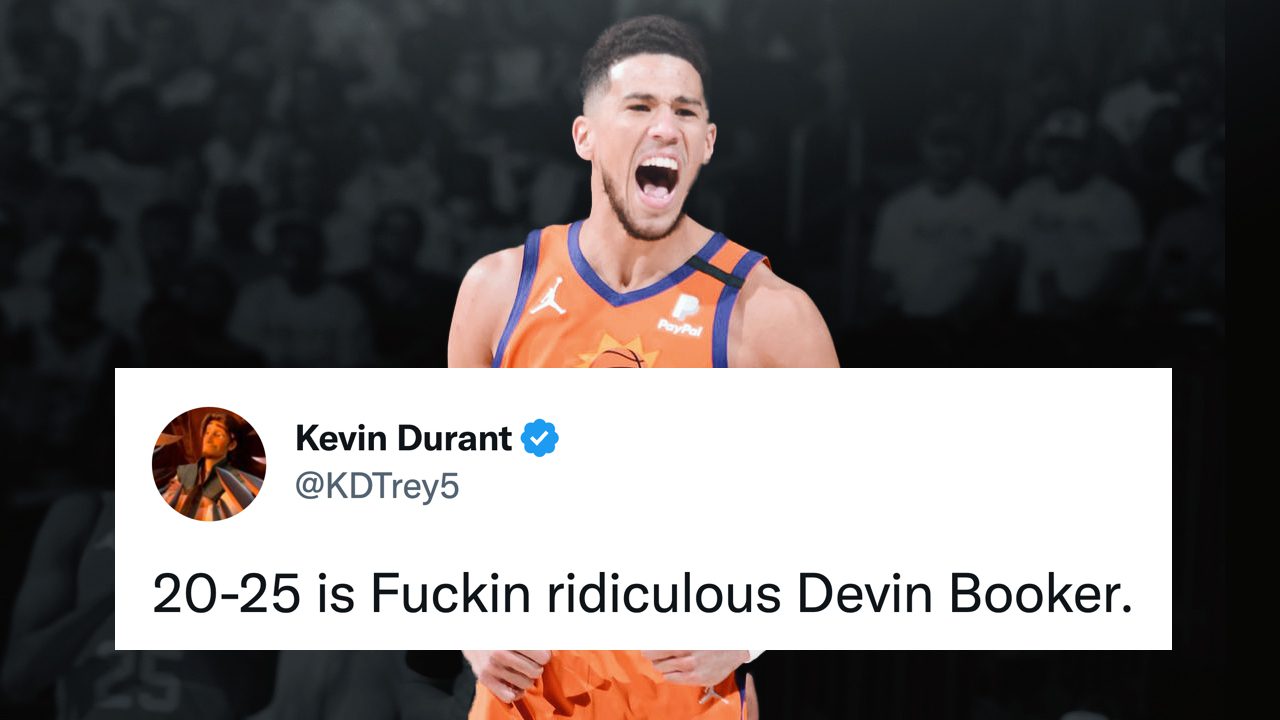 Devin Booker was absolutely electric in the Phoenix Suns win over the Chicago Bulls tonight, dropping 51 points, 4 rebounds and 6 assists on 20-25 field goal shooting and 6-7 from long range.

Here are the best reactions from around the internet:

Why can’t we have nice things. https://t.co/d6UPJofRod

Devin Booker has 95 points in the last two games.

Suns fans, take your victory laps. We TOLD the world that Devin Booker would be this when he was 18,19. We got made fun of. Look at what he’s turned into.

Devin Booker is the 2nd player over the last 25 years with 50 points and 80% shooting through the first 3 quarters of a game, joining James Harden on Nov. 5, 2017 against the Jazz. pic.twitter.com/RYkK1F17B0

Devin Booker, with 51 through three quarters, could recreate this photo against the Bulls tonight if he really wanted to pic.twitter.com/uowSEQwtVn