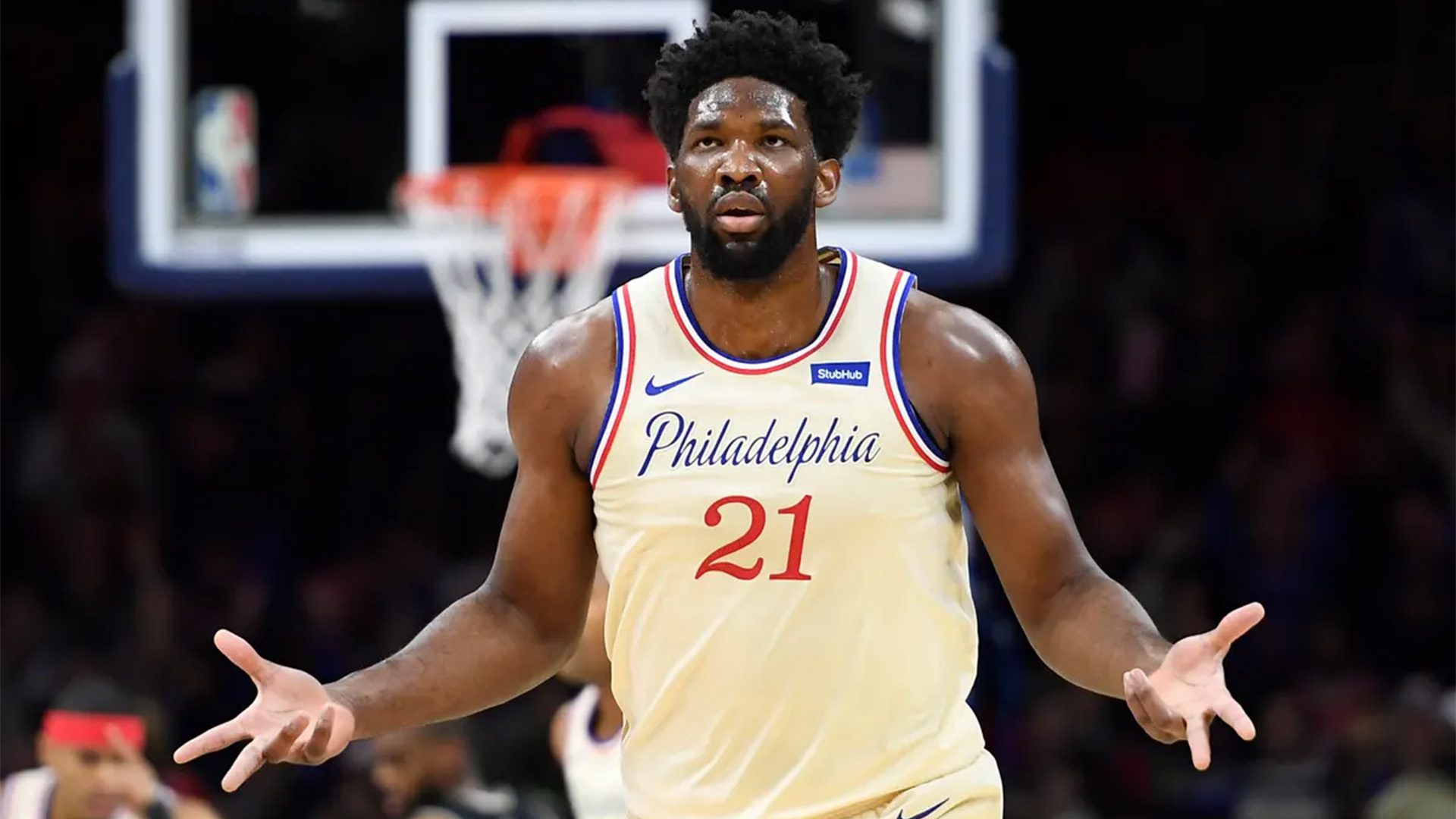 Joel Embiid will miss the next two games and one of them just happens to be a HUGE home game against former teammate Ben Simmons as they play the Nets on Tuesday.

“They’ll get their chance,” Sixers coach Doc Rivers said on the no Simmons-Embiid matchup tomorrow. “It’ll happen at some point. But it still has to remain, at the end of the day, the 76ers want to beat the Nets, period. And maybe with (Simmons) on there, you want to beat them more…”

Embiid suffered a left midfoot sprain in Saturday’s 112-109 loss to the Timberwolves and will be “re-evaluated in the coming days.”

He finished the night with a noticeable limp after he collided with teammate Georges Niang in the second half and was slow to get to his feet but still played 35 minutes.

In his final ten minutes the All-Star accounted for eight of Philly’s 25 fourth-quarter points – almost enough for a comeback win.

Throughout his 12 games played this season, Embiid is averaging 32.3 points, 10.1 rebounds and 4.6 assists per game.

His last four games he has averaged 41.25 points, which included a career-high performance where he recorded 59 points, 11 rebounds, eight assists and seven blocks against the Jazz on November 13.

Even though Embiid is posting these crazy numbers, the 76ers are still only 6-6 when he is playing and the center role will fall to smaller players in PJ Tucker, Montrezl Harrell, and Paul Reed while he recovers.

“How do I make up for Joel? We just got to play,” Rivers said at practice on Monday. “We worked today. We worked on a lot of movement stuff offensively. We’re not going to be a big team with Tuck and Trez and Paul Reed, we’ll just figure it out and go at it.”

28-year-old Embiid will join James Harden, Tobias Harris and Tyrese Maxey as the 76ers fourth starter to be struck by injury in the last few weeks but Rivers wasn’t too concerned when he saw his star go down.

“When I saw him grabbing his foot, I was already a little relieved because I thought maybe the ankle, but you just don’t know,” Rivers said. “I mean, everyone’s going down right now.”

On the bright side, power forward Tobias Harris (hip) is listed as probable for Tuesday’s game against the Nets.