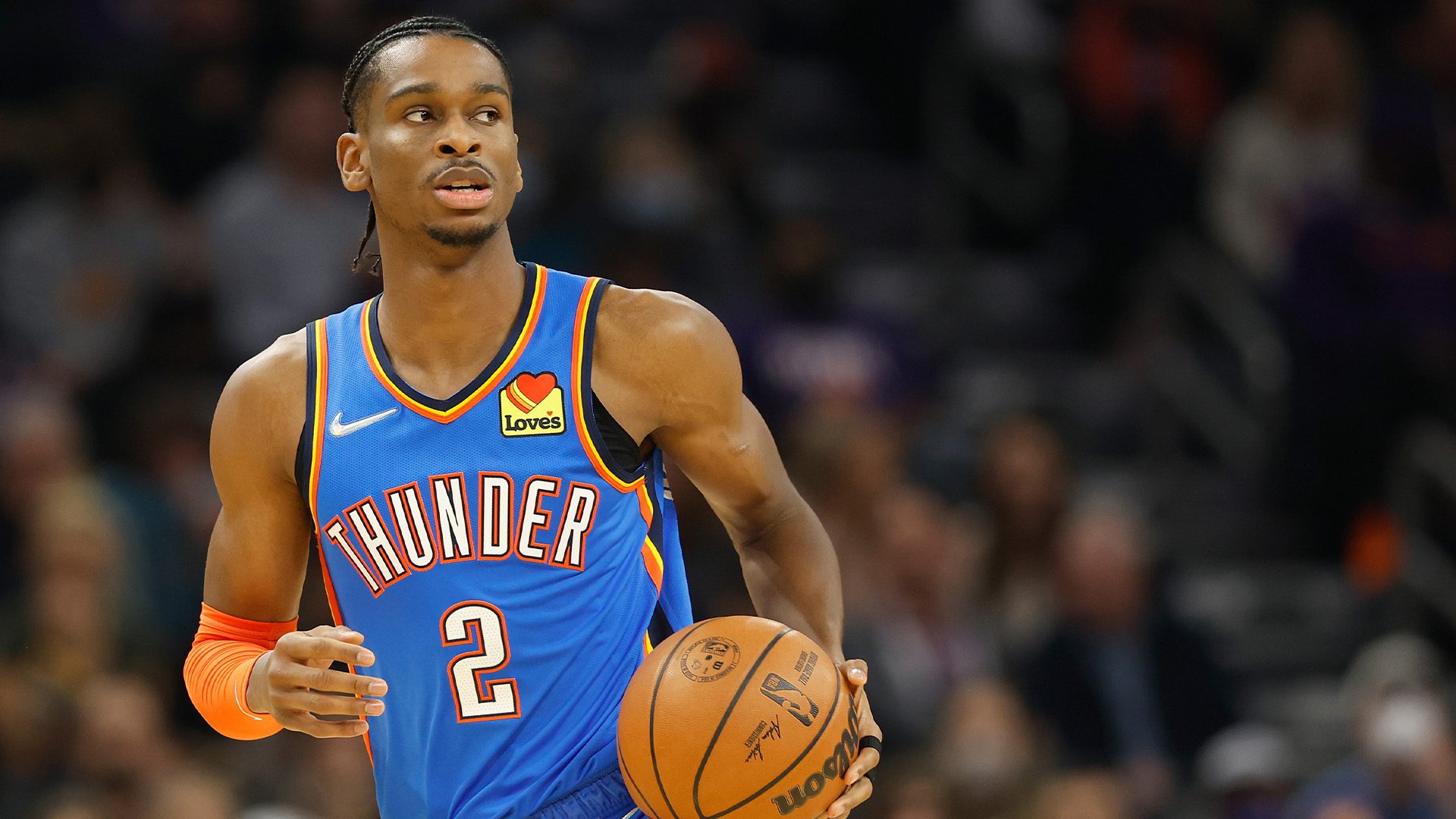 Shai Gilgeous-Alexander tied his career-high with 42 points in OKC’s wild 121-120 win over the Washington Wizards on Wednesday night. (And yes, that is a lot of alliteration).

Gilgeous-Alexander had an outstanding night and on top of matching his career-high he recorded six rebounds and seven assists shooting 68.4 percent from the field, as well as hitting the game-winning jump shot with 1.9 seconds left in the game.

“His talent speaks for itself and the way he’s playing speaks for itself but the invisible stuff that he does for the team is what’s most impressive to me about him,” Thunder coach ​​Mark Daigneault said of his point guard after the game.

The second-highest scorer for Thunder was Lu Dort with 16 points, two rebounds and three assists, while Washington’s best were Kyle Kuzma with 18 points, ten rebounds and nine assists and Kristaps Porzingis finished with 27 points, nine rebounds and four assists.

“The guys were juiced, it was a great win,” Daigneault said. “I thought we showed great perseverance and guys were excited. They should be.

“The other thing is, we went ahead by one [in the] Milwaukee game last week. We fouled in that situation and ended up losing the game and I thought we did a great job on the last play there just to clamp that down, so a lot credit to them.”

In a rare move from Daigneault, rising star Josh Giddey started the second half on the bench and the shooting guard seemed visibly frustrated with his performance. He finished his 20-minute stint with 11 points, six rebounds and two assists on 33.3 percent shooting from three. Just three days ago, he tied Wilt Chamberlain’s triple-double record at MSG.

OKC started the third quarter trailing by 13 points and with just over four minutes left to play, none other than SGA tied the game with free throws and not long after put his side in front with a 30-foot step back jump shot. In the final second of the third, Jalen Williams made a floating jump shot to give the away side a slim two-point lead heading into the fourth.