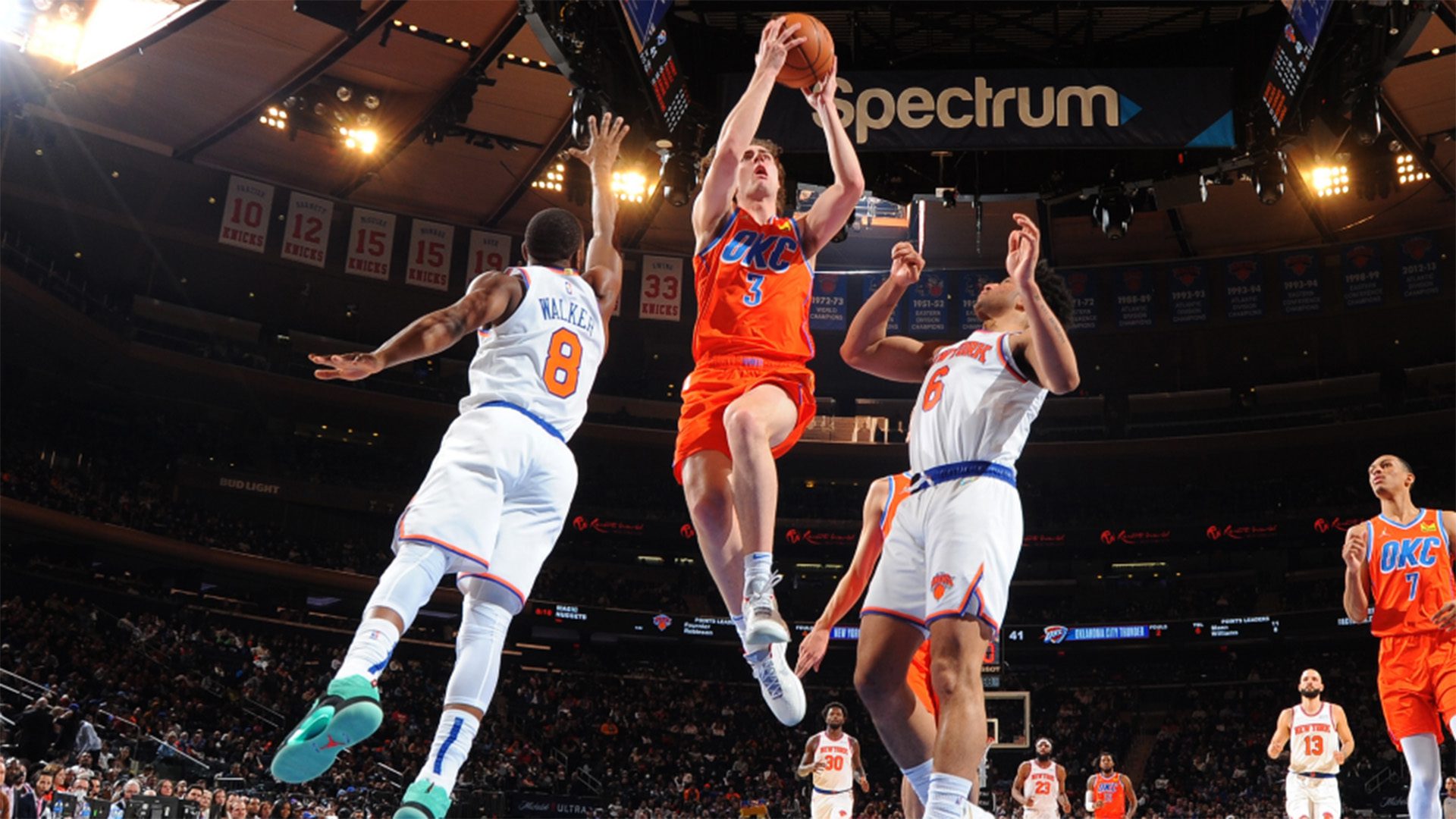 Thunder’s Josh Giddey has become the second player in NBA history behind Wilt Chamberlain to record a triple-double in his first two appearances at Madison Square Garden during OKC’s 145-135 victory over the Knicks on Sunday.

This marks the young star’s fifth career triple-double and amazingly, only Kevin Durant (7) and Russell Westbrook (138) have more in Thunder’s history, meaning he could surpass KD very shortly if he keeps this up!

The Australian is no stranger to triple-double records, after he became the youngest player in NBA history to register a triple-double when he recorded one against the Dallas Mavericks last season.

A huge smile came across Giddey’s face when a reporter informed him he was with elite triple-double company in Chamberlain, but as one the most humble guys in the NBA he gave a wholesome response.

“Anytime your name’s within company like that – one of the all time greats – is special but basketball is a team game so if those things contribute to winning and helping my guys around me be better then it makes it worth it,” Giddey said.

Giddey wasn’t the only one cooking on Sunday with OKC point guard Shai Gilgeous-Alexander notching a game-high 37 points and eight assists while small forward Luguentz Dort scored 24 points as well.

“That’s the best thing about our team – I think we’ve got such an unselfish, winning group that buys into what we’re doing as a team and no one goes off on their own ventures trying to do it all themselves,” Giddey said.

OKC have experienced some highs and lows in the 2022-23 season so far, even though they are only 13 games in. They started the season with three consecutive losses, then had four straight wins, four straight losses and are now looking for their third consecutive victory when they play Boston tomorrow – you can’t make this stuff up!