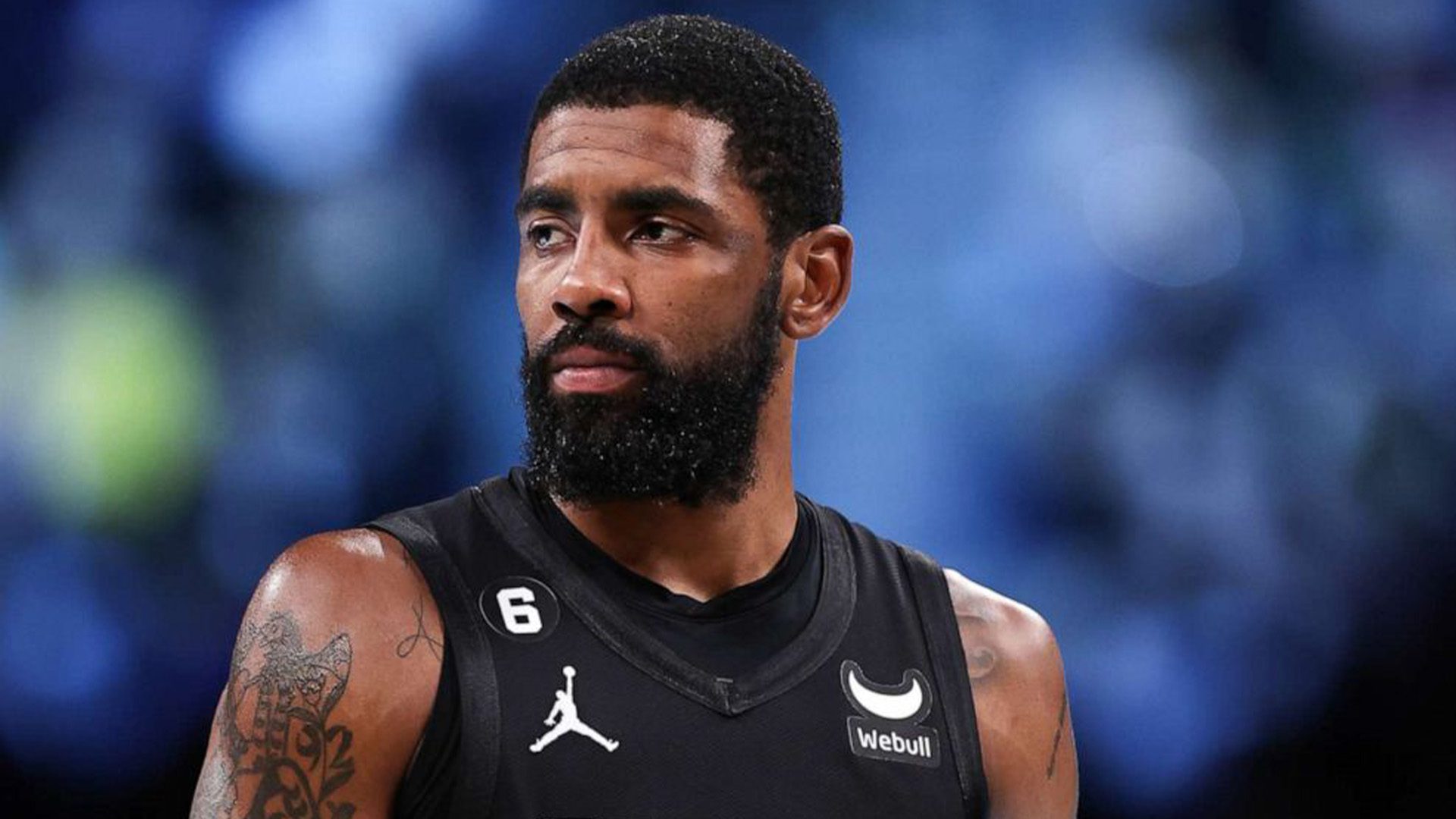 The National Basketball Players Association may become involved with the Kyrie Irving drama and could file a grievance on his behalf following his five-game suspension.

Irving repeatedly refused to apologize for Twitter posts linking to an antisemitic film and the Nets suspended him for five games and requested he do six things in order to return to the court: spoken apology condemning the film, a $500,000 donation to anti-hate causes, sensitivity training, antisemitic training, as well as meetings with the ADL / Jewish leaders, and Nets owner Joe Tsai.

Clara and I met with Kyrie and his family yesterday. We spent quality time to understand each other and it’s clear to me that Kyrie does not have any beliefs of hate towards Jewish people or any group.

NBA Insider Mark Stein reported on Monday that “Irving is itching to get back on the floor and there have been rumbles for days that the National Basketball Players Association, at some stage, could move to file a grievance on Irving’s behalf if the various parties involved can’t reach a resolution on a return timetable,” Stein said.

The point guard has now sat out six games and head coach Jacque Vaughn didn’t have any news on when he would return: “I don’t have any official word at all,” Vaughn said on Sunday before the Lakers game. “I’m just going to continue to go day by day, push this group and coach these dudes today.”

Boston Celtics guard Jaylen Brown (who is one of six NBPA’s Vice Presidents along with Irving) told the Boston Globe last week that he thought the steps to return were too much: “He made a mistake. He posted something. There was no distinction. Maybe we can move forward, but the terms in which he has to fulfill to return, I think not just speaking for me, speaking as a vice president from a lot of our players, we didn’t agree with the terms that was required for him to come back and we’re waiting for this Tuesday meeting to happen to see what comes of it.”

💭 I told you guys that I don’t believe in sharing hurtful information. And I’ll continue to be that way but Kyrie apologized and he should be able to play. That’s what I think. It’s that simple. Help him learn- but he should be playing. What he’s asked to do to get back on

To murky the waters even further on a timeline to return, Tsai was quoted by The New York Post during the Nets 110-95 win on Saturday: “He has to show people that he’s sorry,” Tsai said. “What’s important — and what people miss — is he only apologized after he was suspended.” This statement came just days after Tsai’s claims of a successful meeting with Irving.

This response is alarming for multiple reasons https://t.co/LCIEERpNYF

The literal day before this, ESPN’s Adrian Wojnarowski reported “Irving has met with team, league and union officials on “several occasions” in recent days and there’s optimism for a resolution “very soon,” the National Basketball Players Association told its membership Friday in an email.”

On top of that, Irving met with NBA Commissioner Adam Silver (a jewish man himself) last week. “We had a direct and candid conversation,” Silver told The New York Times. “He’s someone I’ve known for a decade, and I’ve never heard an antisemitic word from him or, frankly, hate directed at any group.”

I was not put here on earth to participate in any religious/political wars or incite racial disharmony/prejudice within communities. We are all equal under the sun and I am here to participate in the building of an Equal world and follow the Word from the Most High/GOD/YAH.
🤞🏾♾

It seems as though everyone involved in the situation has something different to say, and it’s changing day-by-day. More to come.