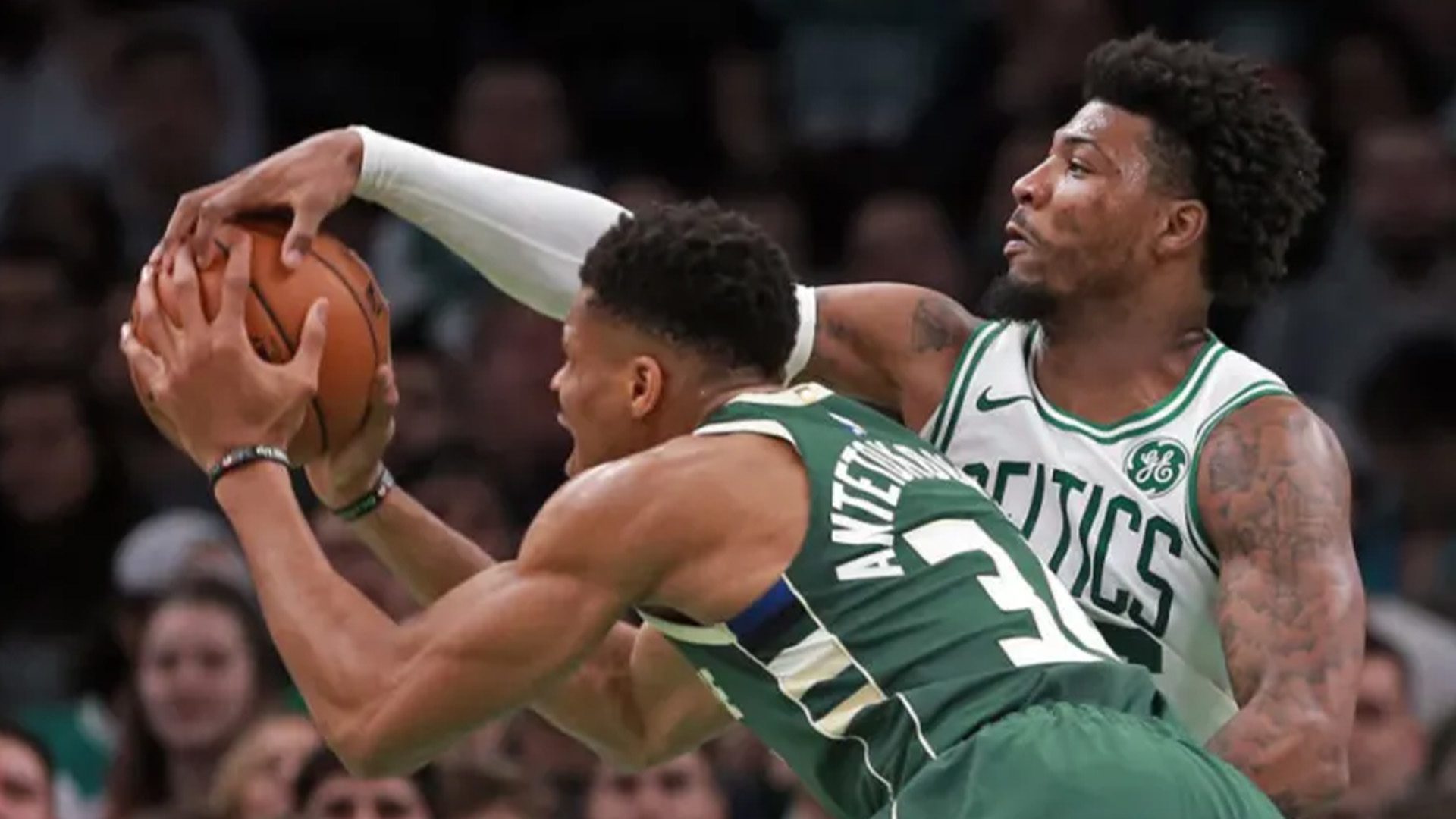 The NBA has updated their Defensive Player Ladder for this season and number one is no surprise, number three is well deserved but Marcus Smart at number two raises some questions. No disrespect to the reigning champ, but his stats look a little different to the others.

Let’s first have a look at Giannis Antetokunmpo’s statistics, who has come in first place. The 2020 DPOY has been one of the main catalysts in the Bucks’ 9-1 start to the season with his on-ball resistance, elite rim protection and suffocating help defense.

Now, let’s take a look at Smart’s (Celtics) stats, who last season became the first guard to win DPOY since 1996 when Gary Payton was voted in.

Now, OF COURSE, stats aren’t everything. In Boston’s first two games, Smart guarded James Harden, Tobias Harris, Tyrese Maxey, P.J Tucker, Jimmy Butler, Tyler Herro, as well as Kyle Lowry for a total of 102 possessions. In those possessions, he allowed those players to score 11 points combined, which is pretty impressive – especially if you look at the caliber of players he was guarding.

“I think I get more criticism now because I won it,” Smart told NBA.com this week. “You get less calls. It’s kind of weird. I would think [I’d get reputation calls] too, right? But I know who I am, I know what I can do. What I’ve been doing and how well I’ve been doing it.”

Smart played 36 minutes against the Grizzlies yesterday and it was tough through the middle. He posted 15 points, seven rebounds and 12 assists but his impact was almost immeasurable through stats as he worked to contain an on-fire Ja Morant and his team held on to record an important 109-106 win to retain their 3rd seed position in the Eastern Conference.

“Nobody wants to play defense,” Smart said. “Nobody wants to battle like that every single night. Possibly injure themselves by throwing their bodies around. Sacrifice their bodies for the betterment of their team and teammates. That’s what makes a great defender. And obviously your basketball IQ and anticipation skills, and just leading the whole defense.”

This is just ONE defensive ranking so in the grand scheme of things it doesn’t mean much. We know that. But it is interesting to see how the votes compare to the stats.