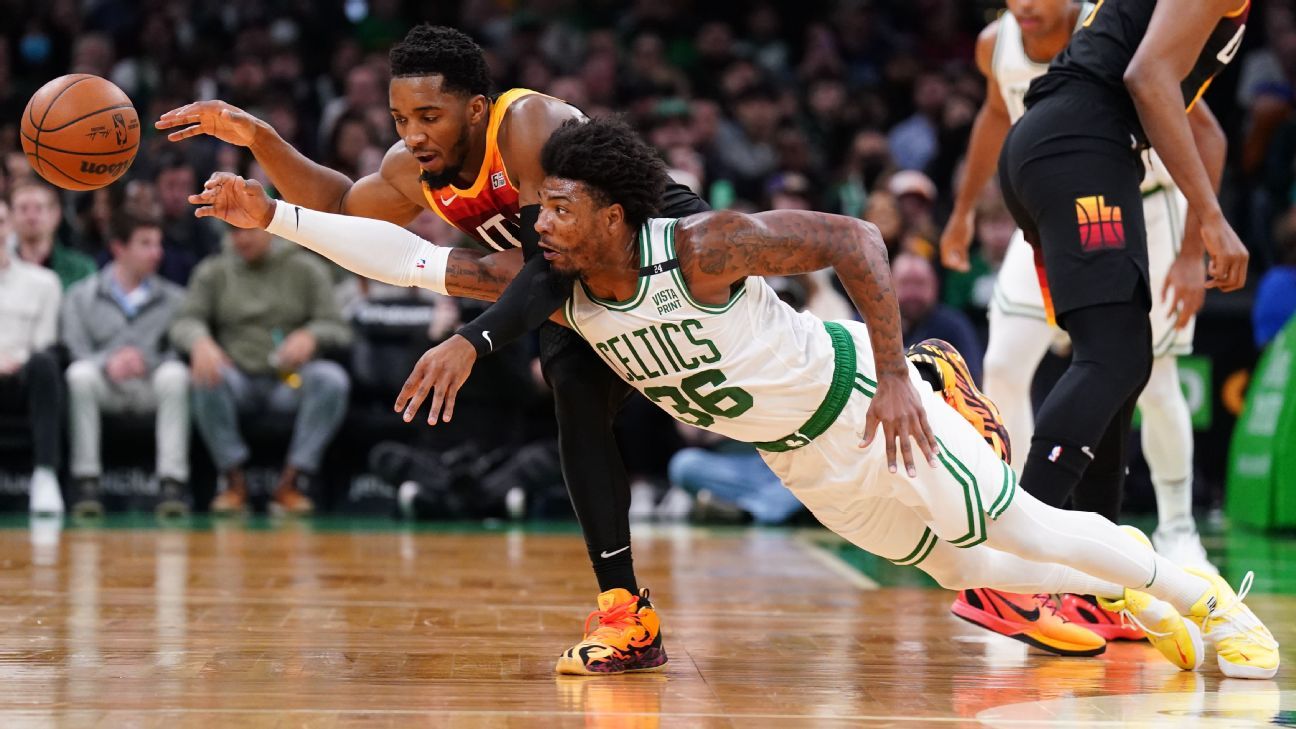 The Boston Celtics’ Marcus Smart was named 2021-22 Kia Defensive Player of the Year Monday, becoming the first guard to win the award since Gary Payton in 1996 and the second Celtic (Kevin Garnett 2007-08) to win.

“To be able to be named the Defensive Player of the Year and be the first guard since Gary Payton in 1996 to win this, it just shows not only me and everybody else that it can be done,” Smart said. “The way the game is changing, the guards are being more recognized for their abilities to do certain things that we shouldn’t be able to do at our size. I think this award and me winning it shows that and the path for us guards now and in the future.”

Smart dedicated the award to his Mom in a tweet.

Really blown away tbh
Incredibly honored!
Just happy to be able to do get this award with our team and my brothers on the team.
This is for you mama! ❤️ I love you. pic.twitter.com/3xmhMluois

Smart received 257 points (37 first-place votes) from a global panel of sportswriters and broadcasters.

Marcus Smart is the first guard to be named NBA Defensive Player of the Year since Gary Payton in the 1995-96 season. Smart is also the second player to win the award with the @celtics, joining Kevin Garnett (2007-08).

Smart started all 71 regular-season games he played, rating first for loose balls recovered per game at 1.1, seventh in steals per game with 1.68, and was ranked fifth among all NBA guards with a defensive rating of 105.2.

The eight-year veteran drafted out of Oklahoma State has spent his entire career with the Celtics.

“That’s a guy I respect as a defender,” Green said of Marcus Smart. “I’m extremely happy for him. Well deserved, with where that team’s defense went, it changed their season. And he is right in the middle of all of that. I got no complaints.”

However, not all players shared Green’s sentiment.

Miami Heat center Bam Adebayo, who was not a finalist for DPOY called his omission “Disrespectful,”  via ESPN’s Dave McMenamin, and that the finalists got more TV games and exposure than he did.

Smart and the Celtics take on Brooklyn for Game 2 of their series Wednesday.