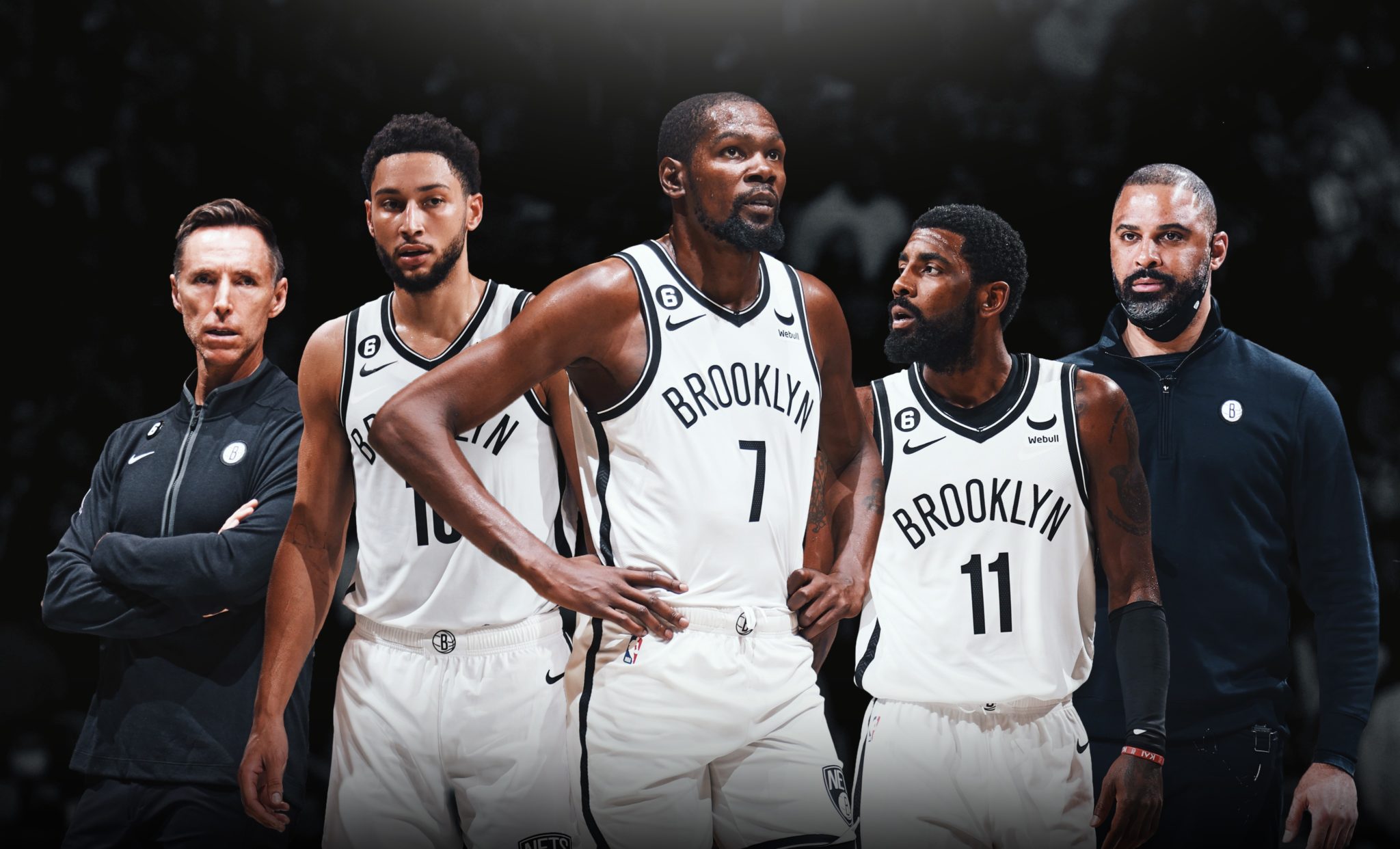 With the Brooklyn Nets firing Steve Nash and moving to finalise a deal with Ime Udoka, we’ve got everything you need to know.

WHY DID THE NETS FIRE STEVE NASH?

The Nets started the season 2-5, had the second-worst defence in the league, and the players had completely stopped listening to Steve Nash. That’s according to Nash himself, with Nets general manager Sean Marks saying that Nash told him, “they’re not responding to me”.

There have long been signs that Nash was not fully respected by Kyrie Irving in particular, starting in 2020 when Irving said “I don’t really see us having a head coach” in an appearance on Kevin Durant’s podcast. Clearly, Nash’s rhetoric didn’t contain enough conspiracy theories to keep Irving engaged.

This season, tensions have only risen further as the team continues to struggle:

This is what coaching Durant, Irving and Simmons can do to a man.

WHY ARE THE NETS HIRING IME UDOKA?

The Brooklyn Nets, in desperate need of a culture reset, have essentially fired the most agreeable man in their organisation and replaced him with the most controversial possible candidate.

Building on this: A team, whose coach LED THEM TO THE NBA FINALS, dubbed the coach's actions so egregious that he was suspended for a year days before the season, then allowed to go to a division rival with no compensation in return. None of that was a red flag for the Nets. https://t.co/S0nVszcqso

However, the Nets see Udoka as a defensive-minded, no-nonsense coach who will get the best out of a roster bursting at the seams with ego and discontent. He also has an extensive working relationship with Sean Marks, dating back to their time together in San Antonio. Udoka was also an assistant in Brooklyn in 2020-21 before joining Boston.

The Nets claim to have done their due diligence on Udoka after he had an improper workplace relationship with a Celtics subordinate and was suspended for an entire season as a result. But there’s plenty of skepticism about how much due diligence they could’ve possibly done in the brief window between firing Nash and beginning talks with Udoka.

I'm sure the Nets have done their due diligence with a thorough and deep-diving investigation into Ime Udoka in the last five minutes.

WHEN WILL UDOKA TAKE OVER?

The Nets are expecting to finalise their deal with Udoka as early as Wednesday, according to Adrian Wojnarowski.

WHO ELSE COULD THE NETS HAVE HIRED?

Quinn Snyder, Terry Stotts and Frank Vogel were among the biggest names available.