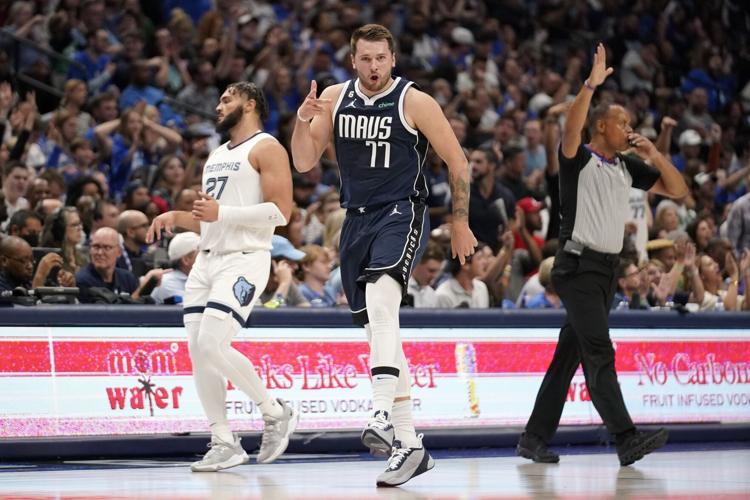 Luka Dončić scored the 90th 30-point game of his career and made a strong case for MVP as the Dallas Mavericks blew out the visiting Memphis Grizzlies and fellow MVP candidate Ja Morant 137-96.

Dallas jumped out to a 39-17 first-quarter lead powered by 21 points, 4 rebounds, and 3 assists from Dončić and was never seriously threatened by the up-and-coming Grizz.

Reggie Bullock and Dorain Finney-Smith had 28 points each for the Mavs, and Spencer Dinwiddie and Tim Hardaway Jr. chipped in 23 points apiece.

“I thought it was carry over from the last game. The guys paid attention to the details that we talked about,” said head coach Jason Kidd following the win. “Luka and those guys set the tone in the first quarter by the paint touches. We got good looks, make or miss, and then defensively we talked about rebounding the ball and I thought those guys set the tone there too.”

The Mavs held the Grizzlies to 17 first-quarter points on 30.4 percent shooting from the field and 18.2 percent from the three.

“Directing traffic on defense is the most important thing,” said Dončić.

“Last game [opening loss against the Phoenix Suns], we harped on it at halftime, we blew a 20-point lead in Phoenix, and we didn’t want that again. So, we kept our foot on the gas, kept same energy, and defensively we were great today,” said new addition Christian Wood.

The Mavs had 7 blocks and 7 steals against Memphis, but it was their play on the offensive end that had the crowd standing.

Wood, in his first season with Dallas after being traded from Houston, had 22 points and 12 rebounds.

“He’s been great. He’s a great player. He listens to us. He accepts his role, and he’s doing amazing stuff out there,” said Dončić.

“I’m just trying to play hard. Do the best that I can,” said Wood.

Next up for Dallas is a home game against the San Antonio Spurs.