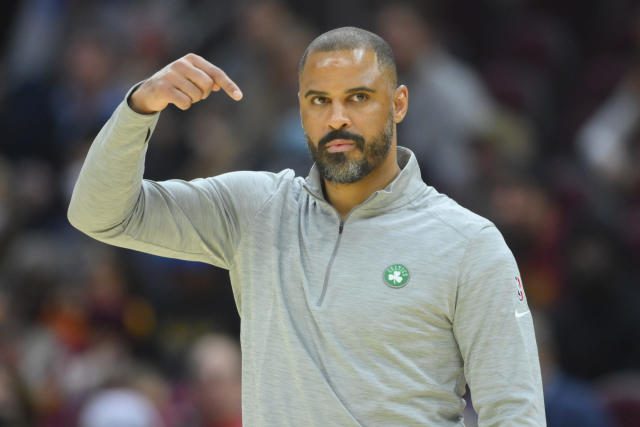 The Boston Celtics are expected to suspend head coach Ime Udoka for the entire 2022-23 season for engaging in an improper relationship with another Celtics staff member, per ESPN’s Adrian Wojnarowski.

Udoka, who led Boston to the Finals in his first year as head coach, reportedly engaged in a relationship with a female staff member, considered a violation of the organization’s guidelines.

Reporting on the imminent season-long suspension for Celtics coach Ime Udoka on Sportscenter with @ElleDuncanESPN. pic.twitter.com/VPQHkaxXsR

The proposed penalty is unprecedented for a sitting NBA head coach in the NBA.

According to ESPN, assistant coach Joe Mazzulla is expected to become Boston’s interim coach for the season.

Udoka took the Celtics to the NBA Finals for the first time in 12 years last season.

The Celtics finished second in the Eastern Conference with a 51-31 record and defeated the Brooklyn Nets, Milwaukee Bucks, and Miami Heat before falling to the Golden State Warriors in the NBA Finals.