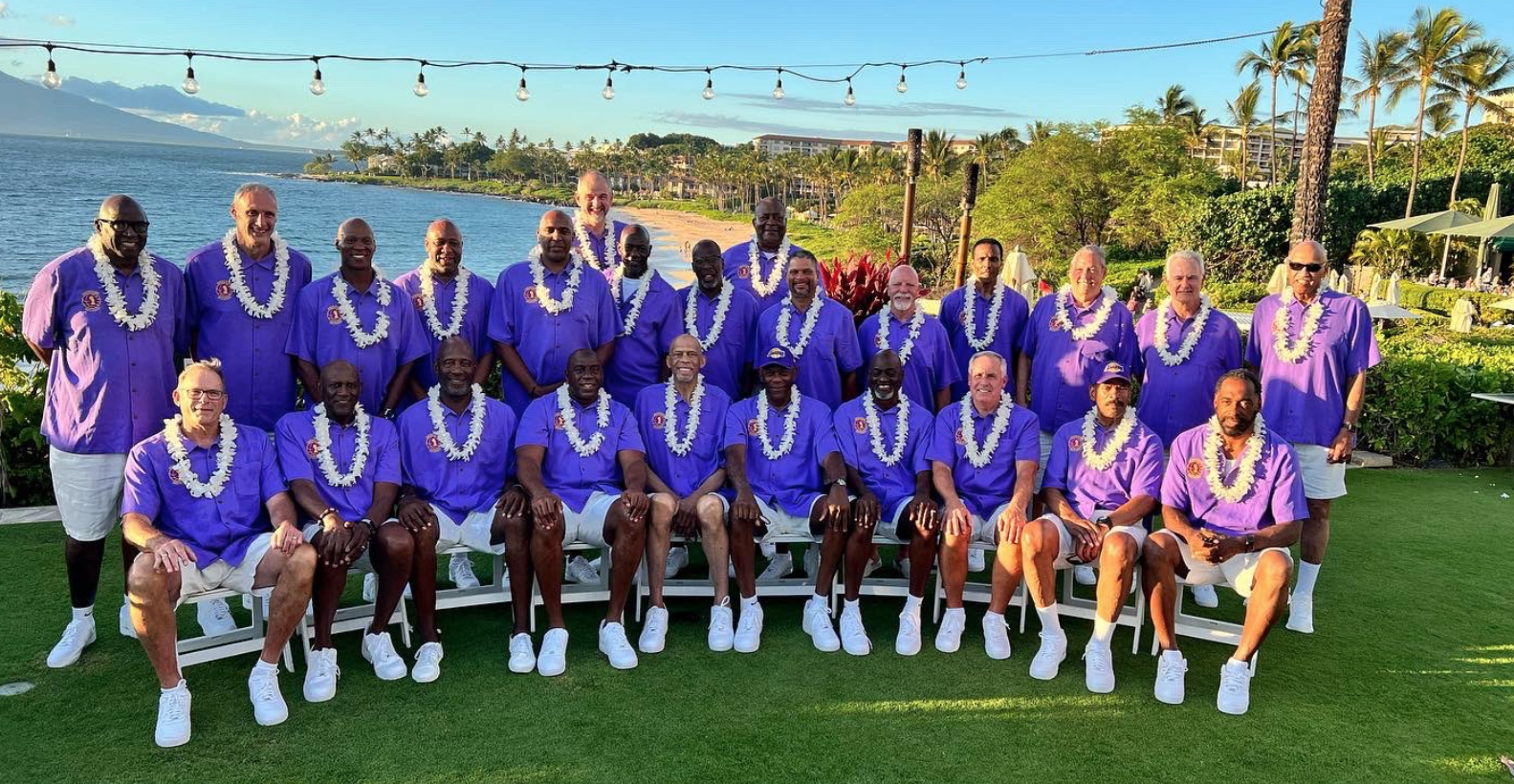 The Showtime Lakers reunited in Hawaii to celebrate their five titles and hit the hardwood one more time to run some plays and put up some shots.

Former Laker coach Pat Riley, known for his intenses practices when he led LA in the 1980s, had the team stretching before starting drills.

“Had a ‘walk around’ for the Showtime Reunion today! we had so much fun running plays and reliving our practice days,” Tweeted Earvin “Magic” Johnson.

Reunion attendees also hit the links and took the time to show off their singing skills.

“Doesn’t get any better than this,” Tweeted James Worthy.

The Lakers were thrust back into the media spotlight with the release of HBO’s series Winning Time, which follows the rise of the Showtime Lakers.

The fictional series was a hit for viewers, but not so much with the Lakers.

Related Article:  Kareem Abdul-Jabbar Reveals Why He Isn’t Fazed By LeBron Surpassing Him

The Lakers’ rivalry with the Boston Celtics and the battle between greats Magic and Larry Brid would rejuvenate the league and fan interest.

The Showtime Lakers’ notoriety and success transformed LA into the premiere NBA franchise and would lead to the Shaq and Kobe Laker championship teams of 2000, ’01, and ’02, Kobe’s ’09 and ’10 teams, and the LeBron James Laker title in 2020.

Magic and company made the Lakers the team of the league that every star wanted to play for.

Johnson would later briefly coach the Lakers and work in the front office, while Jabbar spent some time working as a coach for big men.

Both Byron Scott and Michael Cooper spent time as coaches, Scott in the NBA and Cooper in the WNBA, and former coach Riley would win three more rings with the Miami Heat.