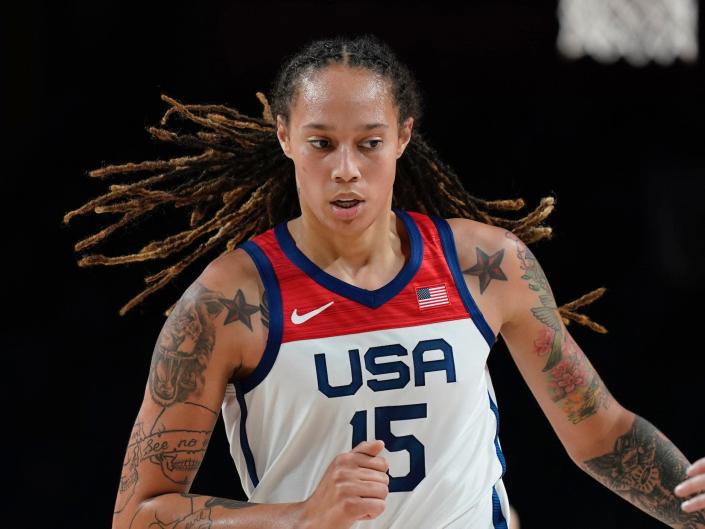 WNBA star Brittney Griner, who has been in Russian custody since mid-February, reached out to U.S. President Joe Biden for help in a handwritten letter asking the President not to “forget about me and the other American Detainees.”

Most of the contents of the letter were kept confidential, but Griner’s agent, Lindsay Kagawa Colas, shared a few lines on Monday as the U.S. celebrated its national day of independence.

“… As I sit here in a Russian prison, alone with my thoughts and without the protection of my wife, family, friends, Olympic jersey, or any accomplishments, I’m terrified I might be here forever,” Griner wrote.

“On the 4th of July, our family normally honors the service of those who fought for our freedom, including my father who is a Vietnam War Veteran,” said Griner. “It hurts thinking about how I usually celebrate this day because freedom means something completely different to me this year.”

NEW: A letter from Brittney Griner was sent to the White House today, making a direct appeal to President Biden for her freedom. Representatives shared the following excerpts: pic.twitter.com/pvh4IpOfou

“We believe the Russian Federation is wrongfully detaining Brittney Griner,” said NSC spokeswoman Adrienne Watson. “President Biden has been clear about the need to see all U.S. nationals who are held hostage or wrongfully detained abroad released, including Brittney Griner. The U.S. government continues to work aggressively — using every available means — to bring her home.”

Griner was detained by the Russian Federal Customs Service at a Moscow airport on February 17 after they allegedly found vape cartridges containing cannabis oil in her luggage.

Her trial was finally started last week after several delays.

History does not bode well for the 31-year-old Griner, who could face ten years in prison.

Defendants are rarely acquitted in Russian criminal cases,” per the Chicago Sun-Times.

Russian state media reported the Russian government would release the WNBA champion in exchange for convicted arms trafficker Viktor Bout, aka the “Merchant of Death.”