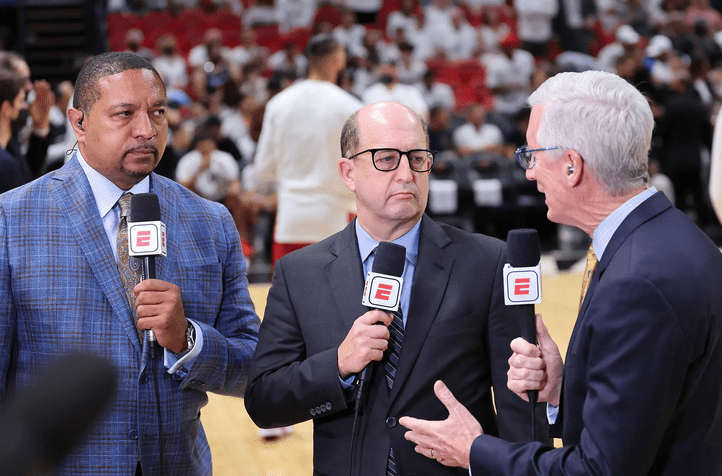 ESPN is down three of its starters for the beginning of NBA Finals’ coverage as lead NBA play-by-play announcer Mike Breen, game analyst Jeff Van Gundy, and insider Adrian Wojnarowski will all miss  Game 1 due to COVID-19, according to the New York Post.

Jackson is the only member of ESPN’s announcing team that wasn’t affected by COVID-19.

Though Breen was said to “feel fine,” he failed to pass NBA or Disney COVID protocols.

ESPN hopes to have both Breen and Van Gundy back for Game 2 on Sunday.

Wojnarowski, who appears on “NBA Countdown” may join the crew in Boston for Game 3 or work remotely.

Game 1 between the Golden State Warriors and Boston Celtics tips off at 9 p.m. ET on ESPN.

The Celtics are playing for their first title since 2010 when they lost to the Kober Bryant Los Angeles Lakers.

The Warriors are back in the Finals for the first time since losing to the Toronto Raptors in 2019.