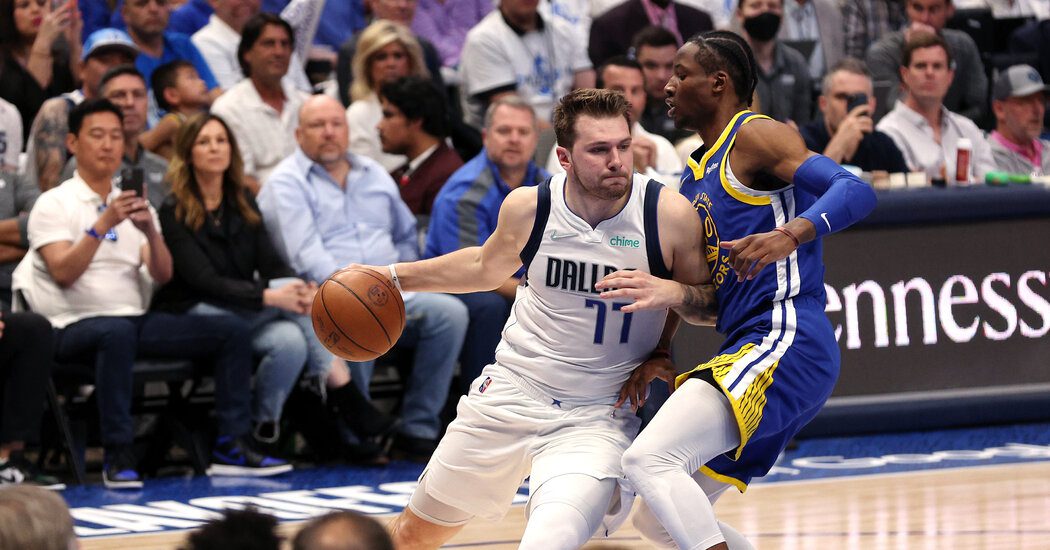 The Dallas Mavericks managed to hold off an impressive comeback by the Golden State Warriors bench players to live another day in the 2022 postseason.

The Warriors lead the series 3-1, and no team has ever come back from a 3-0 deficit in NBA history.

Still, the Mavs still believe they can do it.

Despite a leaky roof causing a delay at the American Airlines Center, Dallas managed to knock down eight 3-pointers in the third quarter to take a 29-point lead heading into the fourth.

Golden State went on a run to open the final period, forcing the Mavericks to put Luka Doncic back in.

The Warriors cut it to an eight-point deficit with mostly bench players on the floor before making a final push with three starters and Jordan Poole at the 3:03 mark.

The Mavericks continued running through their star to avoid elimination for at least one more game.

Doncic finished one assist shy of a triple-double with 30 points, 14 rebounds, and nine assists.

Dorian Finney-Smith had 23 points, and Reggie Bullock, coming off a scoreless outing, added 18.

Stephen Curry led the Warriors with 20 points and eight assists, and Poole added 14 points off the bench.

The game was delayed 16 minutes after halftime while the arena crew addressed a leak in the roof that saw water pooling on the court.

The Dallas Mavericks head to the Bay Area to try and pull off another victory.

Game 5 is set for Thursday on TNT at the Chase Center in San Francisco.

Golden State is looking to move to the NBA Finals for the first time since losing to the Toronto Raptors in 2019.