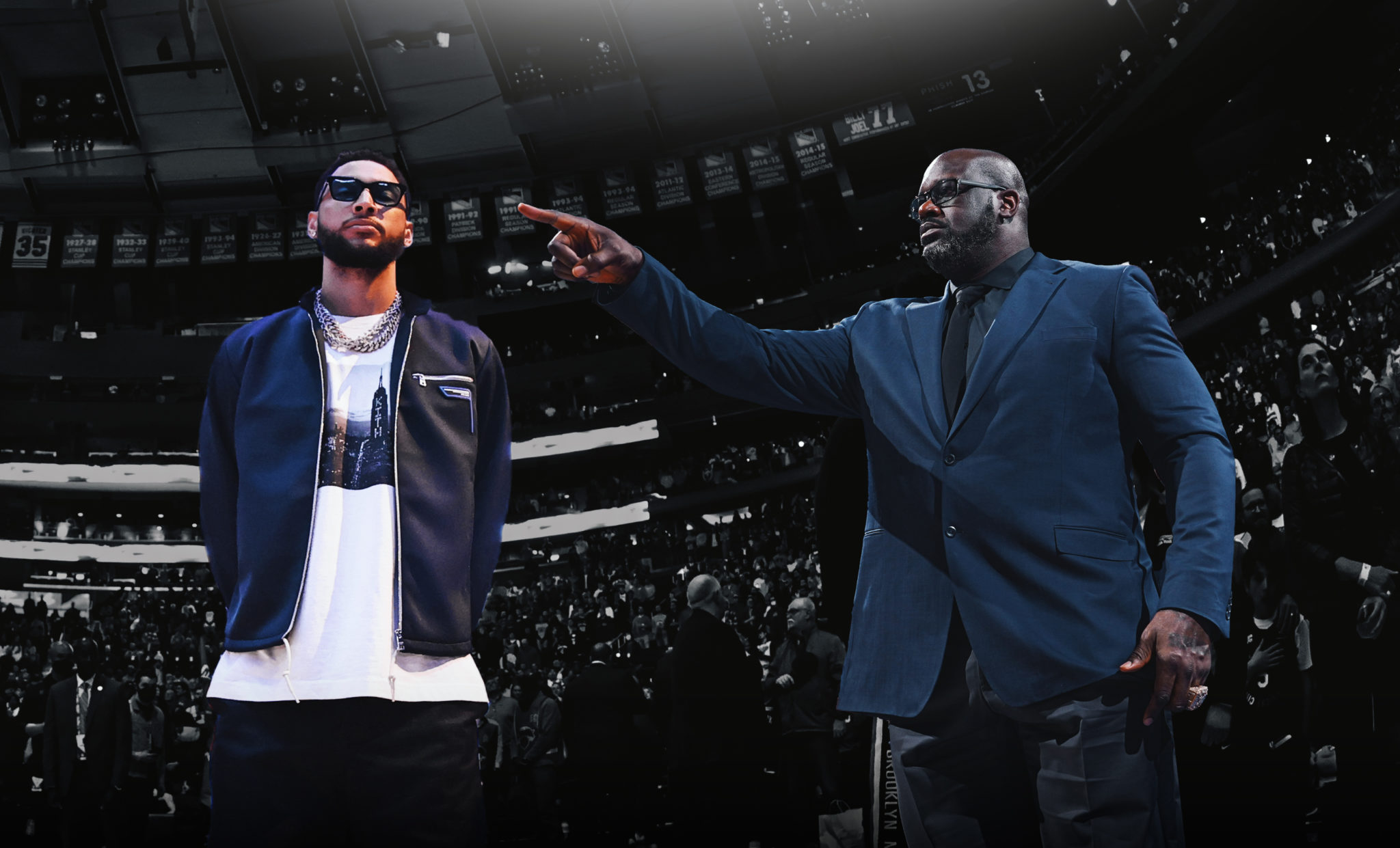 Shaquille O’Neal isn’t buying Ben Simmons’ excuses for sitting out all season and says Simmons should call him if he has a problem with the criticism.

“If I said something that was hurtful, maybe he should call me and say, ‘Hey, you said this,’” O’Neal said in an interview with Taylor Rooks. “I’m intelligent enough to stop and say, ‘Okay, when did I say it?’ And then I say, ‘You know what, that wasn’t right.’”

Shaq added that Simmons was also welcome to publicly come out and clear the air with the exact reasoning for his season-long absence.

“But right now, we just going on speculation — and some facts, because I’ve got some people where he is,” he said. “So I know a lot and I see a lot. But he hasn’t said why he’s not playing.”

READ MORE: Ben Simmons Sends Angry DMs to Shaq Over Criticism on Inside The NBA

O’Neal recently blasted Simmons for missing Brooklyn’s first-round playoff series against Boston. It was widely reported that Simmons would return for Game 4, but when the Nets found themselves trailing the series 3-0, Simmons sat out with back tightness.

“In the hood we call this a punk move,” O’Neal said on Inside The NBA. “You know, when things are going good, ‘Oh yeah I’m going to play in Game 4.’ Now that [the Nets] lost, ‘My back hurts.’ Well, if your back hurts, get some Icy Hot. I’ll send it to you.”

Shaq didn’t stop there either.

O’Neal, like much of the NBA world, has been openly critical of Simmons all season, notably calling him a “cry baby” on national TV earlier in the year. He also claimed Simmons sent him angry messages in response to the criticism.