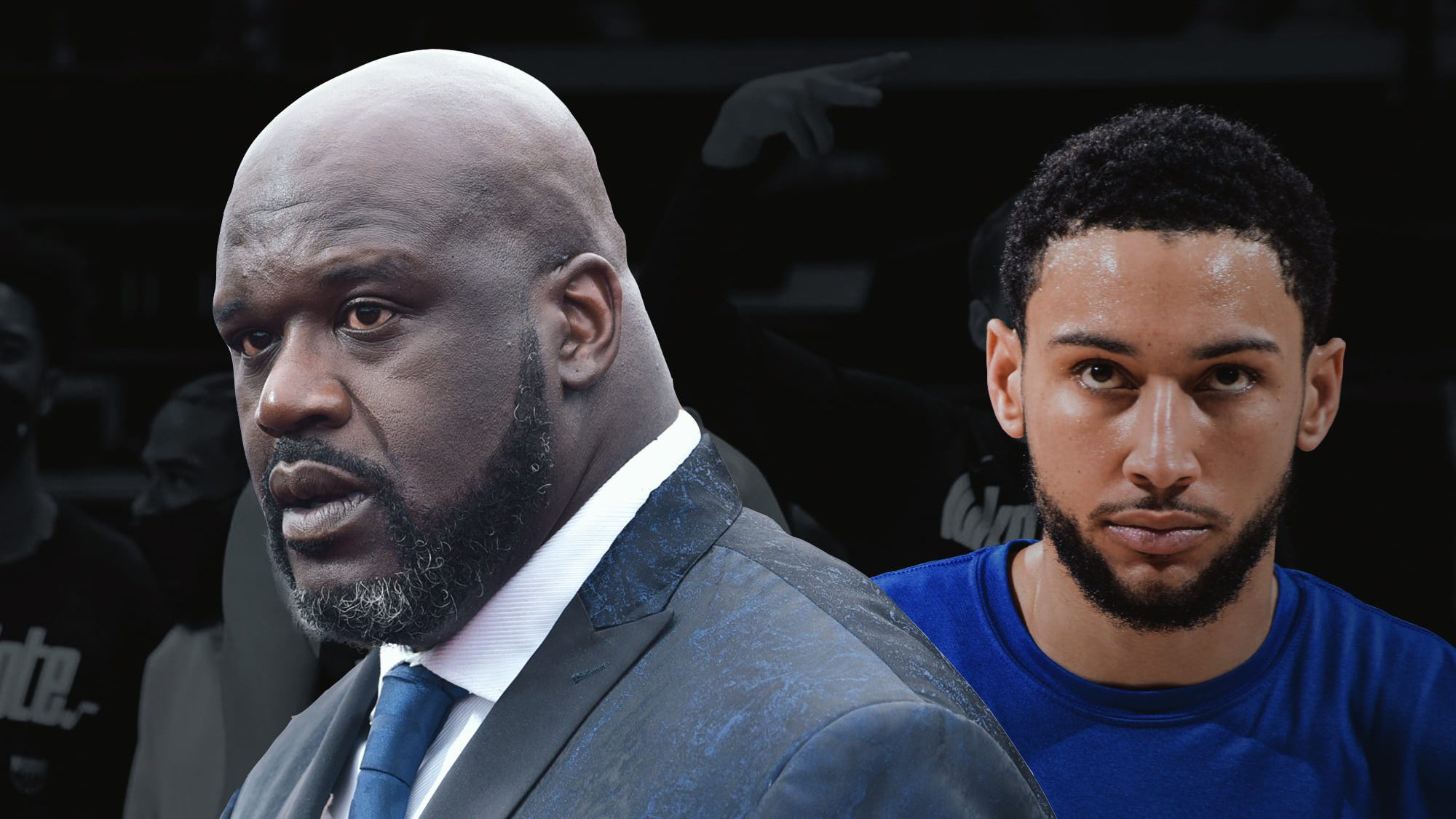 Three-time All-Star and world’s most sensitive man Ben Simmons is not happy after Shaq ripped into him on TNT last week.

Speaking on Inside The NBA, O’Neal said he had lost all respect for Simmons and labelled him a ‘cry baby’.

“Great players get criticised,” Shaq said. “But the great players also step up to the criticism and perform… I don’t respect him. I’d get rid of him.”

So Shaq had some things to say about Ben Simmons. pic.twitter.com/JLVAulV35T

Simmons was not happy when he caught wind of what the big fella had to say. As if to prove Shaq’s comments about his inability to handle criticism, Simmons slid into O’Neal’s DMs with an axe to grind.

"He acting like a baby.”@Shaq went IN on Ben Simmons and says the Sixers star DM'd him mad for comments Shaq recently made on @NBAonTNT

“I realized this after I left LA,” he continued. “I don’t want to spend my whole career fighting for a useless title. ‘Shaq you the man. Shaq, this your team.’ In reality, what the f*** does all that mean? It don’t mean nothing.

“I could have won eight, nine championships with that man (Kobe Bryant) instead of us both arguing about whose team it is. Don’t fight over useless titles. Fight for each other.”

Meanwhile, the Simmons-76ers standoff continues with no end in sight. The Aussie point guard has lost over $19 million in fines since the season began and that number will reach $31 million if he continues to hold out.

Every two weeks, instead of receiving his paycheck, the 76ers send him a summary of all his accumulated fines instead, according to ESPN’s Ramona Shelburne.

Simmons is still showing up to shootarounds and film sessions to avoid even more fines, but he “rarely stays long or engages with anyone”, according to the report which detailed what must be a painfully awkward situation for all involved.