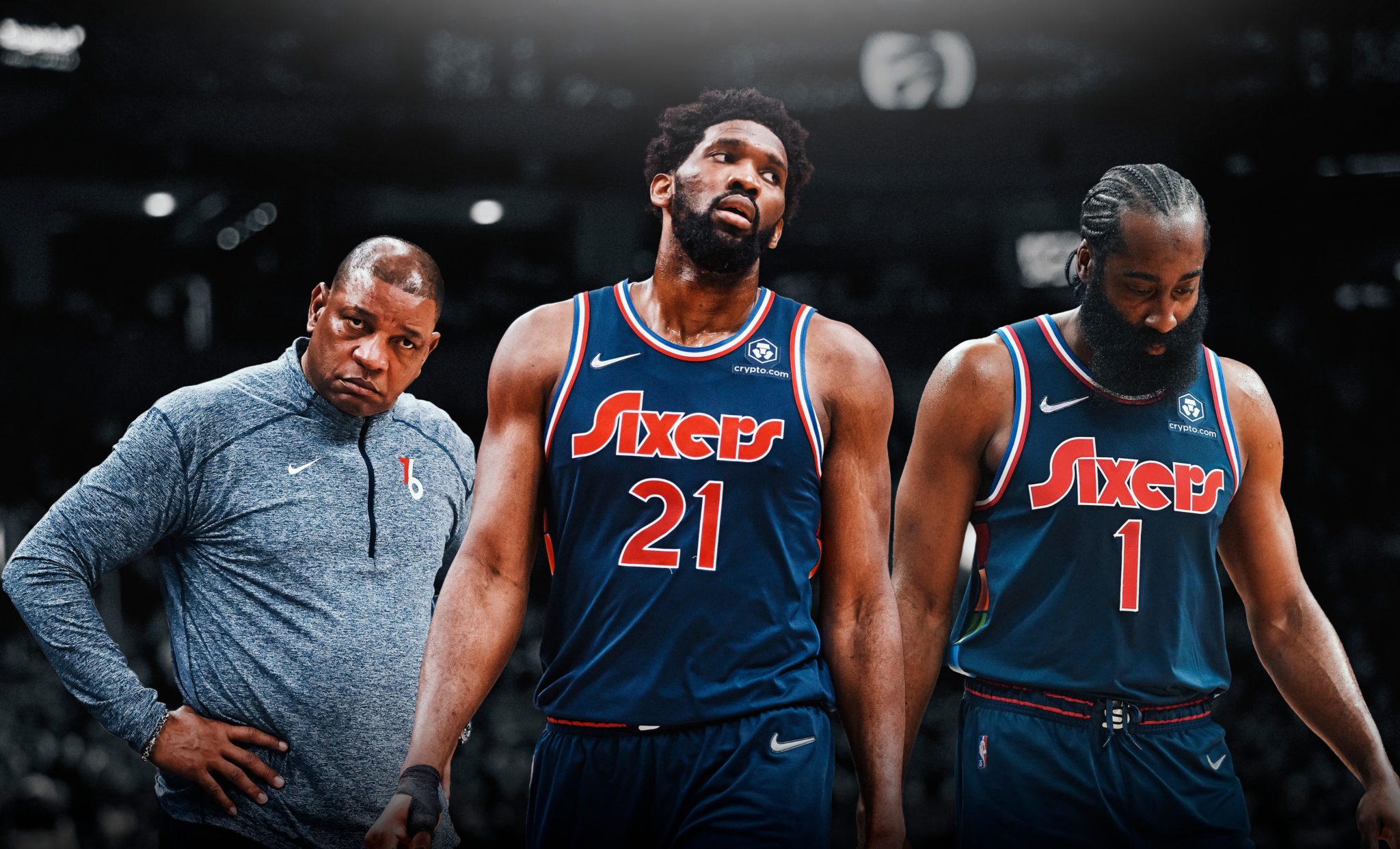 In the wake of the Philadelphia 76ers suffering another disappointing second round exit on Thursday, Doc Rivers and James Harden didn’t help matters when they refused to take responsibility for the team’s shortcomings.

Rivers, who has a history of falling short of postseason expectations and deflecting blame, again refused to admit he could have been better.

“I think I do a terrific job,” Rivers said. “If you don’t, then you should write it. I worked my butt off to get this team here.”

Bizarrely, Rivers suggested nobody had any expectations for a team that features Joel Embiid and James Harden.

“When I first got here, no one picked us to be anywhere. Again this year, the same thing.”

He then offered up this keen observation:

“I came to the conclusion at the end of this game that we were not good enough to beat Miami.”

James Harden, meanwhile, had 0 points on 0-2 shooting in the second half and was asked about his lack of aggression.

“We run our offense, the ball just didn’t get back to me,” he said.

When Harden was asked if Rivers called plays for him, he said, “Next question”.

Later in the press conference, Embiid was brutally honest about James Harden’s playoff performances with the Sixers.

“Since we got him, everybody expected the Houston James Harden,” he said. “But that’s not who he is anymore. He’s more of a playmaker.”

Embiid also wondered aloud what could have been if Jimmy Butler never left Philadelphia back in 2019.

Embiid added that the players had a responsibility to be better and shouldn’t point fingers at the coaches and front office.