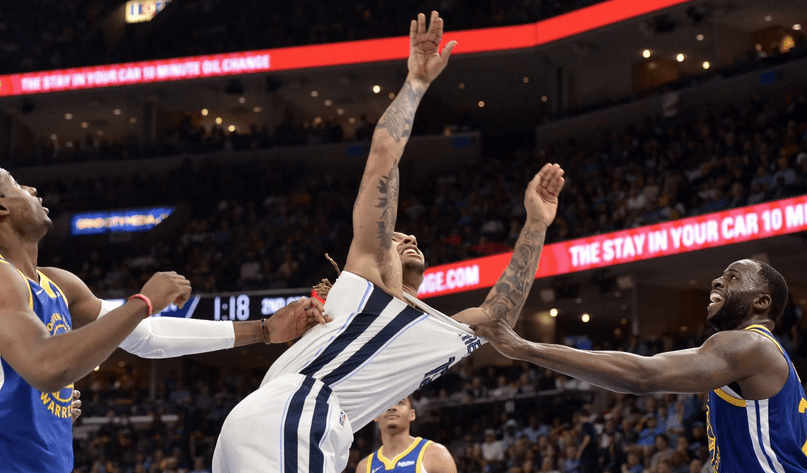 The NBA announced it would not downgrade Draymond Green’s flagrant foul 2 given during the second quarter of the Warriors’ 117-116 win over the Memphis Grizzlies in Game 1 of their series.

Green was charged with the foul and ejected after hitting the Grizzlies’ Brandon Clarke on the head and grabbing his jersey as Clarke went up for a shot.

Memphis was leading by one point at the time of the call.

“I am never going to change the way I play basketball,” Green said after Monday’s practice, per ESPN. “It’s gotten me this far. Gotten me three championships, four All-Stars, Defensive Player of the Year. I’m not going to change now.”

“He’s been known for flagrant fouls in his career. I’ve watched him on TV my whole life, so I wasn’t really shocked,” said Clarke after the game. “He’s a real good player on defense. There’s no need to do all that extra stuff.”

Still, Green attributed Clarke’s comments and the call to Green’s reputation rather than his actual play.

“My reputation is a badge of honor,” Green said. “Not everybody can earn that reputation.”

During the 2016 NBA Finals against the Cleveland Cavaliers, Green was suspended for Game 5 after picking up four flagrant foul points during the postseason.

The Warriors would lose the series in seven games.

“I want him to be himself and make the plays he’s capable of making and impact the game,” said Steph Curry. “But, he can’t be in a situation where the interpretation of rules goes against him.”

Memphis has homecourt advantage in the series and almost won Game 1, but Green indicated he’s not going to change his approach for fear of being suspended.

“It will absolutely not take the bite out of the way I play,” Green said. “Because then we go home early, and the [flagrant] points don’t matter anymore. I don’t know how to take bite out. That doesn’t work for me.”