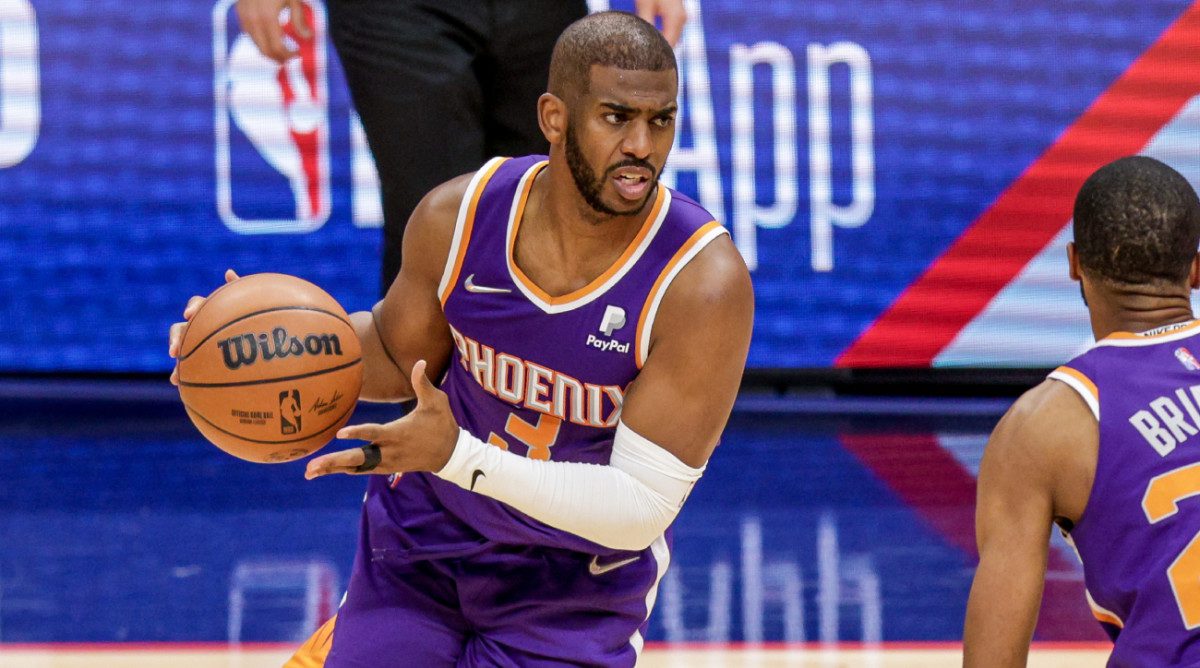 Chris Paul could do no wrong Thursday night in New Orleans, going a perfect 14-14 and making NBA playoff history in the Suns’ 115-109 win over the Pelicans.

Paul’s 33 points were the most without a miss and helped his team wrap up their series against the New Orleans Pelicans 4-2.

“Chris did something historical tonight, and we needed it to win a game like this in front of an unreal crowd,” said coach Monty Williams.

“At some point in the second quarter, I told coach I’m gonna get aggressive,” said Paul after the game. ”

The 12-time All-Star was one of five players in double figures for the Suns, who welcomed Devin Booker back into the lineup after he missed the last three games with a right hamstring strain.

“Real nice to have him back. It’s a little bit different when you’ve got him back on the court,” said Paul.

Booker injured his hamstring during the Suns’ 125-114 Game 2 loss and was predicted to miss up to three weeks of action.

“Got some good work in yesterday. I knew the adrenaline was going to kick in, and it was time to go. It was a big game for us,” said Booker during his postgame interview.

Booker was one of five Suns players in double figures with 13 points, five rebounds, three assists, and some clutch shots in the fourth quarter.

“He competes his tail off on defense which he doesn’t get enough credit for, but the shots that he hit in the second half, the pull-up midrange shot, not many people can get to that shot, let alone make that shot,” said Williams. “It was good to have another anchor out there when Chris was going.”

The Suns and Pels were all tied up after the first quarter, and New Orleans took a 10-point lead into halftime, 58-48.

“They were playing with their heart and just playing harder than us,” said Williams of the Pels. “But to hold that team to 24 in the 4th when we needed stops, we just had a little more in the 4th.”

The Pels had seven players in double figures, led by Ingram with 21 points, five rebounds, and 11 assists, but the Suns came out strong in the third, outscoring the Pels by seven points and nine points in the 4th.

Phoenix takes on Dallas Monday, May 2, at Footprint Center.