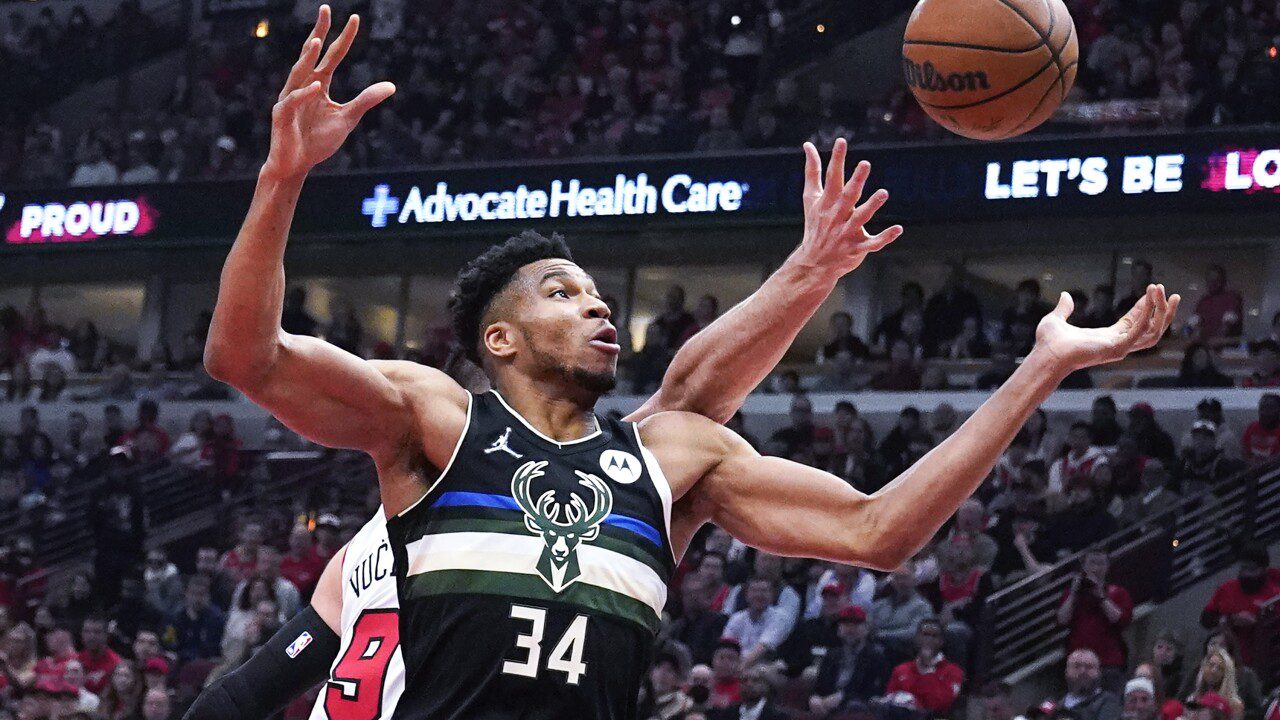 The Milwaukee Bucks are just one win away from wrapping up their series with the Bulls after defeating Chicago 119-95 at United Center.

Giannis Antetokounnmpo put on an MVP performance, scoring 32 points, grabbing 17 rebounds, dishing 4 assists, and 2 blocks to lead the Bucks and make a claim for the regular season MVP bragging rights.

The Bucks had four players in double figures including, Grayson Allen, who led all Bucks’ scorers in the first half with 16 points off the bench as Milwaukee took a 56-41 lead.

“Knocked down a couple shots early and got in a rhythm,” said Allen during postgame comments.

Allen was 6 of 7 from behind the arc and the team shot 51.5 percent from 3-point range.

The win gives the Bucks a 3-1 lead and an opportunity to finish off the Bulls Wednesday back in Milwaukee.

The Bulls started the second half slow but went on an 11-0 run in the third quarter, thanks to back-to-back buckets by Ayo Dosunmu to cut the Bucks’ lead to nine points before Giannis took control.

Guard Alex Caruso, who played a major role in the Bulls’ early-season success, left late in the first half after being hit in the face by the Bucks’ Jevon Carter.

Caruso was being evaluated for a possible concussion.

The first-year Bull suffered a fractured wrist last January after a flagrant foul by the Bucks’ Grayson Allen.