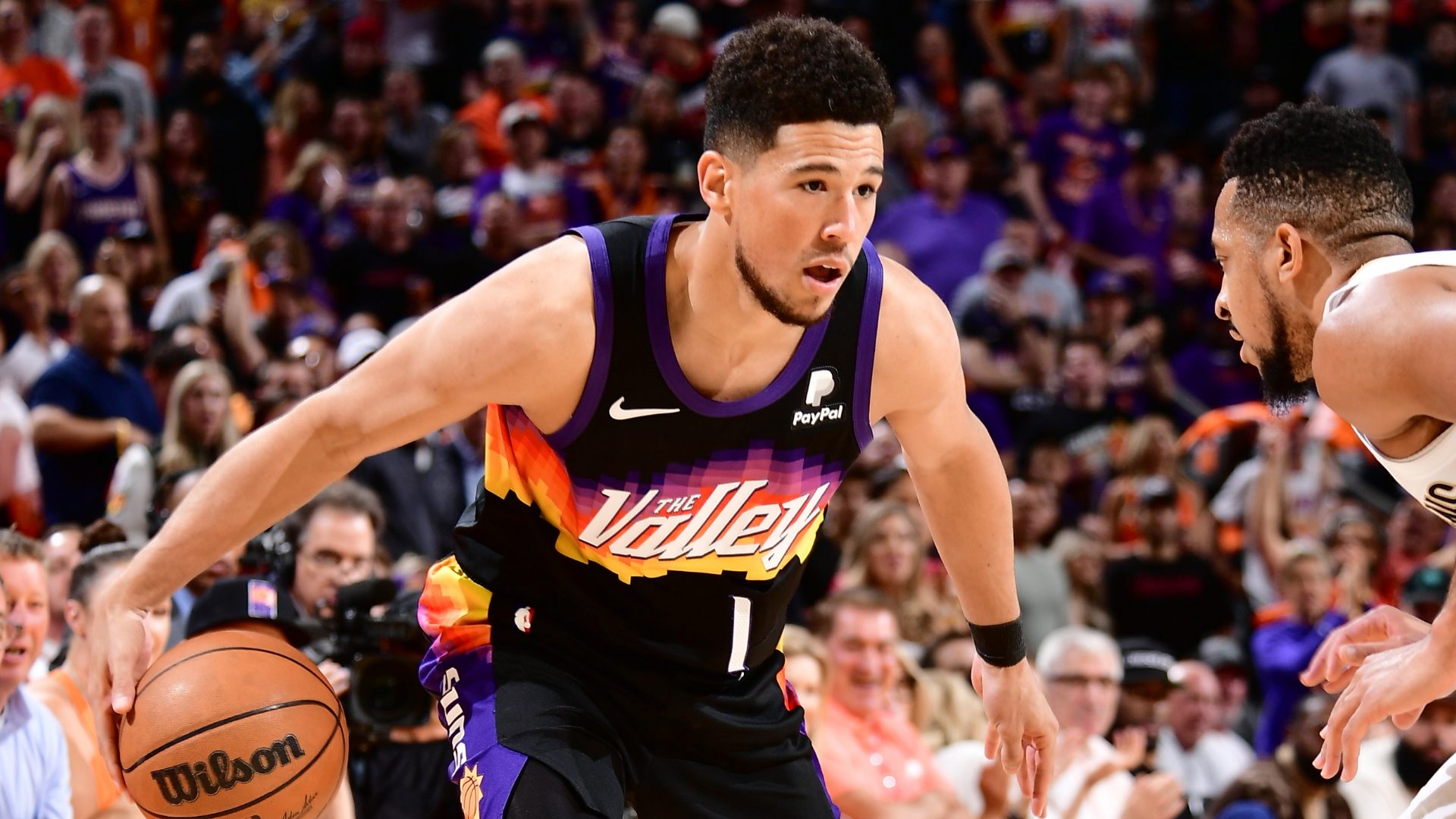 Phoenix Suns’ star Devin Booker suffered a Grade 1 right hamstring injury per ESPN’s Brian Windhorst and could miss the next two to three weeks of action.

Sources told ESPN, that the Suns were still evaluating Booker’s MRI, but he will likely miss Game 3 and Game 4 against the New Orleans Pelicans at Smoothie King Center.

The three-time All-Star sustained the injury while chasing down Pelican Jaxon Hayes on a fast break dunk.

Booker would sit out most of the second half after scoring 31 points in the first.

This isn’t the first time Booker has injured his hamstring.

Last November, he missed seven games with a left hamstring strain, and last year he injured his hamstring in Game 3 of the NBA Finals but played through.

He also missed four games with a left hamstring injury during the 2020-21 regular season.

The  Suns, who are favored by many to represent the West in the NBA Finals, are now all tied up at 1-1 with a Pelicans team gaining confidence with every game.

Phoenix proved they could win without Booker during the regular season going 8-3, but only three of those games were against playoff opponents.

“Our guys are more than capable of stepping up,” said Chris Paul Tuesday.

Landry Shamet came off the bench to replace Booker after his injury, scoring five points in 12 minutes.

“That’s just guys staying ready, and we’re gonna need guys Game 3. We’re gonna need everybody throughout this deep playoff run that we hope that we have. It’s been a season like that for us. Next man up, guys stay ready, and Sham was ready,” said Paul.

The series winner will take on either Dallas or Utah in the Western Conference Semi-Finals.

The Mavs managed to win Game 2 despite dealing with the absence of their star guard Luka Dončić.