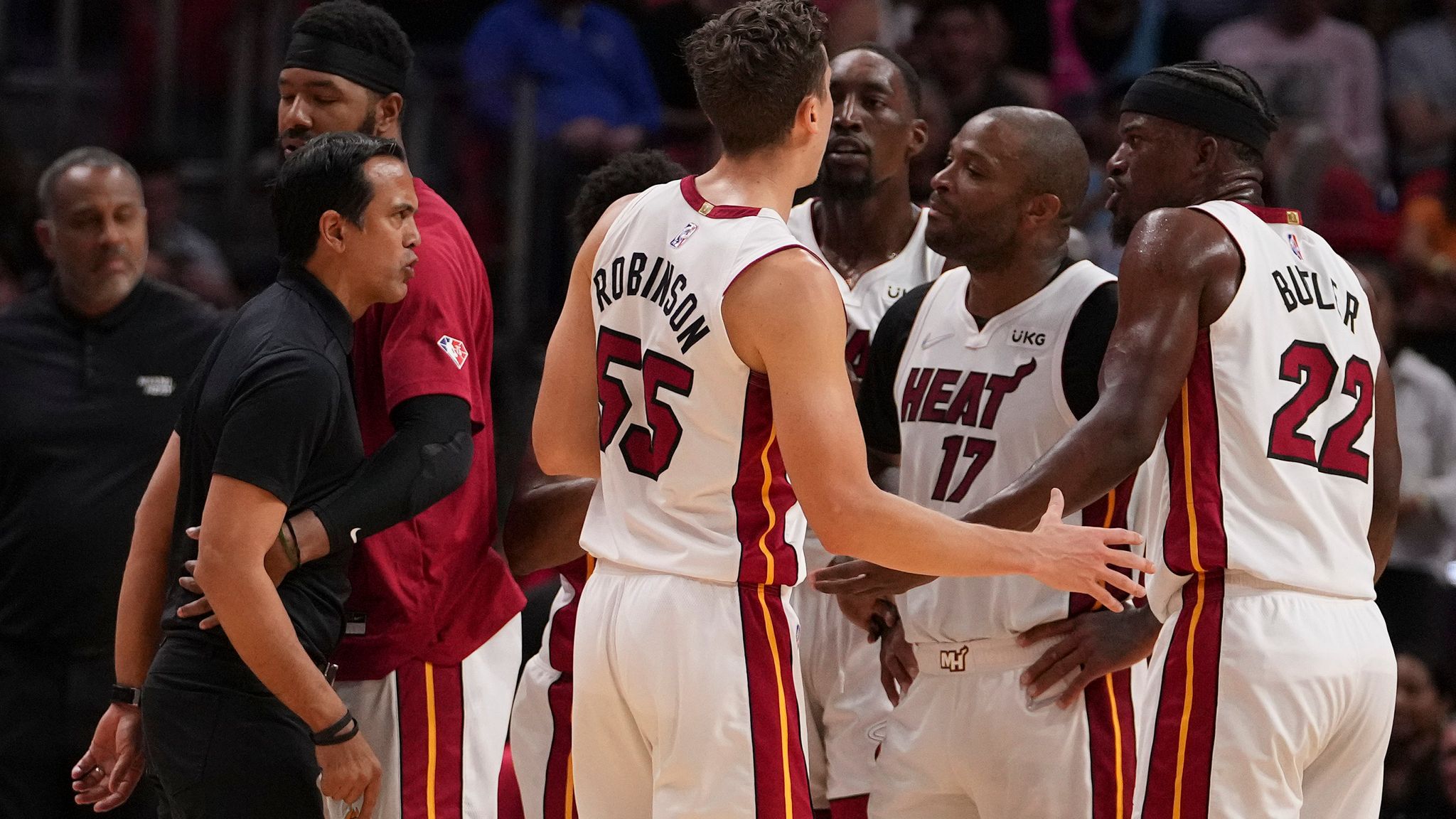 The Heat was on at FTX Arena Wednesday night; the only problem was it was turned up on the sidelines instead of the court as coach Erik Spoelstra and Jimmy Butler went at it during a time out.

With the Warriors in the middle of a 19-0 run in the third quarter, tensions flared between Spoelstra and Butler, with Udonis Haslem jumping in the mix.

Coach Spo is heard asking Butler, “What? You think I’m going to fu**ing fight you?” and Udonis Haslem adds, “I’ll beat your a**.”

The arguing continued onto the court, and all three would have to be held back from each other.

Erik Spoelstra: “What? You think I’m going to fu*king fight you?

“are you f**king crazy?” pic.twitter.com/xXPsKti9Bf

The 41-year-old Haslem has spent his entire 19-year career with the Heat and has been called the team’s “seatbelt” when things start going off course.

However, Butler has a tumultuous history with teammates.

He left Minnesota after issues with Karl Anthony Towns and bolted the Sixers to join Miami partly because of Ben Simmons.

Still, Spoelstra downplayed the incident after the game.

“We have a very competitive, gnarly group, and we’re getting our asses kicked. Two straight games we’re not playing at the level we want to play. And I would say virtually every single person in that huddle was pretty animated about our disappointment and how we were playing,” said Spoelstra.

The Heat’s Kyle Lowery also made light of the incident.

“Our guys really want to win basketball games, and we have guys that work extremely hard,” point guard Lowry told reporters afterward per ESPN. “The passion comes out. The fire and the emotions come out sometimes. But like I said, to us, it’s nothing.”

It was the second straight loss for the first-place Heat and the fourth in their last seven games.